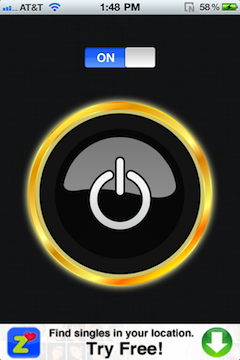 Another day, another flashlight app. It’s just the life of being an iPhone blogger. This time around the flashlight in question is called MakTorch, an app available for free on Cydia for jailbroken iPhones.

So, what distinguishes MakTorch from the rest of the playing field, besides its hilarious banner ads?

Most of the flashlights on Cydia are jailbreak tweaks, but MakTorch is a full-fledged app. This means that it features an app icon on your Home screen that is used to invoke the app… 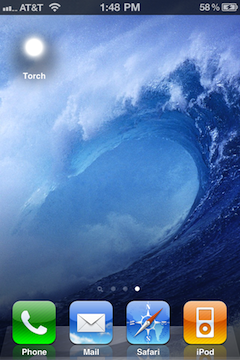 Once it’s opened, a huge power button populates most of the iPhone’s touch screen. When the button is held down or released the LED flash turns on or off respectively. It’s similar to the push button mode of a real flashlight.

Alternatively, you can simply slide the ‘off’ button to ‘on’ and reverse the operation of the power button. 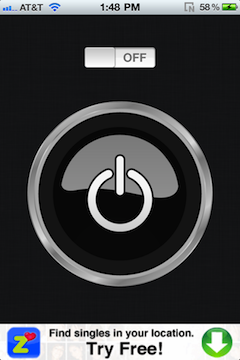 As a flashlight app, MakTorch doesn’t feature all of the bells and whistles that similar apps have in Apple’s Official App Store. And being that it’s not a tweak like SpringFlash, you can forget about running your flashlight in the background as well.

So, what are the benefits of MakTorch over other flashlight apps? Well, in a sense, nothing. But hey, that’s the beauty of the iPhone; we have plenty of choices when it comes to our apps.

Which torch do you use?