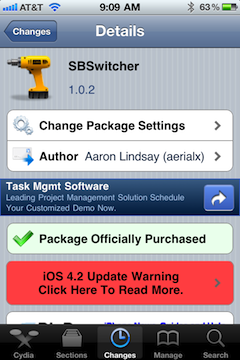 The first thing I thought when I first saw SBSwitcher on Cydia is “Wow, that’s pretty expensive.” Indeed $2.99 is quite the hefty price for a jailbreak tweak that essentially duplicates the functionality that you’ve been enjoying all of this time for free.

SBSwitcher is basically SBSettings placed in your app switcher. Unfortunately, only the toggles apply here, so if you want to invoke any of the other SBSettings functionality, like say, respringing, you’ll have to resort back to your old methods…

With that in mind, there has to be some redeeming factor for SBSwitcher, right? Surely, $2.99 will travel further than that, no?

Aesthetically speaking, SBSwitcher is nice because it mates SBSettings with stock iOS functionality; that is, it makes SBSettings feel more like a native part of the iPhone. 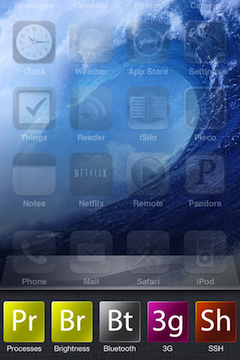 When someone looks over your shoulder, and sees you pull up SBSettings by means of an activator swipe, for instance, they know your iPhone is jailbroken. SBSwitcher makes said functionality a bit more transparent.

There are a few options that are added to the settings app by means of this tweak, which alter the way the app switcher works. Sadly, none of them bring anything particularly important to the table. 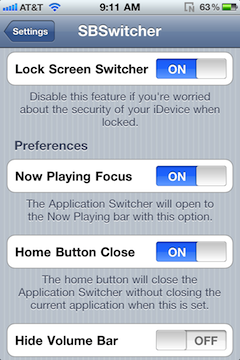 Only the most frivolous spender would consider $2.99 a good deal for a tweak that duplicates existing functionality, and doesn’t even do a notable job of doing that.

SBSwitcher looks pretty, especially since it maintains your SBSettings themes for the toggle buttons, but it’s just too expensive for its own good.