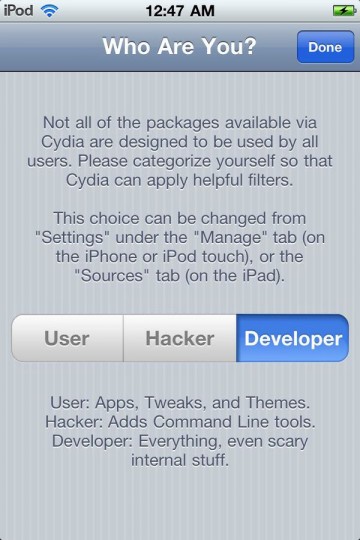 When Cydia acquired Rock a couple months ago, Saurik acknowledged that Cydia was in great need of a facelift, and said that Chpwn was actually working on it to make it look better. Things aren’t going as fast as we’d want them to, but there is still some progress made by Chpwn.

MuscleNerd tweeted this screenshot of the new Cydia earlier. That was pretty exciting until I saw this tweet from Chpwn who basically said it was all they had done on the new Cydia for the time being…

That’s not much work done so far, but we’re still on the right track. I certainly hope Chpwn and Saurik find the time to revamp Cydia and give it the strong backbone it deserves.

In the meantime we can always hate or praise Cydia for what it is right now.