I’m a little late to the Game Center party, because I was waiting to jailbreak 4.1. But now that I’ve arrived, it doesn’t feel like much of a party. Apple’s much touted Game Center app is supposed to be an “out of the box” focal point for all your iPhone (3GS/4), iPad, and iPod touch (2G-4G) games.

Compare your scores with friends, see how you rank worldwide, and try to achieve game goals to earn bragging rights (or to let people know how much free time you have to waste). You can also challenge friends to matches or play strangers in a multiplayer matchup.

Game Center does everything advertised above, so why am I not having any fun? Because this is what I was greeted with upon logging in: 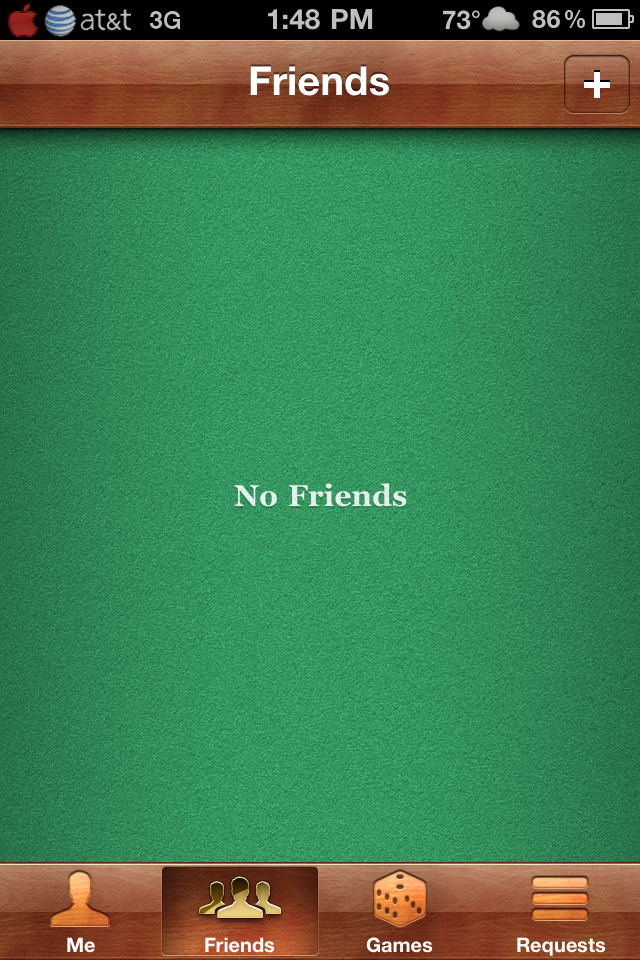 After getting over the initial shock that Apple was basically telling me I’m a loser, I realized that I would have to request my friends to be on my Game Center list. I can understand this. In the Facebook-privacy era of the internet, nobody wants to be on a list without permission.

What I don’t understand is this: why Apple won’t find my friends in my phonebook that are already on Game Center. Instead you have to manually search by email or username (which is custom-created, and we know how people like to make up weird handles).

Plenty of other apps use your phonebook to find users: Tango, Loopt, Gowalla. Does Apple not know how to utilize their own software? Are they too stubborn to hook up with Twitter or Facebook to search for friends? (I know what your answer is, Ping).

Perhaps it’s more complicated because those apps search for other users by phone numbers, and no doubt Game Center has plenty of iPod Touch users, but still. Do the work for me, Apple. Not because I’m lazy, but because it’s more fun. I don’t know which one of my friends has 4.1 installed or has a 3GS or iPod Touch 2G or later. But you do!

Overall, I love the app for its simplicity, and it seems like it can be a lot of fun. But I thought that Game Center would be a great way for casual gamers like me to instantly link up with friends and have fun. Instead it feels like you have to be a pretty hardcore, dedicated gamer to go hunting for friends that care enough to create an account, receive your email request, and then accept it.

Or maybe I am a loser. After all, some people have too many friends.

What about you iDB readers? Do you have plenty of friends on Game Center, or do you have a bunch of pending requests? Has Game Center been all the fun you hoped it to be? And help me feel more popular by adding me: ALLTHINGSMATT, and ad Sebastien too: SEBASTIENPAGE.