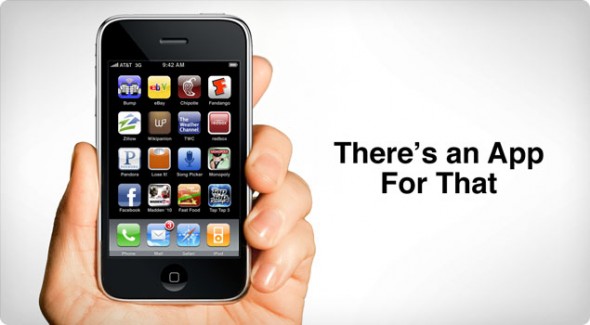 Apple’s trademark filing for their famous catchphrase, “There’s an App For That” has been approved by the United States Patent and Trademark Office. The patent is filed under the Advertising, Business and Retail Services, Computer and Software service and Scientific services categories.

This doesn’t mean that there can’t be anymore cheesy blog headlines with the catchphrase (which I have been guilty of a couple of times). It does mean that Apple can pursue a commercial infringement of the trademark with much greater ease in court…

So we probably won’t be seeing ads like this anymore. Apple technically has been able to enforce the trademark since its conception in the beginning of 2009. Even though the patent has been in review for this long, Apple’s trademark technically would have been in effect from the moment it was first used. Having the official certificate just makes legal action more justifiable.

The patenting of a whole phrase seems a little excessive to me, but it makes sense on the business side of things. What do you guys think? Did Apple go a little too far with this one?