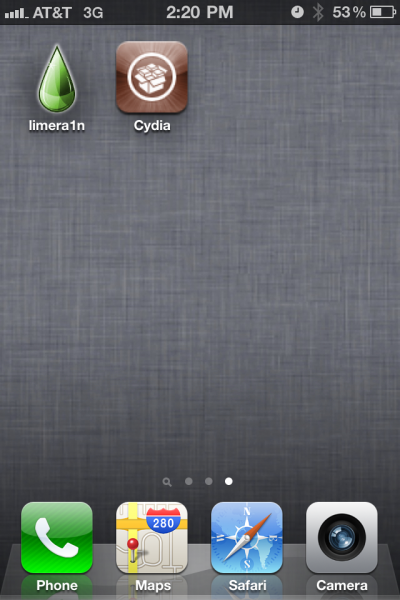 Geohot’s LimeRa1n jailbreak has been released, and even though it comes with its fair share of downsides, it does work for some people. Thanks to iDB reader Whammy who send me screenshots of LimeRa1n in action, we’re now able to get a tutorial for you.

This tutorial was done with a PC but LimeRa1n will also work if you have a Mac, and the steps will the exactly the same.

Note: You must run LimeRa1n as Administrator.

Step 2: Plug your iPhone in and launch LimeRa1n then click “Make it Ra1n”.

Step 3: Follow the onscreen instructions: hold the Home and Power button together.

Step 6: LimeRa1n will have your iPhone enter DFU mode and will then work its jailbreak magic.

Step 7: Your iPhone is almost jailbroken and you should see the following messages. 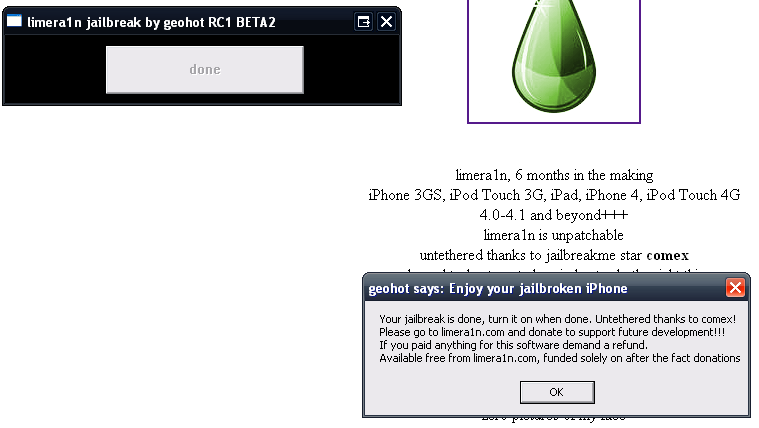 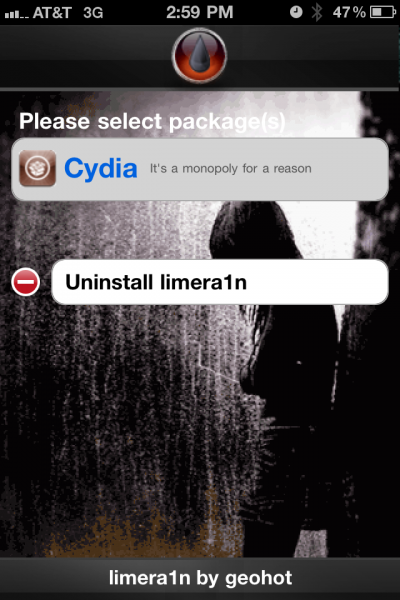 Step 9: Once Cydia is installed, you can uninstall LimeRa1n from the LimeRa1n app on your iPhone.

Let us know how it goes for you.