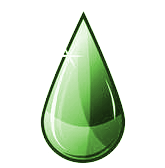 Geohot just released the LimeRa1n jailbreak for iOS 4.1 (LimeRa1n download here). LimeRa1n will jailbreak the iPhone 3GS, iPhone 4, the iPad, the iPod Touch 3G and 4G. So far it is Windows only but a Mac and Linux version are in the work.

Geohot claims he released LimeRa1n today to get the Chronic Dev Team to do the “right thing”. Basically Geohot is saying “F U” to the whole jailbreak community….

LimeRa1n is still in beta so get ready for those bad ugly bugs. Here is what Geohot has to say about LimeRa1n:

limera1n, 6 months in the making
iPhone 3GS, iPod Touch 3G, iPad, iPhone 4, iPod Touch 4G
4.0-4.1 and beyond+++
limera1n is unpatchable
untethered thanks to jailbreakme star comex
released today to get chronicdev to do the right thing
brought to you by geohot
Mac and Linux coming soon
follow the instructions in the box, sadly limera1n isn’t one click
that’s the price of unpatchability
as usual, donations appreciated but not required
still in beta, pardon my ragged edges
zero pictures of my face

LimeRa1n download can be found here. Here is a detailed tutorial on how to use LimeRa1n to jailbreak, but if I were you, I would stay away from LimeRa1n. It’s not been properly tested and will most likely cause more trouble than anything else.