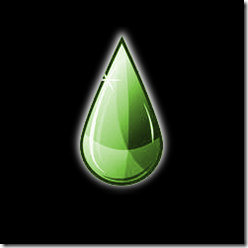 A few weeks after teasing us with a video showing an untethered jailbreak for all devices, an iPad jailbreak and an iPhone 4.0 jailbreak, GeoHot is now rumored to be releasing a new jailbreak called LimeRa1n in the next few days.

The rumor started when iHackinTosh got tipped about a new website called LimeRa1n.com. After checking the whois info, it appears that registrant info for both LimeRa1n and BlackRa1n is in the name and address of GeoHot.

The questions on everybody’s lips is now when will GeoHot release LimeRa1n and what device will it allow to jailbreak? LimeRa1n should be available in the next few days and it should work on all devices, including the iPhone and iPod Touch 3.1.3, as well as the iPad.

A jailbreak for these devices has been around for a while now but they’ve never been released in order to prevent Apple to patch the exploits in a future OS update.

While, LimeRa1n has no set release date, you can still jailbreak you iPhone with BlackRa1n, PwnageTool, and RedSn0w.

UPDATE: LimeRa1n is making the headlines again. Check our LimeRa1n page for all the latest information about this jailbreak.