Things are going fast in the jailbreak world these days. One day after MuscleNerd announced the Dev Team had jailbroken iPhone OS 4, it’s GeoHot turns to impress us with a jailbreak for the iPad.

Ealier today, GeoHot posted a tweet with a picture showing verbose mode running on his iPad. For info, verbose mode basically shows everything that your iPad is doing on bootup. It’s a clear sign that the iPad has been jailbroken.

As if it wasn’t clear enough, GeoHot posted a more straightforward picture on his blog minutes ago showing a jailbroken iPad with the BlackRa1n and Cydia icons. 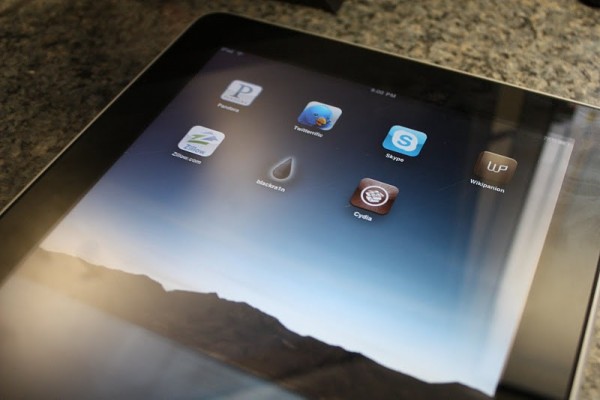 When the picture was first posted on GeoHot’s blog, it had a caption under it saying that “The new app will not be called blackra1n”. This caption has since then been removed.

The name doesn’t matter. Of course what really matters here is that GeoHot is once again the first to find a new jailbreak, this time for the iPad.

There is no estimated release date but if I had a guess, I’d say that this new iPad jailbreak should hit the streets pretty soon. It seems like multitasking might come to the iPad earlier than Steve Jobs would want to after all…