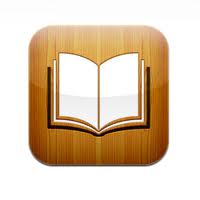 The Wall Street Journal has an article about the possibility of advertisements hitting the pages of iBooks. This annoying idea is purely speculation but nevertheless worth a thought considering Apple’s newest creation, iAds.

Books as an advertising platform would have much more influence than movies or television since readers typically reread a novel over the course of many years. iBooks would be around as long as the buyer decides to keep them on their devices, and that could be a long time considering the limited amount of space they take up.Apple would have two roles in the process as both publisher and developer. As iDB reported, the iPhone is a mecca for those wishing to advertise on smartphones. With eBook prices as low as they are it would be safe to say that authors would be interested in supplementing their incomes as well. When broken down like, this the plausibility of it all seems very real.

Normally I tend to lean on the progressive side of things but the thought of putting ads in books seems to be too much. However in doing so the cost of an iBook would certainly bottom out.

What do you think? Is this just a blogger being bored at the WSJ, or are the incentives large enough for Apple to embark on this pestering possibility? Let us know in the comment box below.