With a newly released and free jailbreak tweak called dim it by iOS developer ElioFegh, you can apply a customizable dim effect to your pwned handset’s Home Screen and/or Lock Screen to make it more appeasing to your eyes. 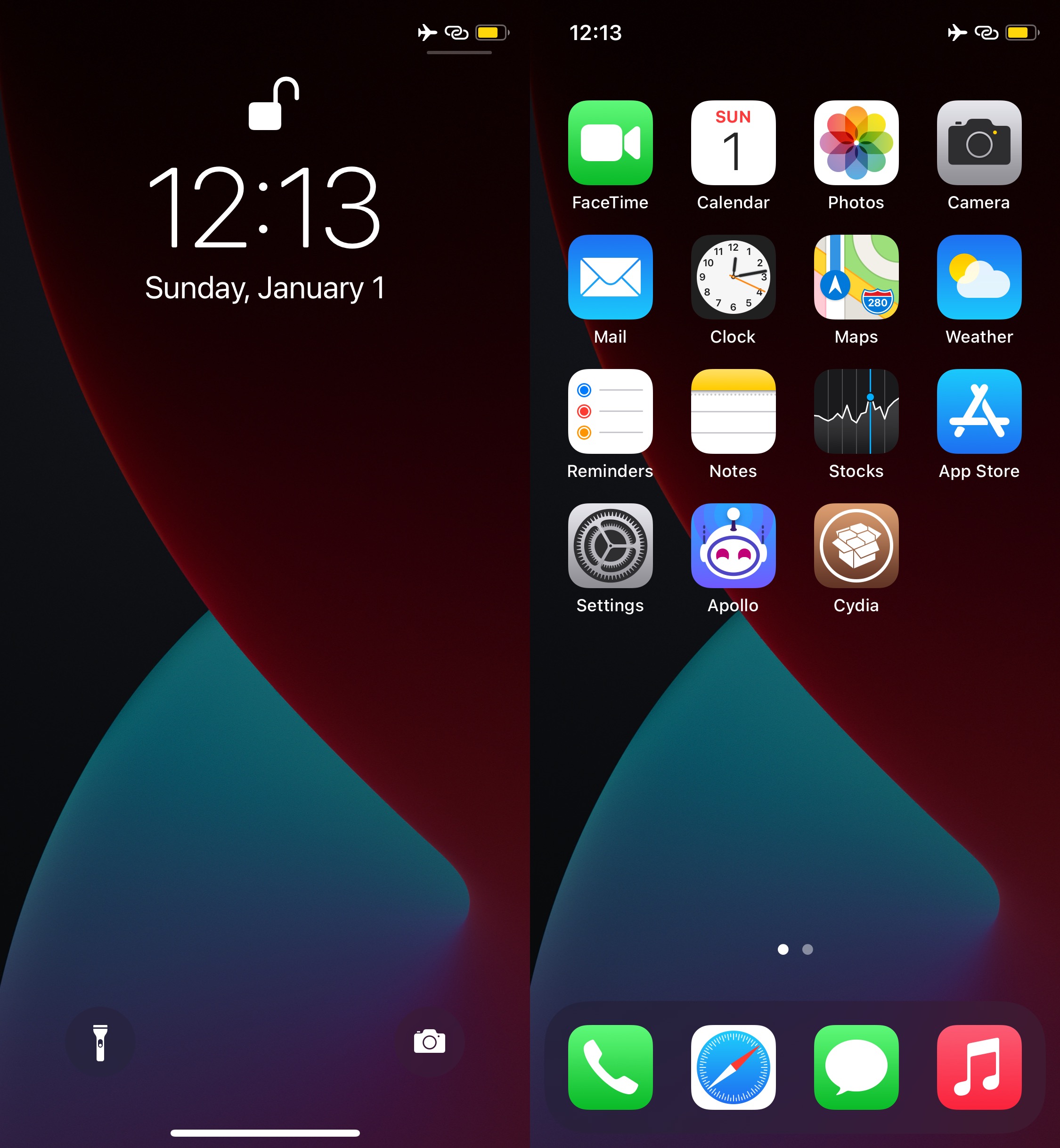 With the dimming effect of dim it.

The dim it tweak works by darkening the wallpaper on the Home Screen, the Lock Screen, or both. This makes any other details on your screen stand out more from the background, such as missed notifications, app icons, the time, and other elements that ordinarily appear over the wallpaper.

Another notable perk is that darkening a wallpaper that ordinarily appears overly bright can reduce battery consumption on OLED display-equipped handsets, so it’s not necessarily just an aesthetic preference, but a potential battery booster as well.

As you can see in the screenshot examples above and below, the dim effect can make a striking difference in the appearance of your Home Screen and/or Lock Screen. Yet, since it only applies to the wallpaper, it’s not burdensome on the eyes in any way. 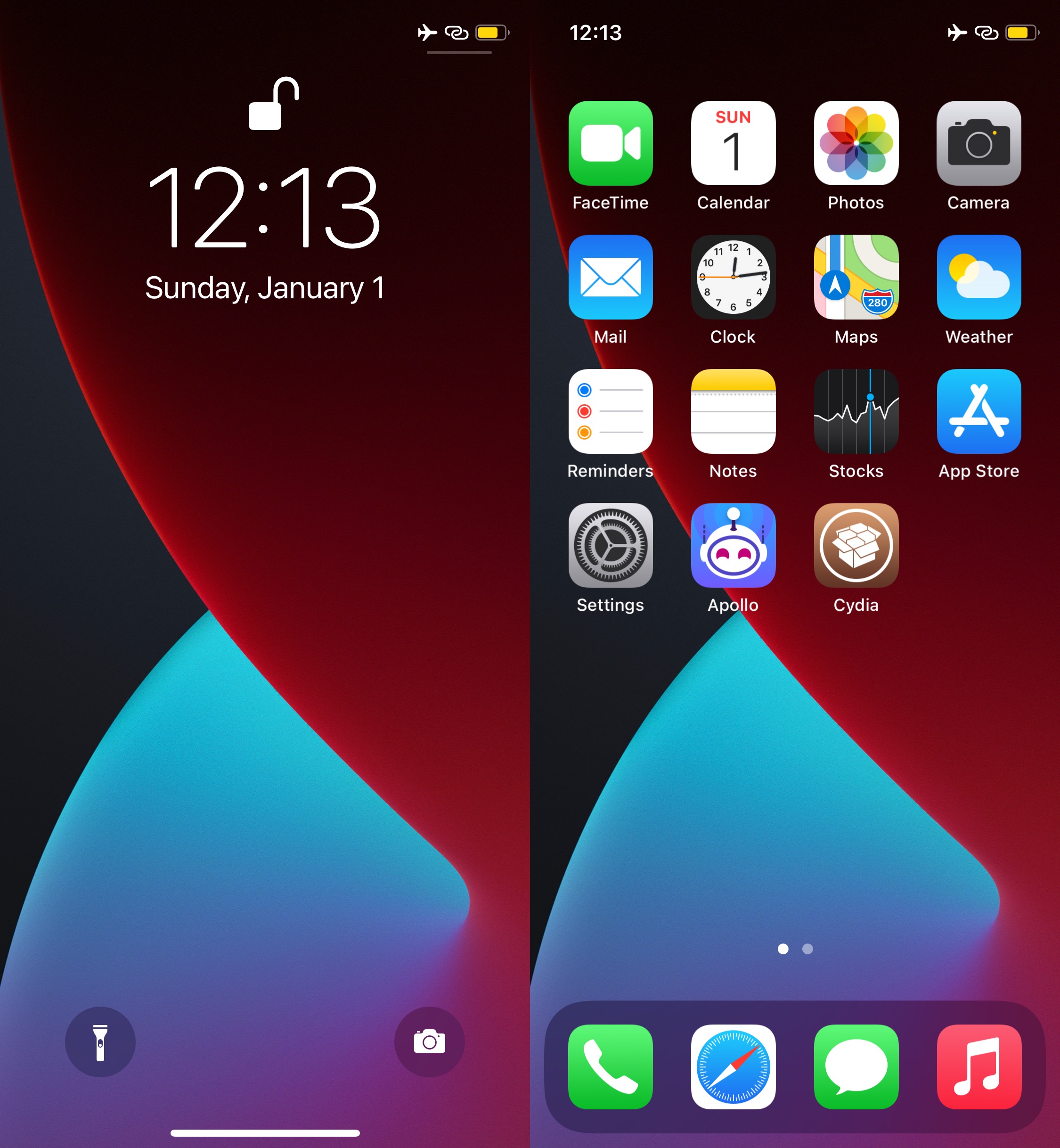 Without the dimming effect of dim it.

Once installed, users will find a dedicated preference pane in the Settings app where they can configure dim it to their liking: 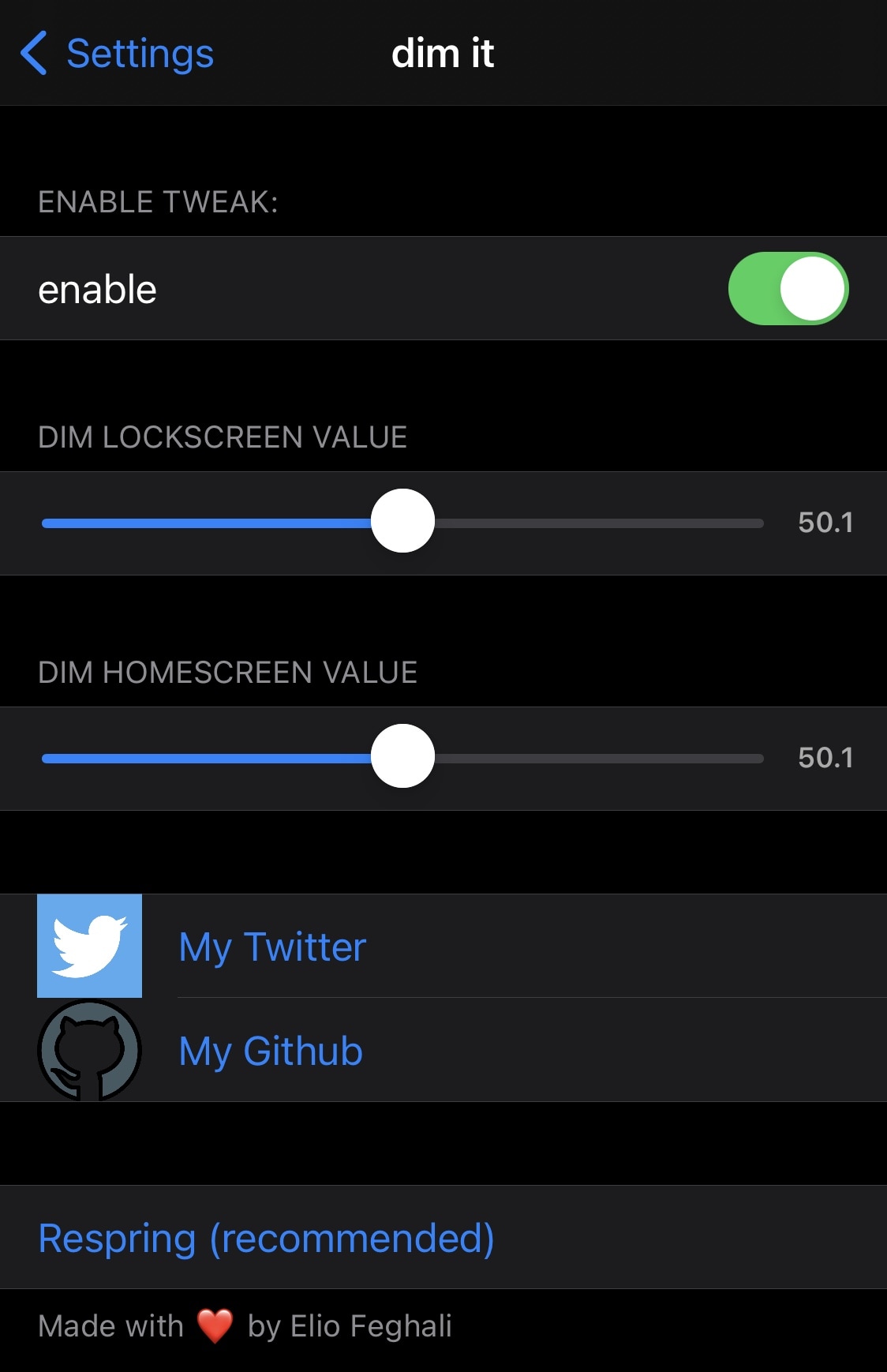 Here, users can toggle dim it on or off on demand and use two individual sliders to adjust the dimness of the wallpaper on the Home Screen and the Lock Screen independently of one another. A Respring button is provided at the bottom for users to save the settings they choose.

We like that the dimness settings for the Home and Lock Screens are independent of one another because you can use this to your advantage to make the effect as visually appealing as you like. For example, you may want the Lock Screen to appear dimmer than the Home Screen given all the color that your app icons likely emanate.

If you’re interested in trying dim it out for yourself, then you can download it for free from the BigBoss repository using your favorite package manager app. The tweak supports jailbroken iOS 11, 12, 13, 14, and 15 devices.

How will you dim your handset’s background with the dim it jailbreak tweak? Let us know in the comments section down below.