TrollStore, the utility by iOS developer opa334 that makes it possible to perma-sign apps on devices running iOS & iPadOS 14.0-15.4.1 (and some 15.5 betas), received an update on Thursday that officially brought the software up to version 1.4.5. 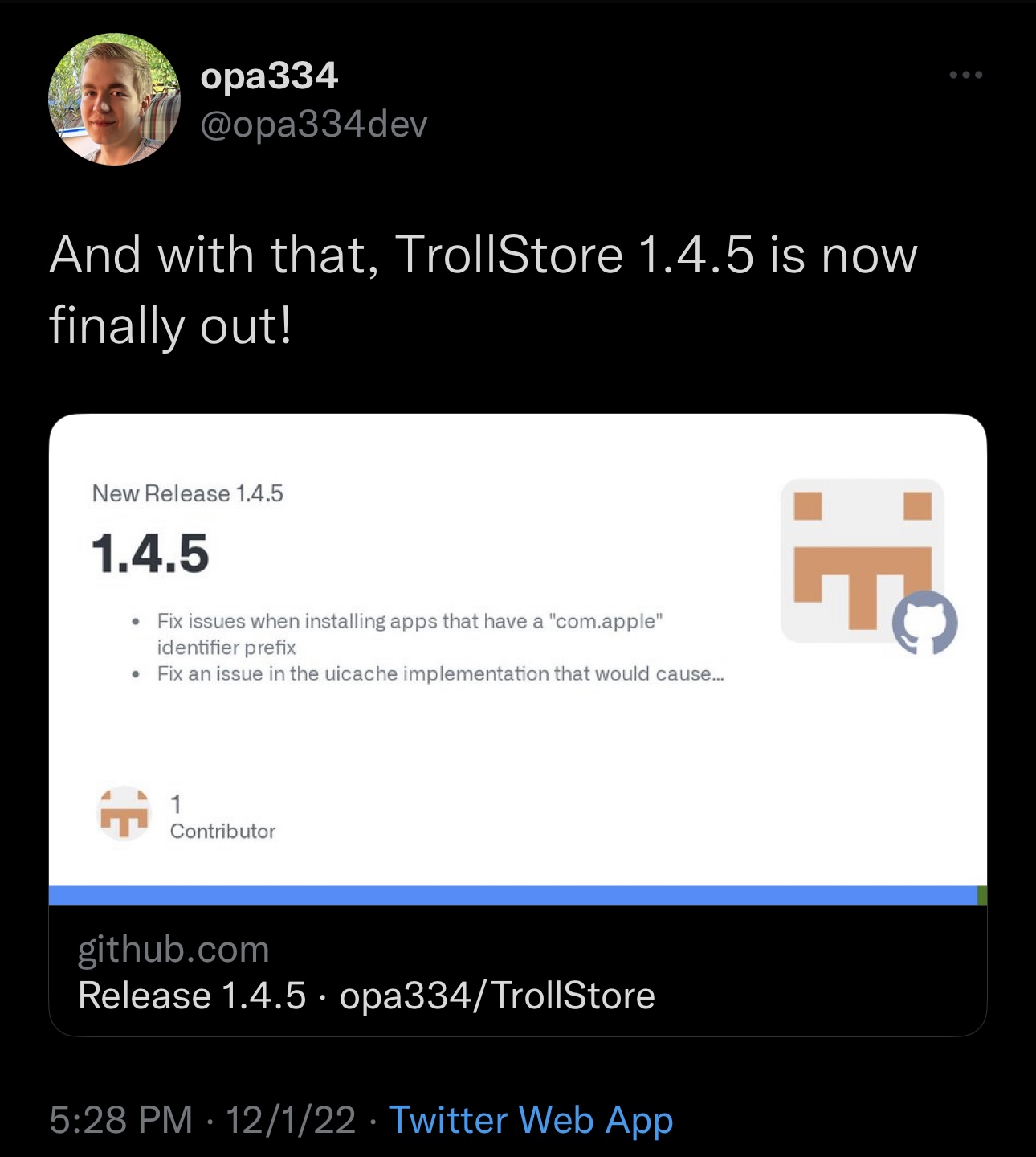 Announced via Twitter Thursday afternoon, TrollStore version 1.4.5 appears to be a bug fix and quality of life update that addresses issues that users may have been affected by. The change log cites the following changes in the update, for those wondering:

– Fix issues when installing apps that have a “com.apple” identifier prefix
– Fix an issue in the uicache implementation that would cause group containers to not get removed when uninstalling an app from Home Screen (Home Screen uninstallations have therefore been re-enabled but only on iOS 15, because iOS 14 still has the restriction issue)
– Fix an issue where the Fugu15 app could show as a destination for the persistence helper
– The option to refresh registrations in TrollHelper will now also show in the case where TrollStore itself has been uninstalled, but there are still TrollStore installed apps on the system
– Add an option to copy a debug log in case of installation failures

If you’re already a TrollStore user, then you can and should update to the latest version by using the over the air (OTA) updating mechanism in the TrollHelper app. Anyone who isn’t using TrollStore yet, and would like to, will need to get it from the developer’s GitHub page.

We’ve made the following tutorials showcasing how you can install TrollStore on various version(s) of iOS and iPadOS:

TrollStore can be installed on both jailbroken and non-jailbroken devices and allows apps to be signed permanently on supported versions of iOS and iPadOS because of a powerful CoreTrust bug. The effect is akin to sideloading with utilities such as AltStore and Sideloady, except that there won’t be a seven-day signing period due to the perma-signing effect it has.

Have you installed the latest version of TrollStore yet? Let us know in the comments section down below.