When using the YouTube app to watch videos from an iPhone, one control that’s obviously missing from the interface is a button to instantly mute or unmute the video’s audio. 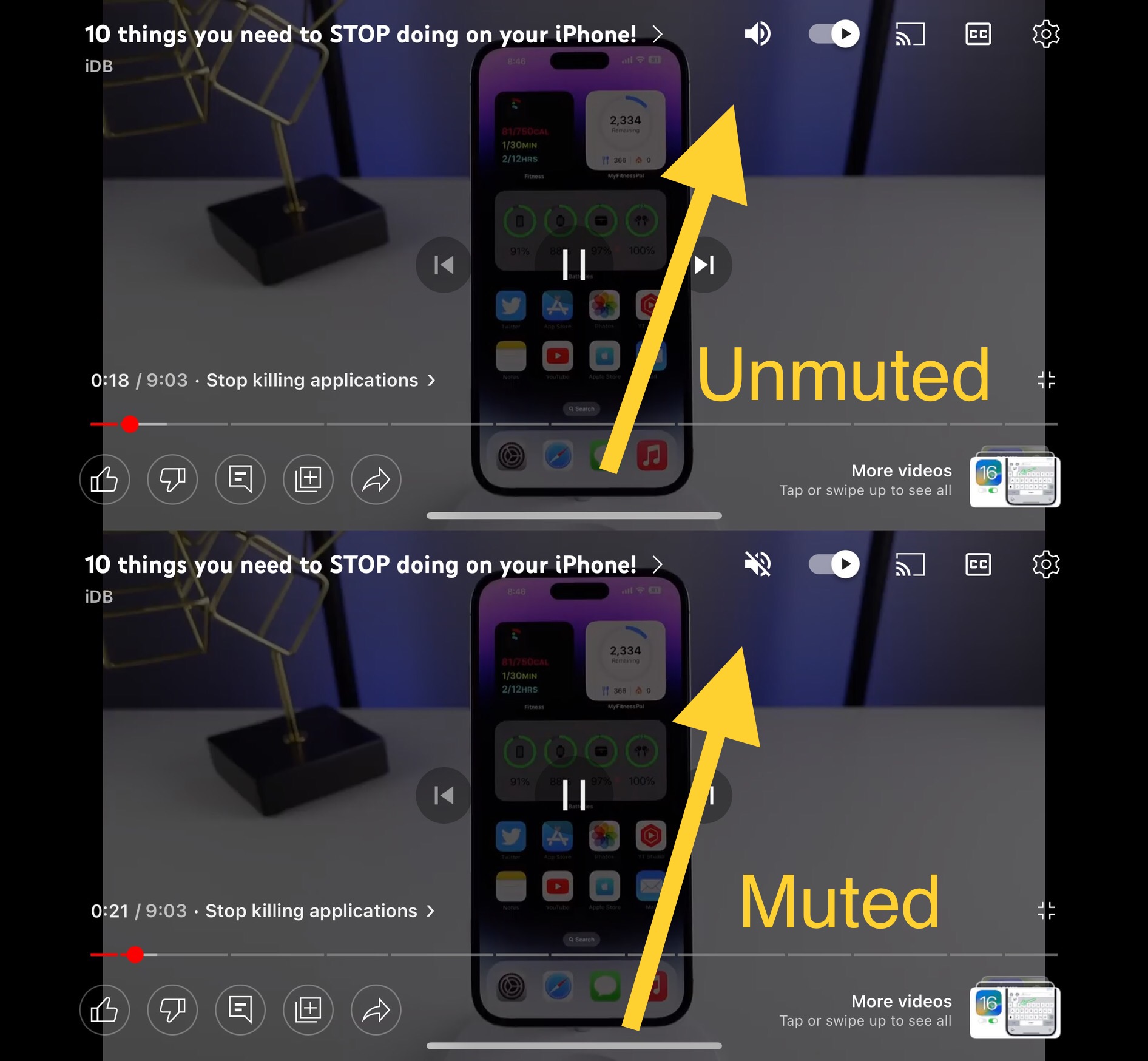 iOS developer PoomSmart solves that problem this week with the release of a new and free jailbreak tweak called YouMute that adds a dedicated mute and unmute button to the YouTube video playback interface, as depicted in the screenshot examples embedded above.

The button looks about as native as it could be in the YouTube interface, which is a pleasing sight in a world rampant with third-party interfaces that sometimes do or don’t match the existing UI, so it’s gets an A+ from us in terms of aesthetics. It’s also worth noting that the button appears in both landscape and portrait orientation when viewing videos in the YouTube app.

But good looks aside, a button is only useful if it works, and we’re happy to report that YouMute works exactly how it should without any bugs! The single tap is so much more convenient than trying to flop around with the volume button and waiting for it to reach zero. Additionally, it remembers your volume level, so you can return to it with just a tap after muting.

YouMute supports the latest version of the YouTube app, which at the time of this writing, is version 17.46.4, on jailbroken iOS 11, 12, 13, 14 and 15 devices. If you’re a interested in grabbing it, then you can download it for free from PoomSmart’s personal repository via your favorite package manager app.

Those who aren’t already taking full advantage of PoomSmart’s personal repository can add it to their package manager app via the URL provided below:

Do you plan to add a dedicated mute and unmute button the YouTube UI? Let us know in the comments section down below.