If you’ve been patient enough to wait for a true 15W MagSafe-supported iPhone charging mount for in the car, then it’s your lucky day because Belkin just today opened pre-orders for such an accessory. 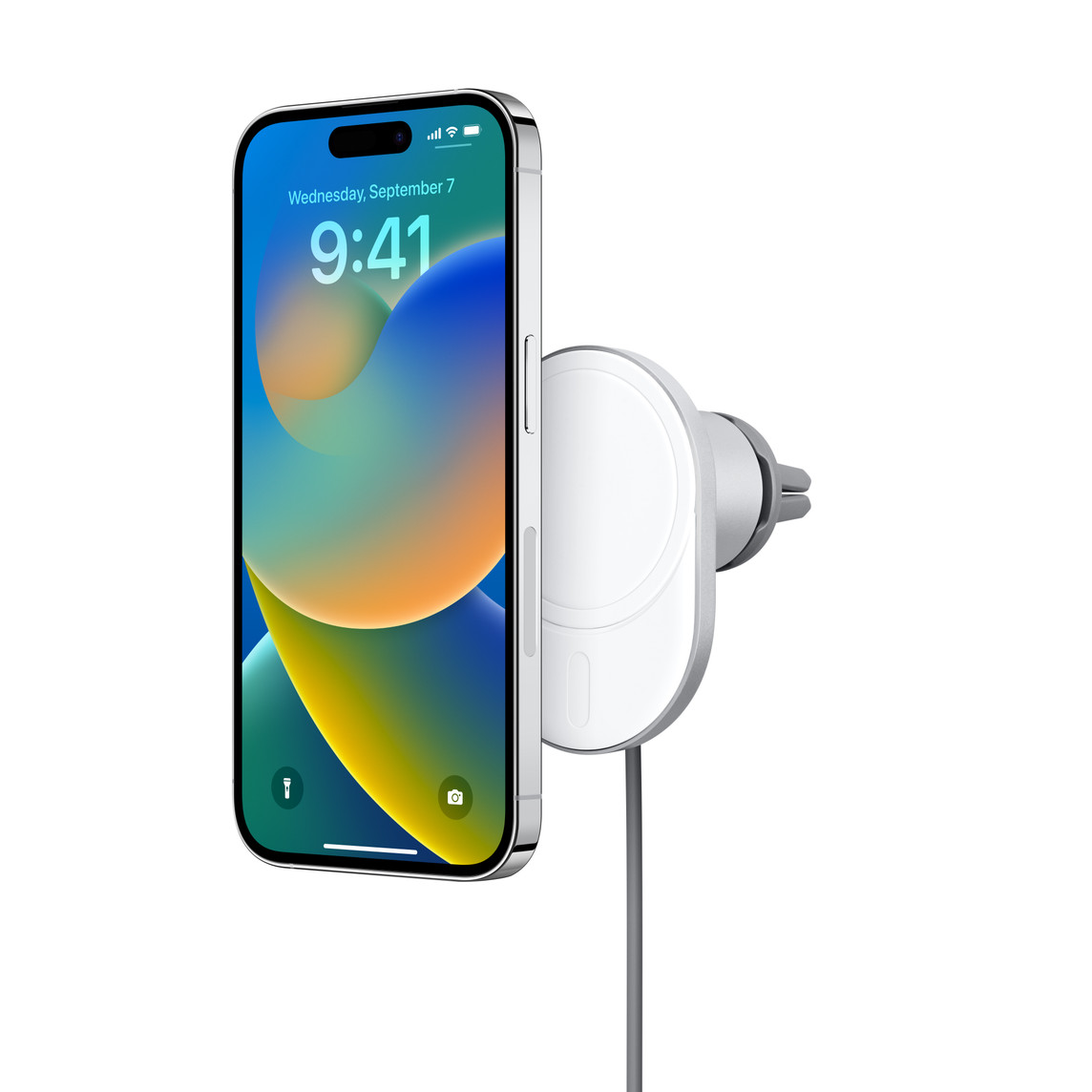 Belkin calls their new product the BOOST CHARGE PRO Wireless Car Charger with MagSafe, and it’s currently available for pre-order on Apple’s website for $99.95. Belkin also says that this is the world’s first and only certified MagSafe certified carving vent mount.

Looking closely, the product reminds us of Belkin’s non-charging MagSafe Car Vent Mount released quite some time ago. Currently priced at around $40, the biggest consumer complaint about that product was that it was only a mount and not a charger. Belkin’s new BOOST CHARGE PRO Wireless Car Charger addresses that complaint, but more than doubles the cost. 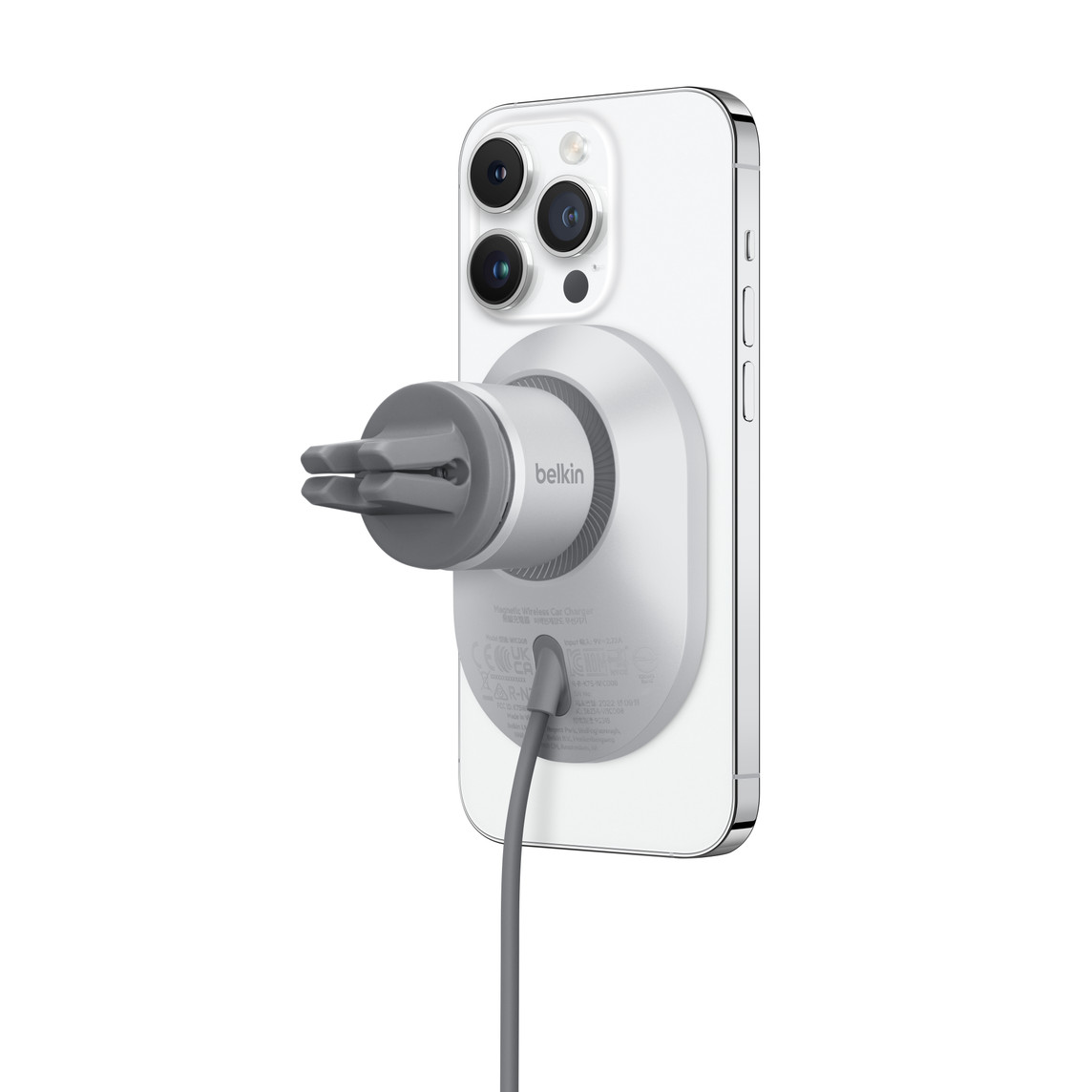 For what it’s worth, Belkin is a trusted partner of Apple’s and uses real licenses MagSafe charging pucks in its products compared to simple Qi wireless chargers with MagSafe-style magnets as many third-party manufacturers do. The biggest difference in that respect is that you only get Qi wireless charging speeds of up to 7.5W, which is half of MagSafe’s peak 15W charging speed. So the price is warranted if you fancy the higher-performing product.

The BOOST CHARGE PRO Wireless Car Charger supports mounting your iPhone in both landscape and portrait orientations, and because it mounts directly to a vent, it gets the cooling effect of your car’s air conditioning while in direct sunlight or while being used for intensive activities, such as navigation. 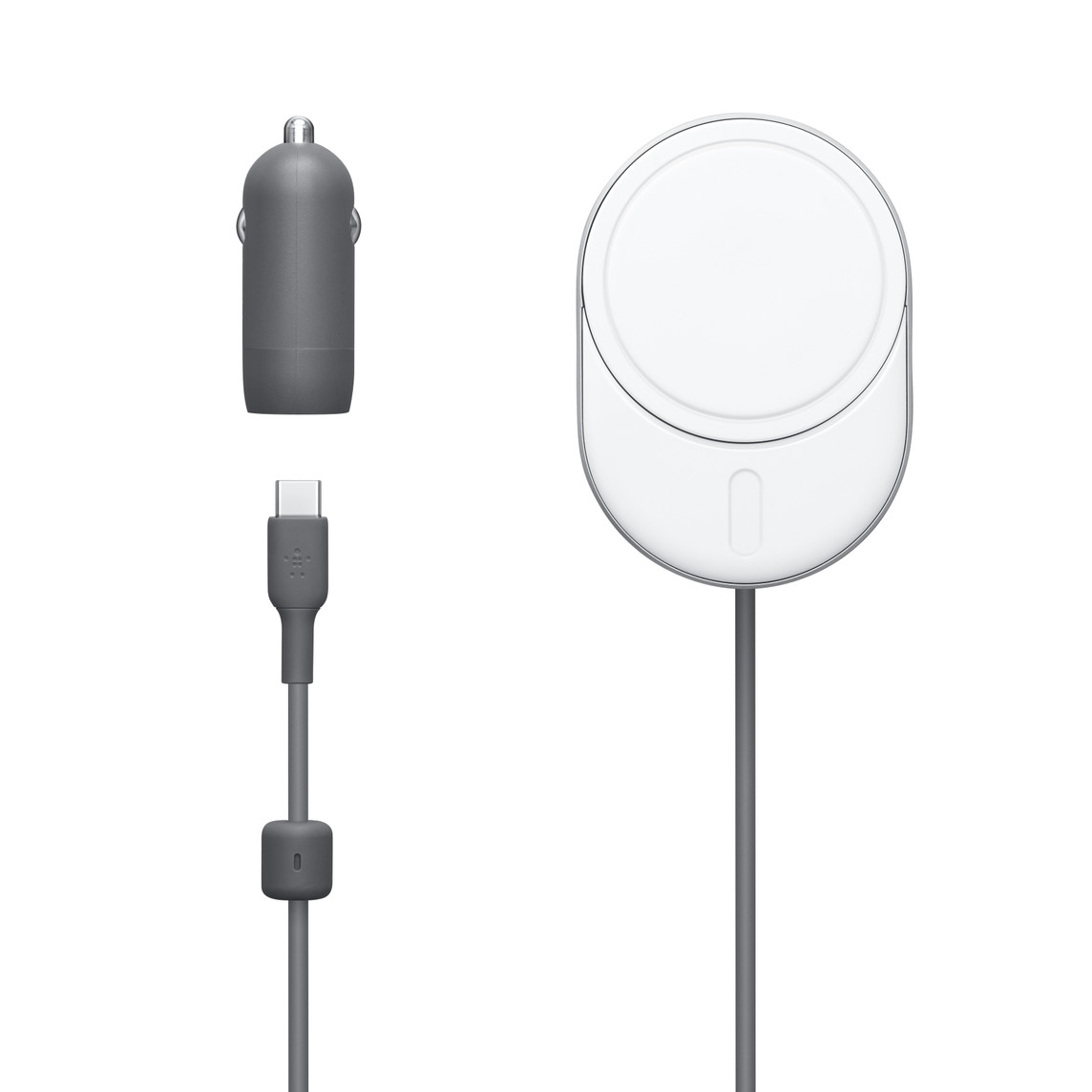 Note that like all other MagSafe-based products, Belkin’s BOOST CHARGE PRO Wireless Car Charger with MagSafe is only compatible with the iPhone 12 lineup and newer.

Will you be ordering one of these for your commute? Let us know in the comments section down below.