In this brief tutorial, we show you how to add items to a Grocery or Shopping list in the Reminders app only using Siri on your iPhone, iPad, Mac, and Apple Watch. 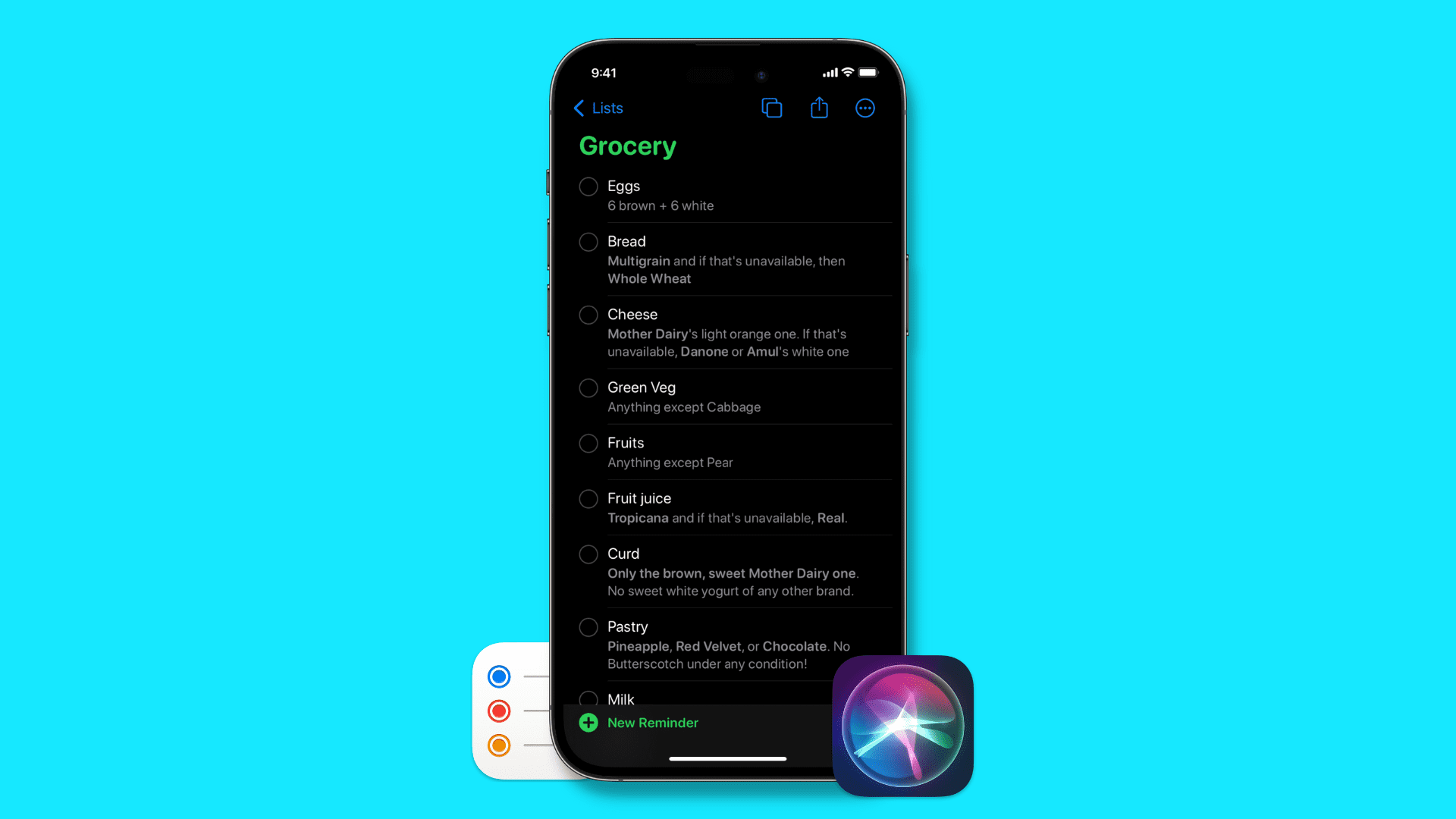 Create a Grocery list in the Reminders app using Siri

The process is pretty simple. You just create a list and ask Siri to add items to it.

Step 1: Create a new list in the Reminders app

To do this, open the Reminders app on your iPhone and tap Add List from the bottom. Next, name the list whatever you want. For the purpose of this tutorial, I called the list “Grocery.” Then tap the Done button in the top right-hand corner of the screen. 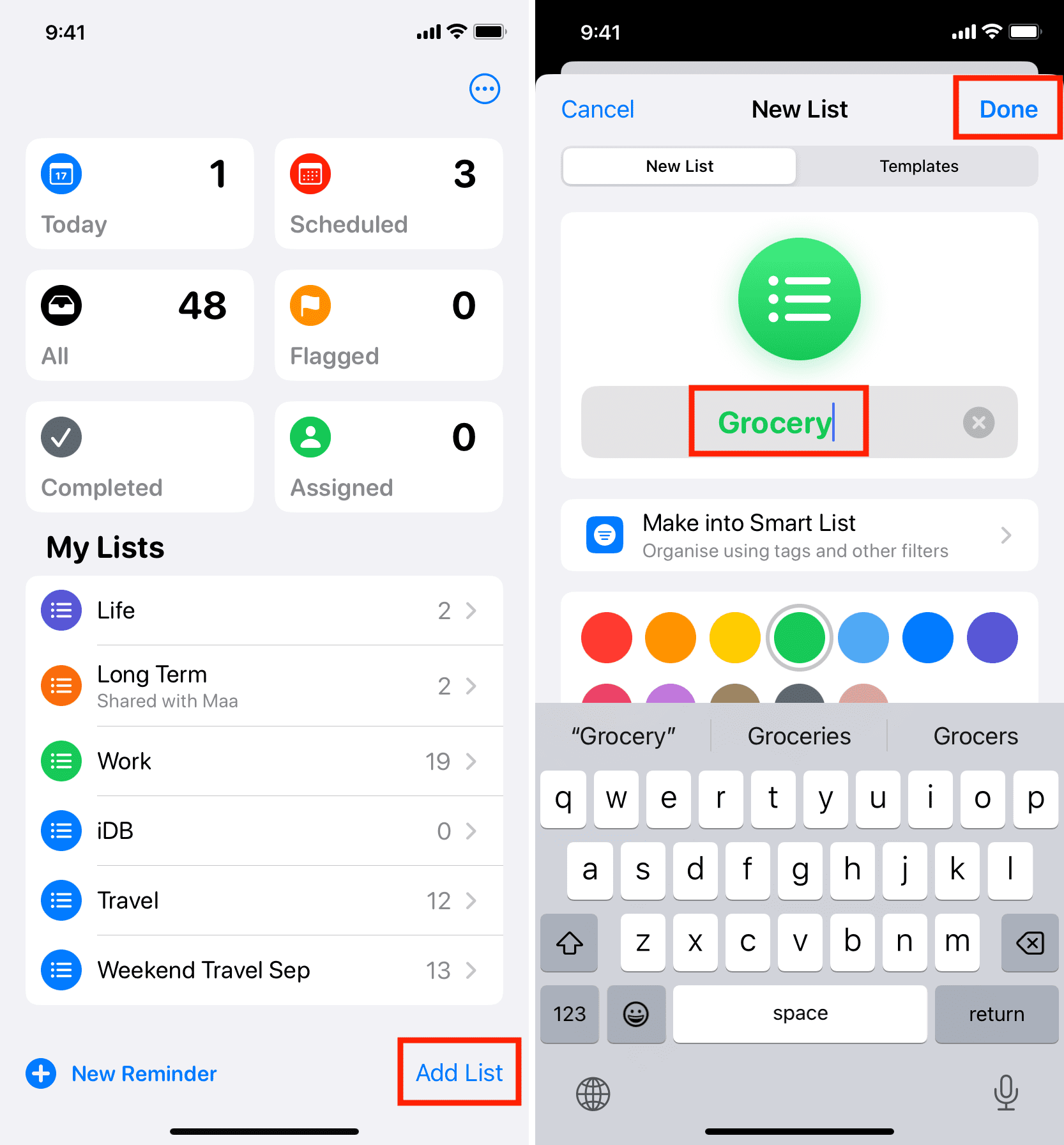 If you don’t create a list beforehand, Siri will respond with, “I didn’t find a “name” list. Do you want to create one?” You can say or tap Yes. But to make things smoother, we recommend creating a list first.

Now that the list is created, exit out of the Reminders app. Activate Siri and say, “Add milk to the Grocery list.” Siri will instantly add the item to your grocery list. It works on all Apple devices like iPhone, iPad, Mac, Apple Watch, and HomePod. You can even go further and say more complex commands like, “Add eggs to the grocery list and remind me about it at 4 PM.” 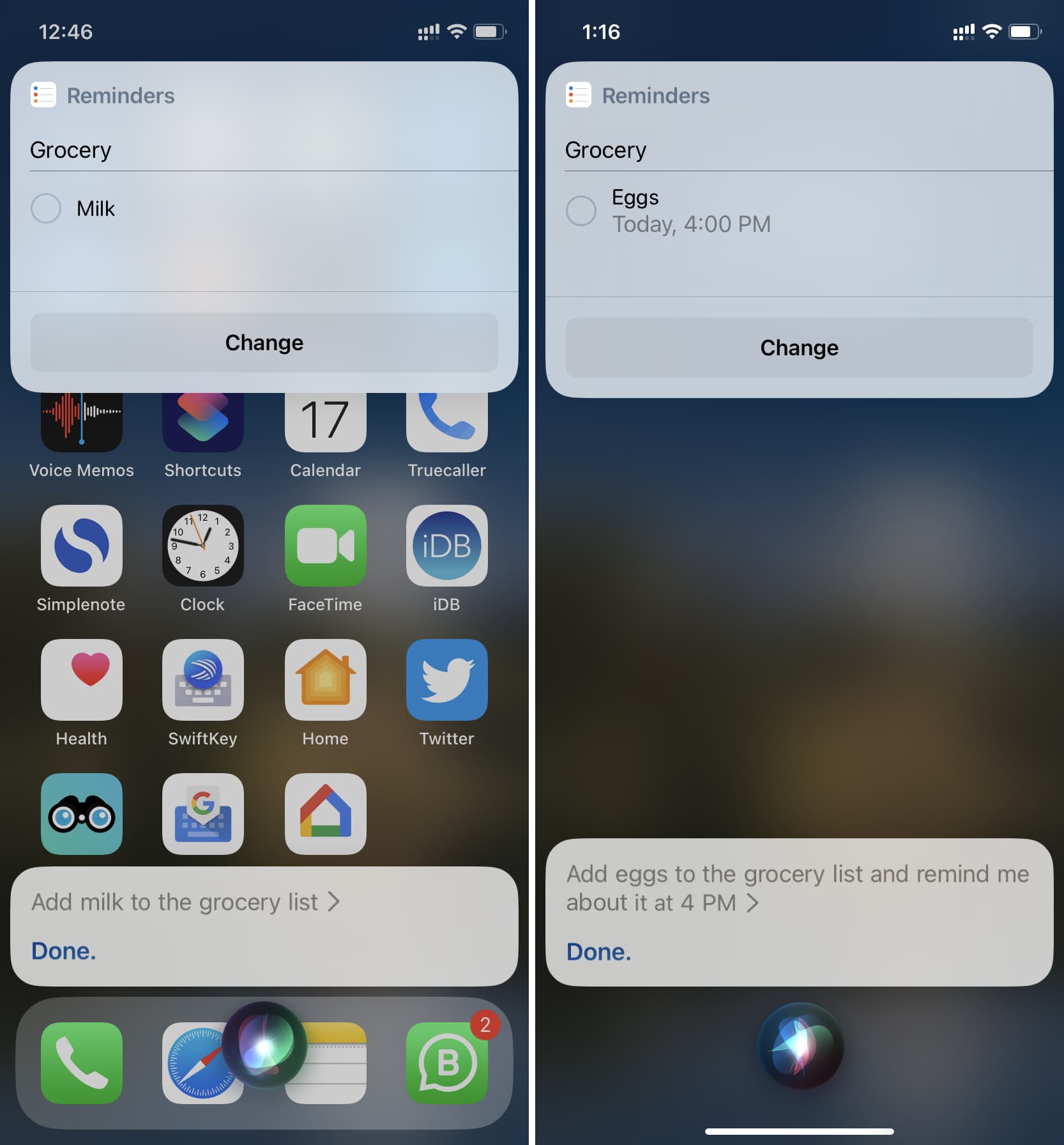 You can open up Reminders to view the list at any time. Irrespective of where you created the reminder, it will conveniently sync via iCloud to all your other Apple devices.

1) Siri is smart enough to split multiple items. So if you say, “Add bread, cheese, milk, and eggs to the Grocery list,” it adds them as separate items. However, I found that if you say the names of too many things, it may merge them all into a single meaningless task.

2) If you primarily use the Reminders app for groceries only, you can go to the Settings app > Reminders > Default List and set Grocery as the default list. From now on, any reminder you add via Siri will be automatically added to this list. So, instead of saying, “Add milk to the Grocery list,” you can simply say, “Remind me to buy milk,” and Siri will add it to the default Reminders list, which is Grocery.

3) Siri can’t remove items from the reminders list. So, if you say, “Remove milk and bread from my grocery list,” it will turn up with a sorry response.

Any questions? If yes, please put them in the comments section below.