Songs identified using Siri are now listed in the Music Recognition widget within the iPhone’s Control Center and in the Shazam app’s library. 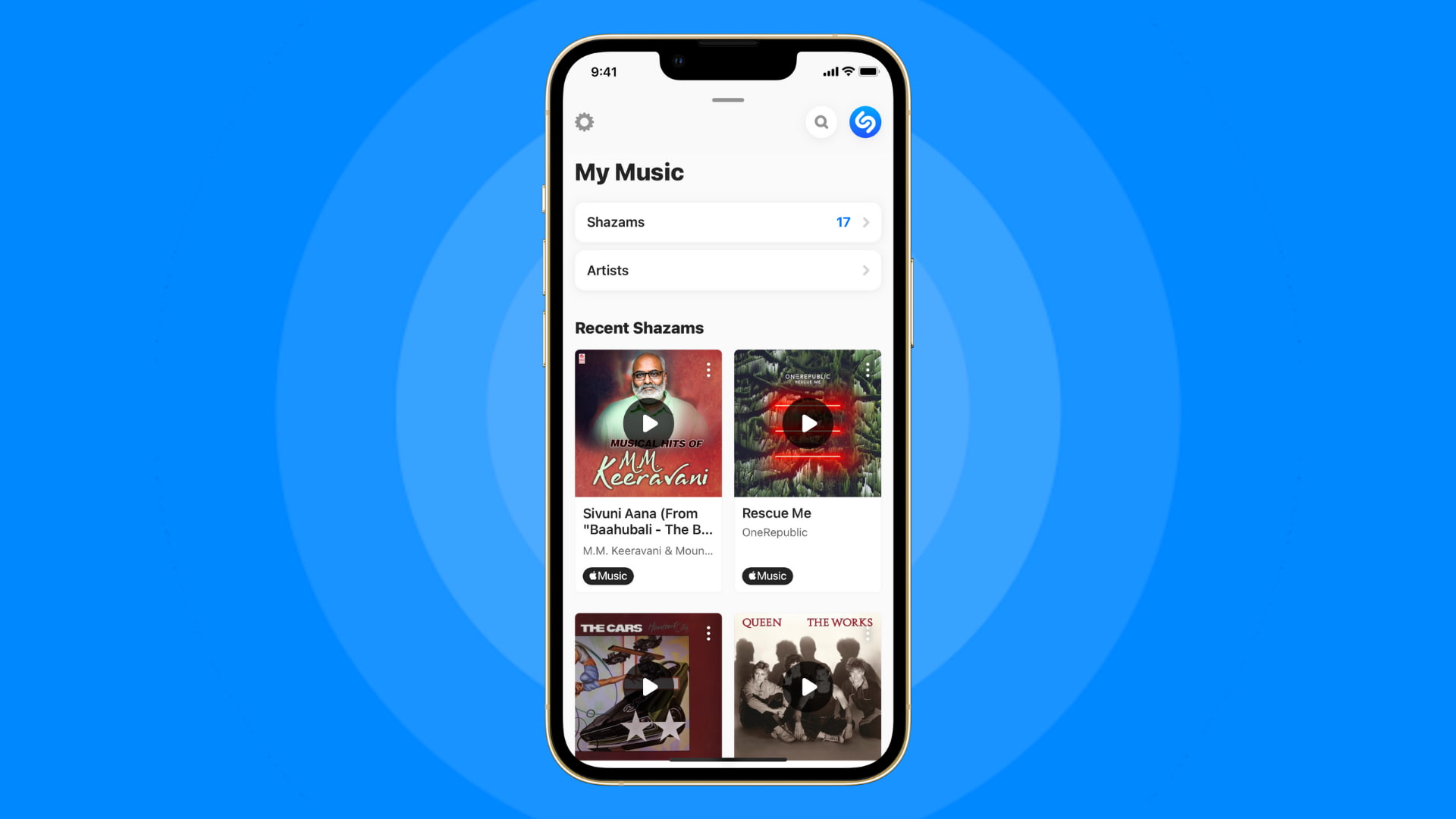 This feature requires the latest version of the Shazam app [App Store link]. Shazam song syncing originally appeared in June 2022 and back then, we were convinced that the feature requires iOS 15.6. However, that doesn’t seem to be the case.

Your iPhone must use iOS 16 to support Shazam song syncing. “Songs identified with Siri now sync with the Shazam app and Music Recognition in Control Center,” reads a clarification on the iOS 16 Features page.

For song sync to work, iCloud sync must be turned on: Open the Settings app and hit your Apple ID name and picture at the top. Now choose iCloud and touch the Show All option to reveal all iCloud services. Lastly, scroll down and make sure that Music Recognition is switched on in the section listing apps that use iCloud.

And the Shazam app’s library, too!

How to view Siri-identified Shazams in the Control Center

To access a history of Siri-identified Shazams in the Control Center, pull down from the top-right corner and then touch and hold the Song Recognition icon.

You’ll now see a list of Shazams that you’ve identified either with Siri (“Hey Siri, what’s this song?”) or the Music Recognition feature in Control Center. Read: How to get real-time song lyrics with Apple Music and Shazam

If you don’t see the Control Center icon, go to Settings → Control Center, then touch the plus (+) sign next to Music Recognition in the More Controls section.

Ways to use Shazam

Apple acquired Shazam a few years back. It has since implemented the Shazam engine throughout its platforms so that customers can easily identify songs with Shazam using Siri on their iPhone, iPad, Apple Watch and Mac. If you like, you can also use the standalone Shazam app for iOS/iPadOS and macOS.

Apple originally implemented the option to access the Shazam-powered song recognition engine via a dedicated Control Center button with the release of iOS 14.2 in 2020. As mentioned earlier, hitting the Shazam button in your Control Center will identify songs playing on your device, even when wearing headphones.