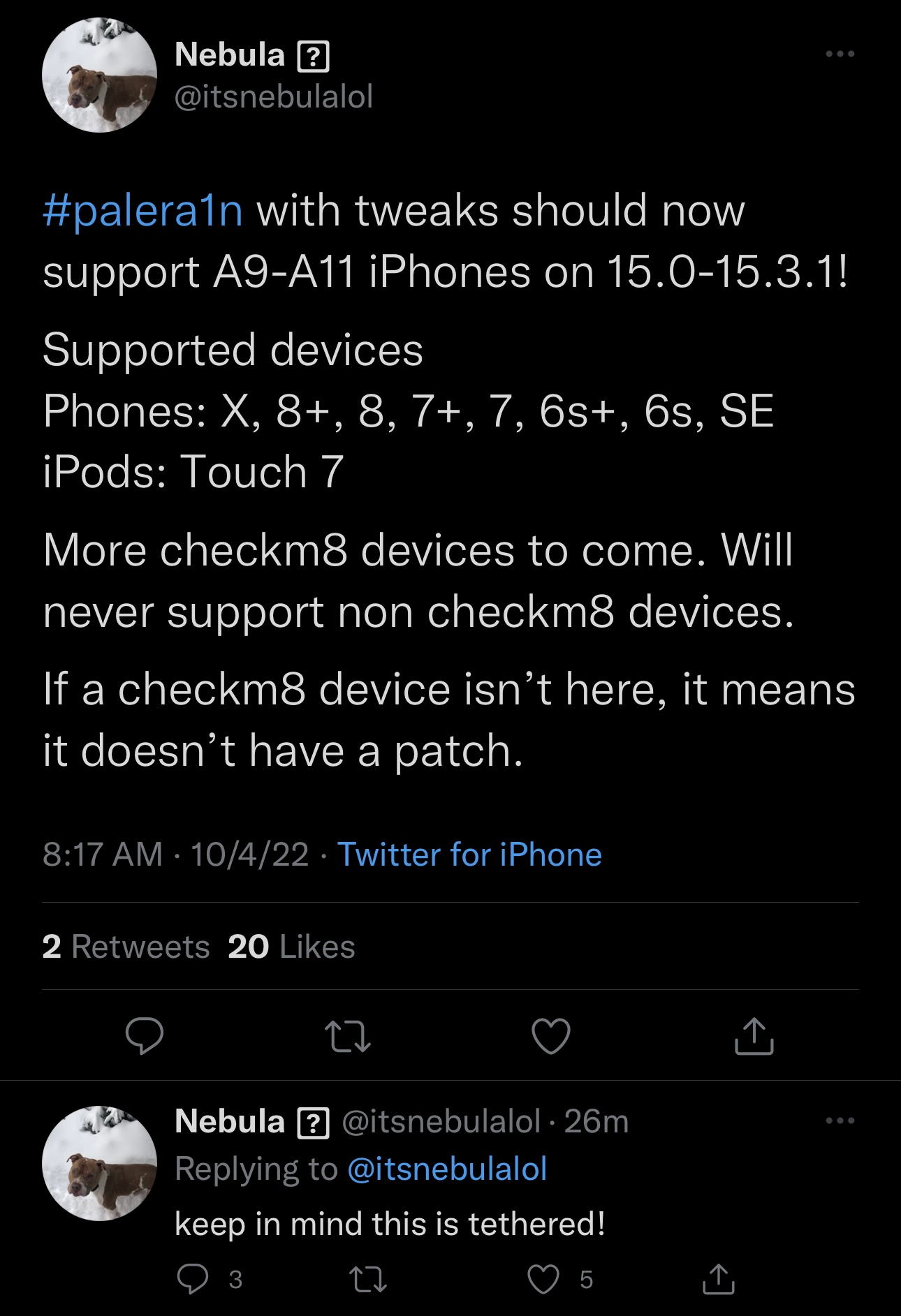 In a Tweet shared Tuesday morning by project lead developer @itsnebulalol, we learn that tweak injection now supports a more colorful variety of A9-A11-equipped handsets including the following:

Before today, only a small handful of the devices listed above could actually use tweak injection on palera1n. While the jailbreak itself is semi-tethered, the tweak injection is a tethered experience requiring a computer connection after every reboot.

There are more devices that run A9-A11 chips, such as several iPads, however they’re not yet officially supported as per the Tweet. Important to note is that nothing newer than A11 will ever be supported given that the checkm8 bootrom exploit isn’t viable on anything newer than A11.

A10 and A11 devices will not be able to have a passcode or biometric authentication.

Also critical to keep in mind is that palera1n’s experimental status means only those savvy enough to deal with potential instability problems should dare dabble with it. It’s not designed for the average jailbreaker by any means.

Details about palera1n can be found on the developer’s GitHub page, and a list of compatible jailbreak tweaks is provided on a separate page.

While this is only a developer jailbreak at this time, it’s a great proof of concept showing that an iOS & iPadOS 15 jailbreak is indeed possible. With that in mind, perhaps more teams will find the inspiration to make something more acceptable for the general public.