A common annoyance when you’re trying to play Game Center-compatible games is that you might be plagued by unwanted Game Center banner notifications. These can be incredibly irritating, especially when you’re playing a full-screen game and the banner covers a button in the game’s interface. 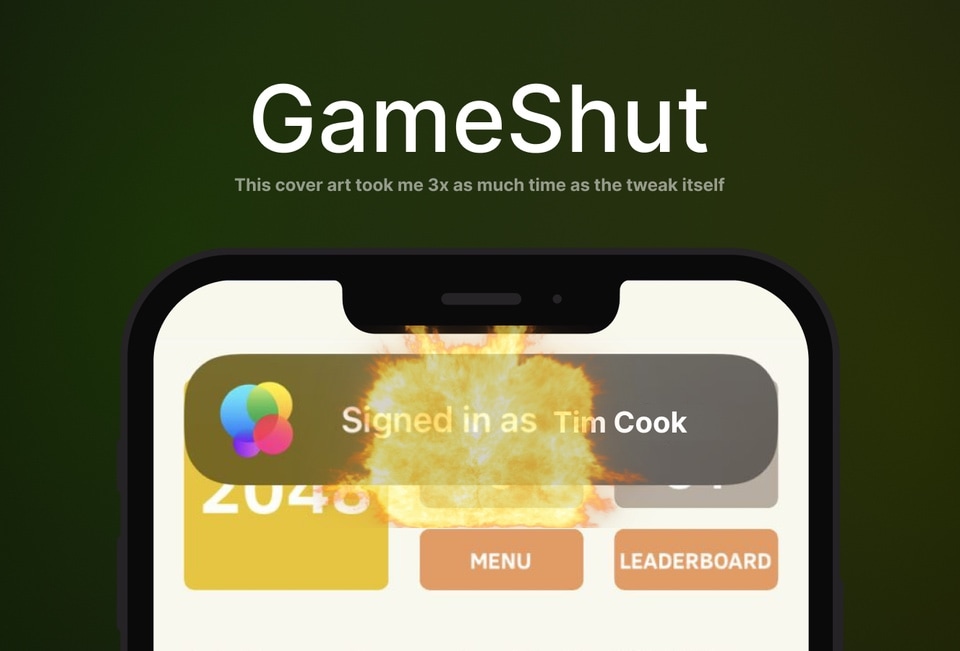 Responding to a request posted to /r/jailbreak this past week, iOS developer ExeRhythm has launched a new and free jailbreak tweak called GameShut that effectively halts these intrusive types of Game Center banner notifications.

Joking on the basis of how quick it was to make this jailbreak tweak, the developer added the tongue-in-cheek line “This cover art took me 3x as much time as the tweak itself” to the promo image above. As it would seem, this was a very easy jailbreak tweak to make.

If you find yourself littered with these types of annoying Game Center notification banners when you open your favorite games, then you can download GameShut for free from the SourceLocation repository via their package manager app. GameShut supports jailbroken iOS 14 devices and is open source on the developer’s GitHub page.

Those who aren’t already using the SourceLocation repository can add it to their package manager app by using the URL we’ve embedded below:

Do you think you’ll be taking advantage of the new GameShut jailbreak tweak? Be sure to let us know in the comments section down below.