The wait continues for an iOS & iPadOS 15 jailbreak, but fortunately, Odyssey Team lead developer CoolStar took to Twitter late last night with a particularly thought-provoking Tweet that may raise hope levels for those waiting. 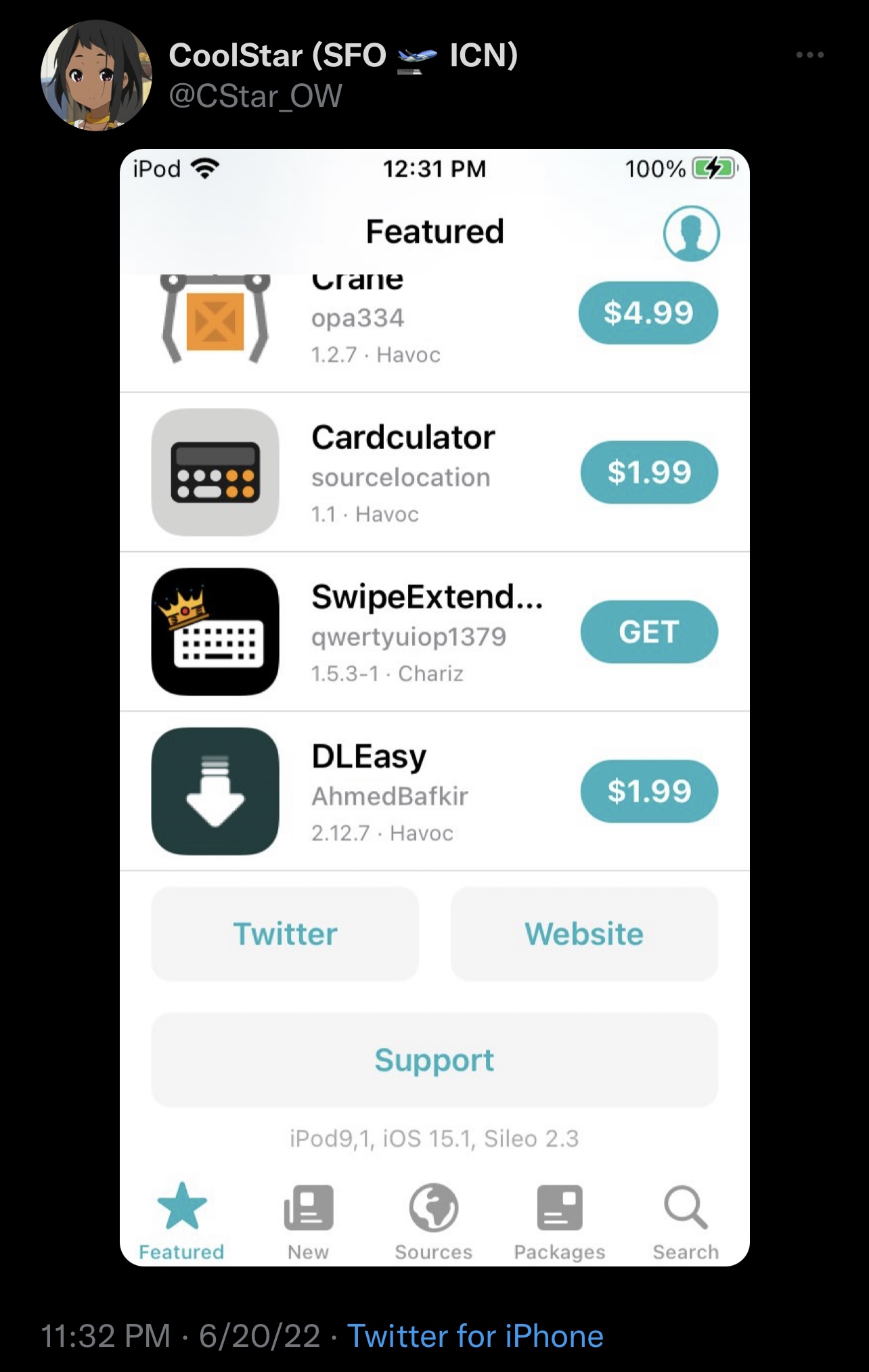 In the Tweet, depicted above, CoolStar appears to be showing off the Sileo package manager app — the one that gets pre-installed by the developer’s many other jailbreak tools like Odyssey for iOS & iPadOS 13 and Taurine for iOS & iPadOS 14 — on an iPod touch running iOS 15.1.

At first glance, it appears as if CoolStar is teasing progress on the highly anticipated rootless iOS & iPadOS 15 jailbreak that’s being temporarily coined Taurine15; however, a second Tweet shared by hacker tihmstar provided a different perspective: 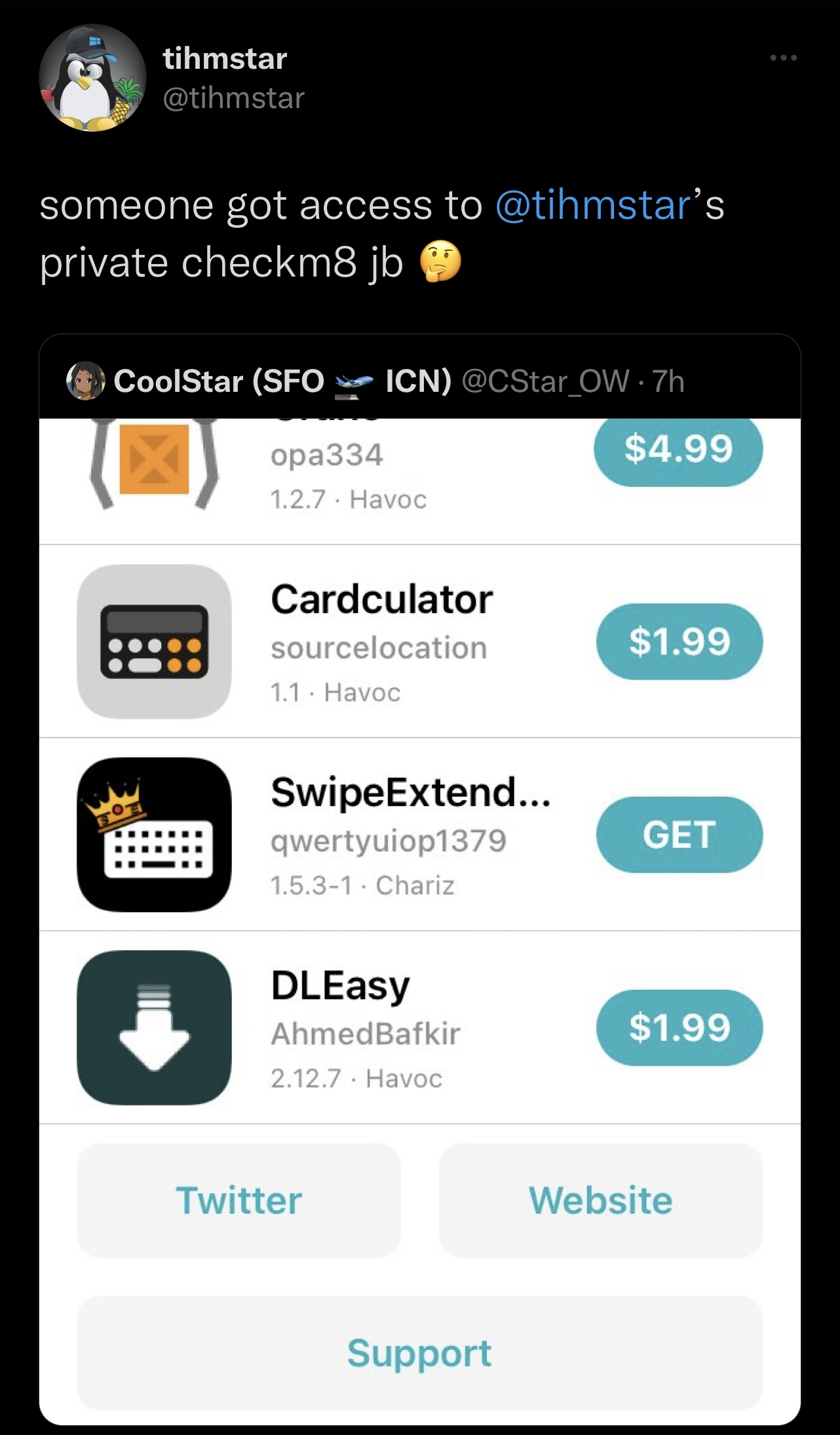 As it would seem, CoolStar’s teaser image makes use of a private checkm8-based jailbreak for iOS & iPadOS 8-15. This is not the checkra1n jailbreak, but rather a private jailbreak that won’t be released to the generally public and is based on the same hardware-based bootrom exploit as checkra1n — otherwise known as checkm8.

So since it’s a private jailbreak, why is this important? Well first off, it proves the iOS & iPadOS 15 jailbreak is possible. It also boosts hope that the official checkm8-based checkra1n jailbreak will eventually receive an update for the general public.

But perhaps more importantly, tihmstar alluded in an earlier Tweet to the idea that the private checkm8-based jailbreak would be used for debugging non-checkm8-based iOS & iPadOS 15 jailbreaks — such as the likes of CoolStar’s upcoming rootless jailbreak: 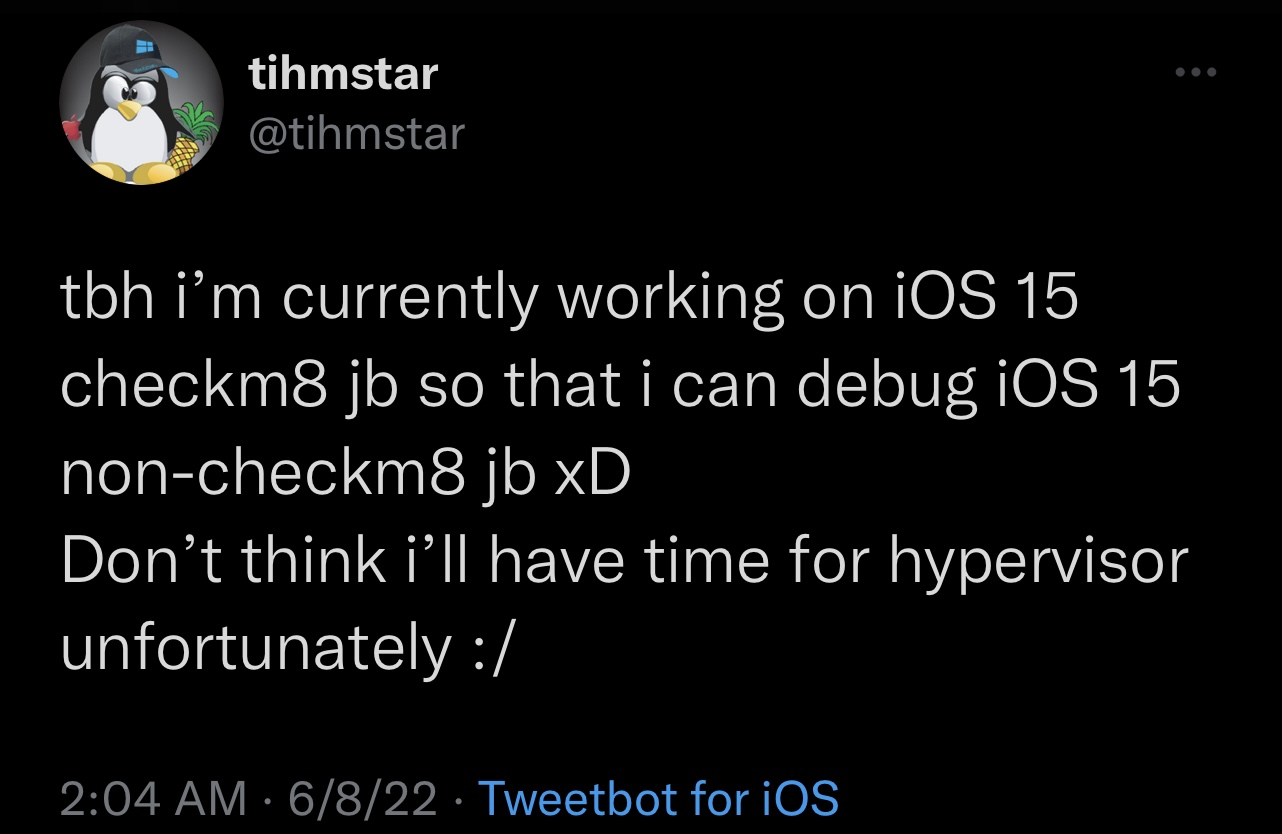 Given the above, it’s not surprising to see the two working together, and in fact, it should be interesting to witness the progress that will be made on the rootless jailbreak now that there’s an easier way to debug it. This should help iron out some of the wrinkles in complicated jailbreak development.

As always, there’s no ETA for CoolStar’s iOS & iPadOS 15 jailbreak. All we know at this time is that it will support iOS & iPadOS 15.0-15.1.1 and that it will be rootless. You can read more about how that will impact your jailbreak experience in our detailed F.A.Q. piece.