An unforeseen surprise for the jailbreak community appears to be coming from the pipeline of tweak developer Ginsu this weekend. 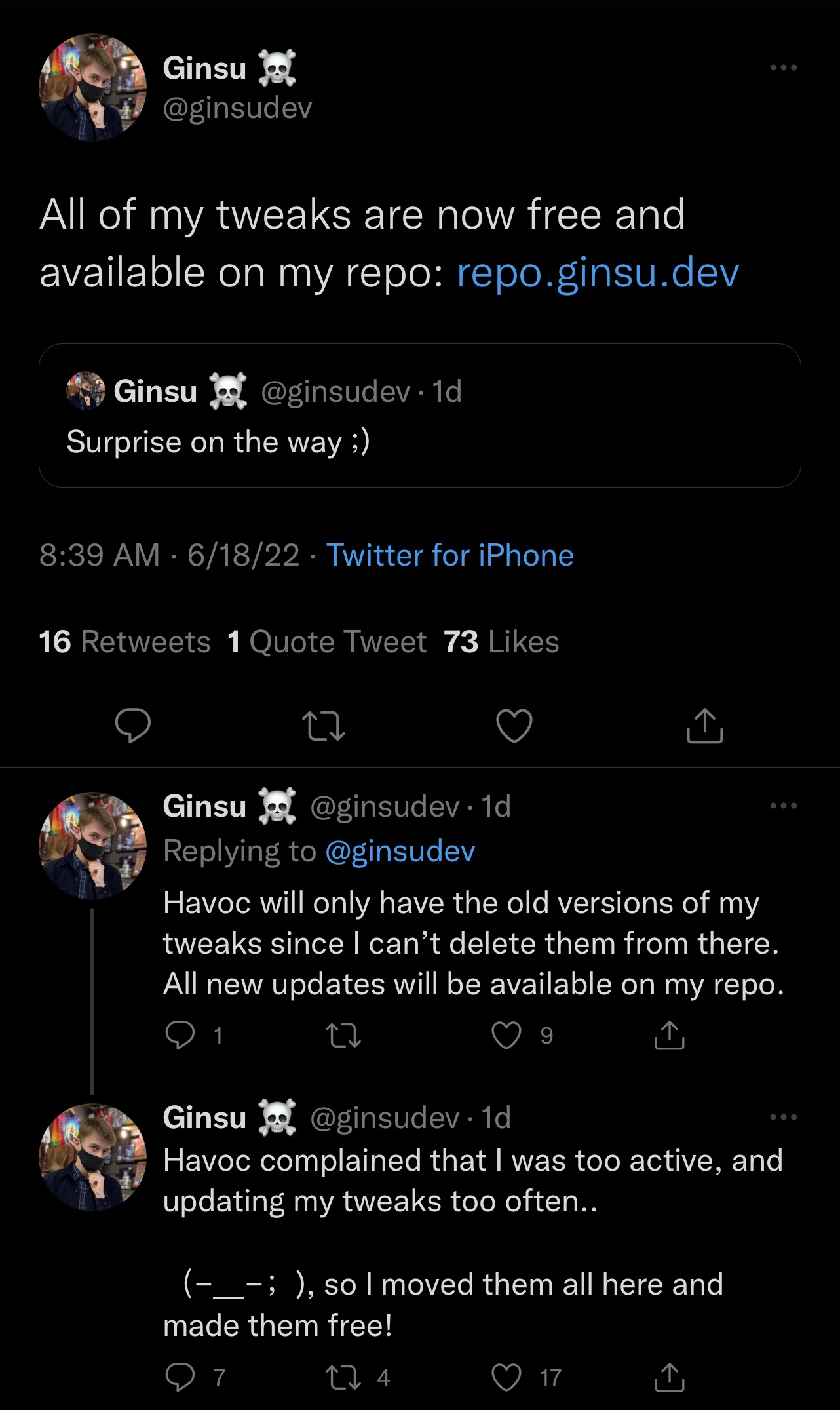 In a series of Tweets, shown above, Ginsu says that all his jailbreak tweaks are moving from the Havoc repository back to his personal repository, where they’ll continue to be updated and maintained.

Perhaps even more excitingly, all those jailbreak tweaks are now free – including those that were originally paid on the Havoc repository. Tweaks that were already free will continue to be free post-move.

Ginsu’s Tweets allude to the idea that the move from Havoc to his personal repository stems from comments made by Havoc about the developer’s frequency of package updates. Ginsu regularly updates several his packages, especially recently.

Older versions of the Ginsu’s tweaks will purportedly remain available on Havoc, as he claims there’s no way to delete them. Consequently, prospective downloaders of Ginsu’s tweaks will want to get the latest version(s) available, which can be had from Ginsu’s personal repository via the URL provided below:

As for what’s moving over to Ginsu’s personal repository, it seems the following packages are included:

We have reviews for each of the jailbreak tweaks mentioned above; they’re linked respectively. Be sure to check them out before downloading so you know what you’re getting into beforehand.

Do you plan to download any of Ginsu’s jailbreak tweaks now that all can be had for free? Be sure to let us know in the comments section down below.