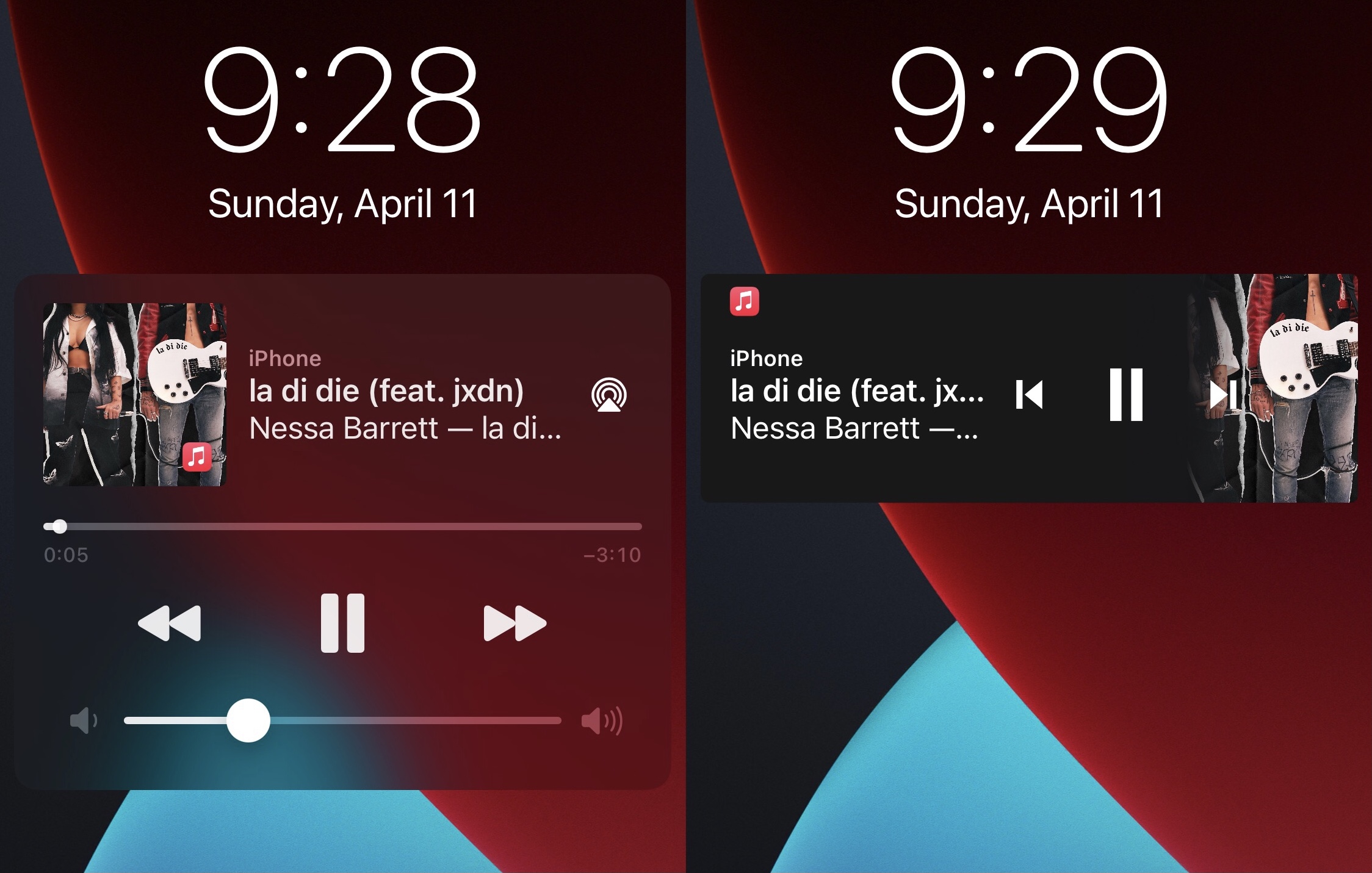 Those wishing for an entirely new aesthetic won’t find it in an Apple-provided update, but a new jailbreak tweak called Gradi by iOS developer Ginsu seeks to offer at least some form of interesting flavor in this department by providing users a YouTube Music / Google Music-inspired Now Playing widget interface that replaces iOS’ native one.

The before (left) and after (right) screenshots embedded above depict how Gradi will transform your pwned iPhone’s Now Playing widget.

As you can see for yourself, the Gradi widget takes much of its color inspiration from the album artwork of whatever song might be playing, and a subtle motion blur transitions the left side of the widget with the media controls into the album artwork.

You’ll also notice that the Apple Music icon appears in the widget, just like the native one. We should add that Gradi supports all music playing and streaming apps that use Apple’s native Now Playing widget, which includes Spotify, Pandora, YouTube Music, and a plethora of others.

What’s more is the Gradi widget uses less of your handset’s display real estate than iOS’ native one does, offering more space for incoming notification banners and other useful information that the user might prefer to see.

Gradi is, for the most part, a fully-automatic tweak. With that in mind, the tweak does add a preference pane to the Settings app where users can turn the tweak on or off on demand, but it doesn’t come with any substantial options to configure apart from that: 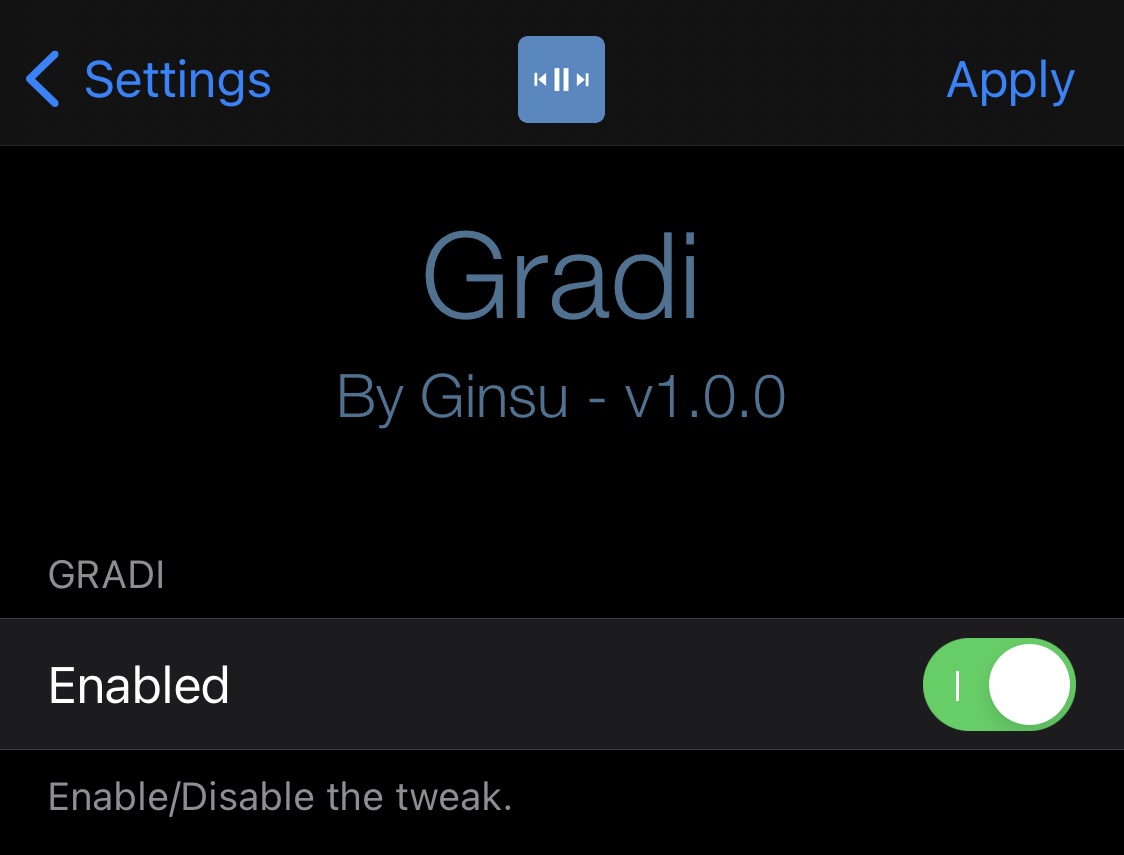 The Apply button at the top right of the preference pane can be used to save any changes you make when turning the tweak on or off.

If you’re interested in giving the new Gradi tweak a try, then you can download it for free from Ginsu’s personal repository via your favorite package manager. The tweak has been verified to work on jailbroken installations of iOS 14 only. Those not already using Ginsu’s personal repository can add it to their package manager app via the following URL:

Do you prefer the look of Gradi over iOS’ native Now Playing widget? Be sure to drop us a comment below letting us know what you think about it.