A popular thing to customize after jailbreaking iPhones and iPads is the native Now Playing interface — specifically, the one you see on the Lock Screen when you have media playing in the background.

This appears to be the primary focus of a newly released and free jailbreak tweak dubbed Acies by iOS developer ginsudev, as it provides its users with a redesigned Lock Screen-based Now Playing interface that boasts new aesthetics and customizable features.

As you’re about to see for yourself in the multitude of screenshot examples below, Acies brings a handful of new things to the interface:

Just some of the ways Acies upgrades the Now Playing interface include:

Once installed, Acies adds the following dedicated preference pane to the Settings app where users can configure a few different options: 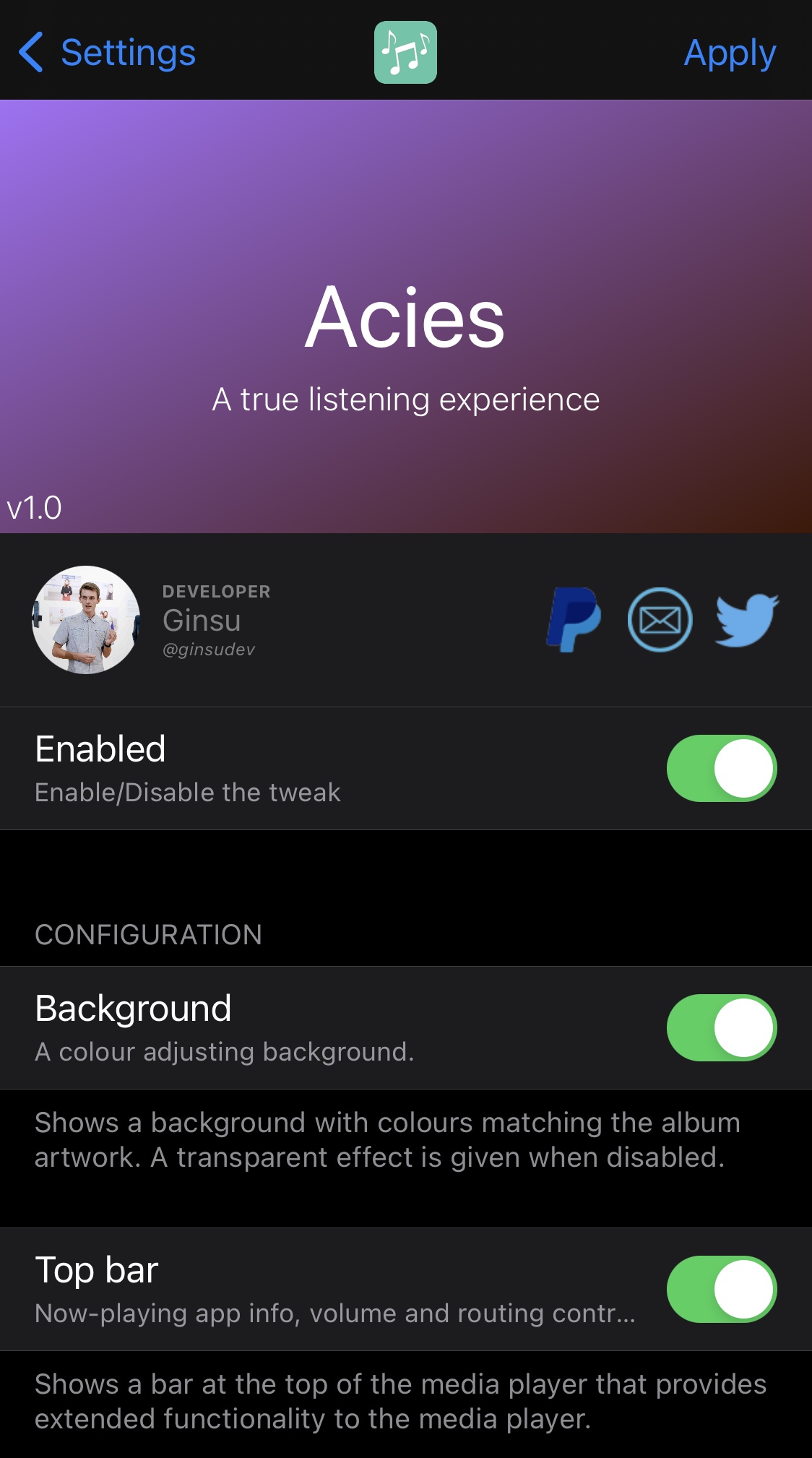 The Apply button at the top right of the preference pane can be used to save any changes made to the tweak’s settings.

Those interested in giving the new Acies tweak a try can download it for free from Ginsu’s personal repository via their favorite package manager app. Furthermore, the tweak supports jailbroken ios 14 devices.

Those not already taking advantage of Ginsu’s personal repository can add it to their package manager of choice by using the URL provided below:

Do you like the way Acies makes the Lock Screen’s Now Playing interface look? Let us know why or why not in the comments section down below.