The Dock is something that most iPhone users would associate with the Home Screen, especially because it’s been present there since the dawn of the iPhone in 2007.

But would you like it if the Dock became accessible from other places? That’s the idea, at least, with a new jailbreak tweak being called DockLS by iOS developer ginsudev.

Just as the name implies, DockLS adds the same Dock you know and love from your iPhone’s Home Screen to your iPhone’s Lock Screen. An example of this appears in the screenshot above.

Having access to the Dock on your iPhone’s Lock Screen can be a convenient advantage since it’s effectively an app launcher that complies with iOS’ native aesthetic standards.

DockLS lends additional convenience for launching apps from the Lock Screen without sacrificing security. That’s because the user must still authenticate themselves either via biometrics or with a passcode before the app actually launches.

Once installed, DockLS adds a dedicated preference pane to the Settings app where users can configure a couple of options: 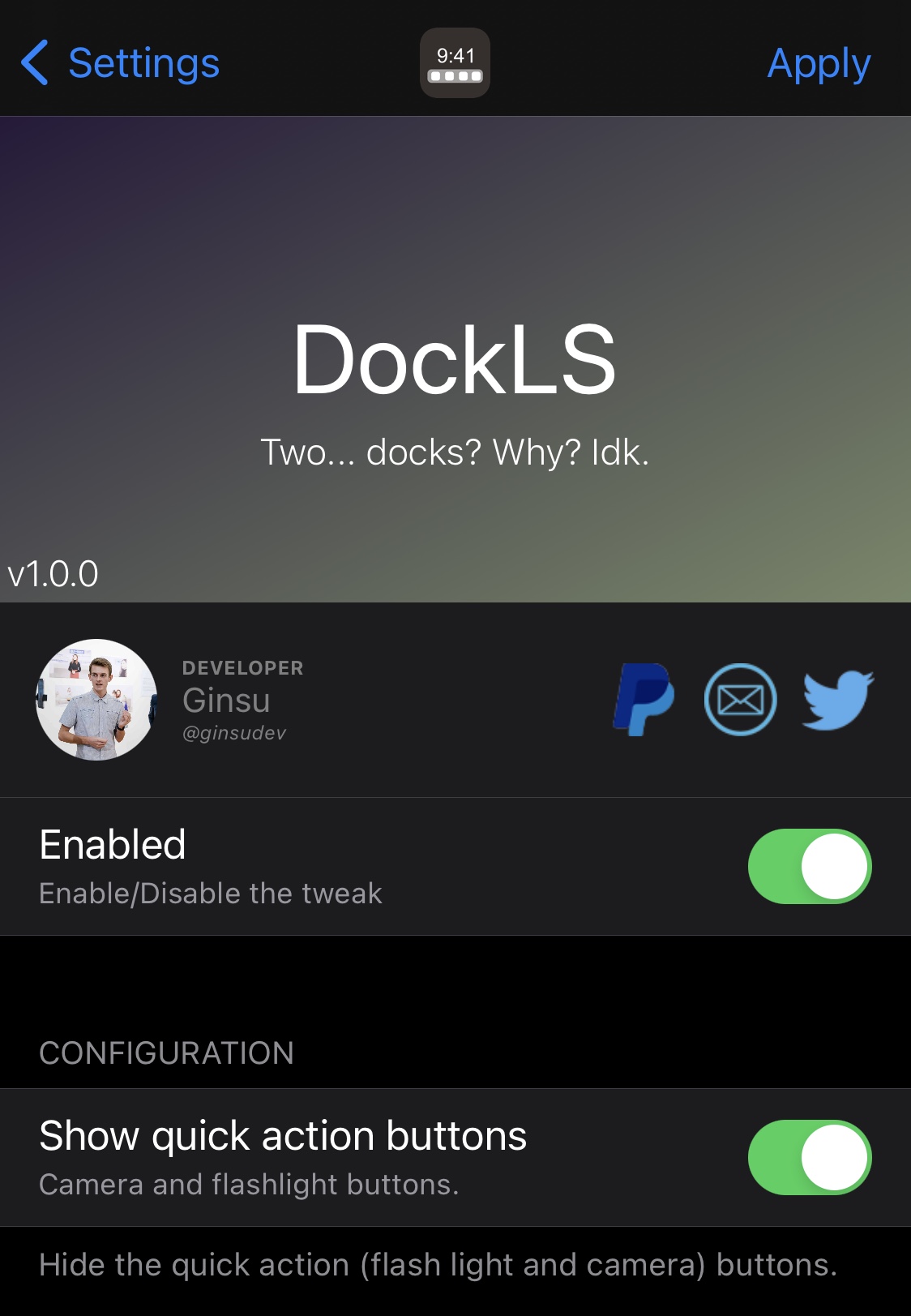 The developer provides an Apply button at the top right of the preference pane for saving any changes to the options you make.

Personally, I like that the developer provides the option to hide the Quick Action buttons since the bottom of the Lock Screen feels somewhat busy with everything going on at once. But some users will keep everything visible as doing so offers shortcuts to more places.

Those interested in giving DockLS a try for themselves can download the tweak for free from Ginsu’s personal repository via their favorite package manager app. It would appear that the tweak supports jailbroken iOS 13 & 14 devices.

Those not already taking full advantage of Ginsu’s personal repository can add it to their package manager app of choice with the URL provided below:

Do you plan to import your Home Screen’ application Dock to your Lock Screen with DockLS? Be sure to tell us why or why not in the comments section down below!