The iPhone’s native Lock Screen does exactly what it was designed to do – that is, provide a secure layer between the user and your handset’s operating system where you need to authenticate yourself to move forward.

But if you’re anything like half of iPhone users in existence today, then you might find yourself getting somewhat bored with the static Lock Screen appearance that the iOS platform has exhibited for many years now.

Jailbreakers that are interested in upgrading the native iPhone Lock Screen interface should definitely take some time out of their day to observe a new jailbreak tweak called Dodo by iOS developer Ginsu.

As depicted in the screenshot examples above, Dodo waves a tiny magic wand to make the iPhone’s Lock Screen look refreshed for the modern era and appear more aesthetically pleasing than it already does.

Some of the notable changes include relocating the time indicator toward the bottom of the display and the media player toward the top. This new look and feel opens up the Lock Screen’s display real estate to provide the end user with a better glimpse of their wallpaper and incoming notifications.

Once installed, Dodo adds a dedicated preference pane to the Settings app where users can toggle the tweak on or off on demand: 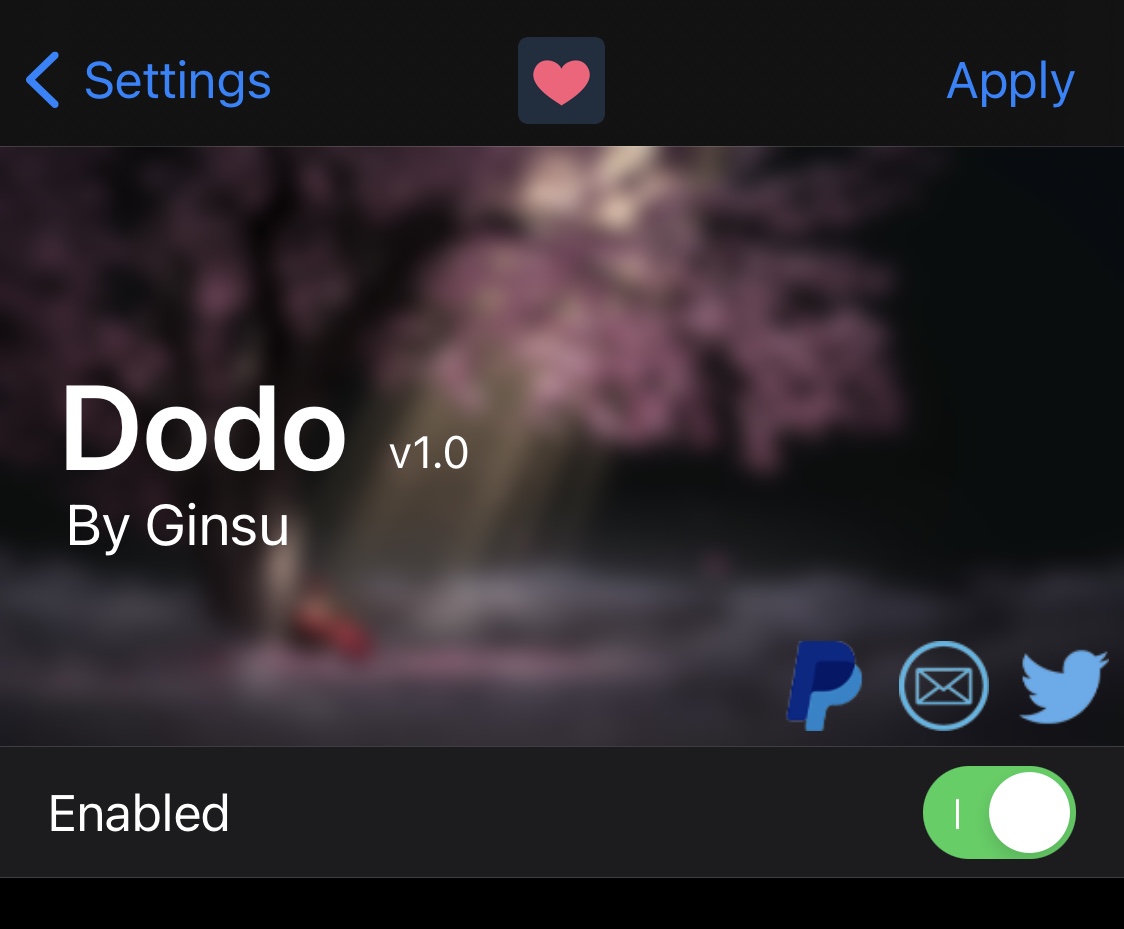 You’ll notice that Dodo doesn’t provide any advanced configuration options, and while that might be off-putting for some customization-loving users, I personally prefer when I’m not required to do a bunch of tinkering right out of the box to enjoy the benefits of a jailbreak tweak. Dodo is already plenty beautiful right when it’s enabled for the first time.

As noted by the developer in the tweak depiction, Dodo supports jailbroken iOS 14 devices and plays nicely with other jailbreak tweaks including DualClock and QuickANC. Those interested in giving Dodo a try for themselves can download the tweak for free from Ginsu’s personal repository. If you’re not already using it, then you can add it to your package manager app with the URL provided below:

Do you like the way Dodo looks when compared to the native iPhone Lock Screen? Be sure to let us know in the comments section down below.