In this video, we uncover some of the best iOS 16 tidbits, tricks and hidden features coming to all users with Apple’s next major iPhone software update in the fall.

iOS 16 lets you extract a photo’s subject like magic

The focus feature now has custom filters in Settings which allows you to see only relevant content in supported apps. In Mail, for example, your work focus only displays the email accounts you use for work. Apple also gave us an out-of-the-blue feature that no one saw coming and no one asked for: In Photos, you can touch and hold the subject of the photo like a dog or your girlfriend. A white glow outline appears around the subject, now separated from its background. You can now simply drop the subject removed from its background into, say, a Messages conversation like a sticker. This super-cool feature even works with paused frames for videos. You can also use it in QuickLook, screenshots and elsewhere in the system: Simply touch and hold a photo, then choose “Copy Subject” from the menu.

The new iCloud Shared Photo Library feature has a toggle in the Camera app allowing you to automatically send pictures you take with your iPhone to a shared library instead of your personal one. You can turn it on or off at will before taking a photo. But that’s not all. Thanks to Siri intelligence, this option will be automatically toggled on when you happen to be taking photos with your iPhone and iOS detects that someone from your Family Sharing circle is nearby and also taking pictures. That way, everybody gets the same set of photos shot at that location, no need to manually share albums, add photos from others to your library or anything of that nature. This is a cool example of Siri intelligence working in the background to make stuff like automatic shooting to your shared library in iCloud “just work”.

In iOS 16 and iPadOS 16, you can navigate to Settings → Sound & Haptics → Keyboard Feedback and set the new “Haptic” switch to the ON position. Doing so will provide subtle haptic feedback with every key press via the iPhone’s sophisticated Taptic Engine. This setting is off by default so make sure to toggle it on. You’re going to love this new haptic keyboard feedback in iOS 16!

iOS 16 and iPadOS 16 introduce a new way to collaborate in compatible apps. There’s now a new icon available when using the share menu for inviting people to collaborate. Recipients can simply click your invite link or join the shared project right from within Messages. There are many, many other quality-of-life improvements across other system apps. For instance, searching across mailboxes in Mail has been sped up noticeably. You can now schedule an email to be sent later, like in Spark. Just touch and hold the Send button for a menu with your scheduling options. You can also undo a sent message and get a reminder to follow up. 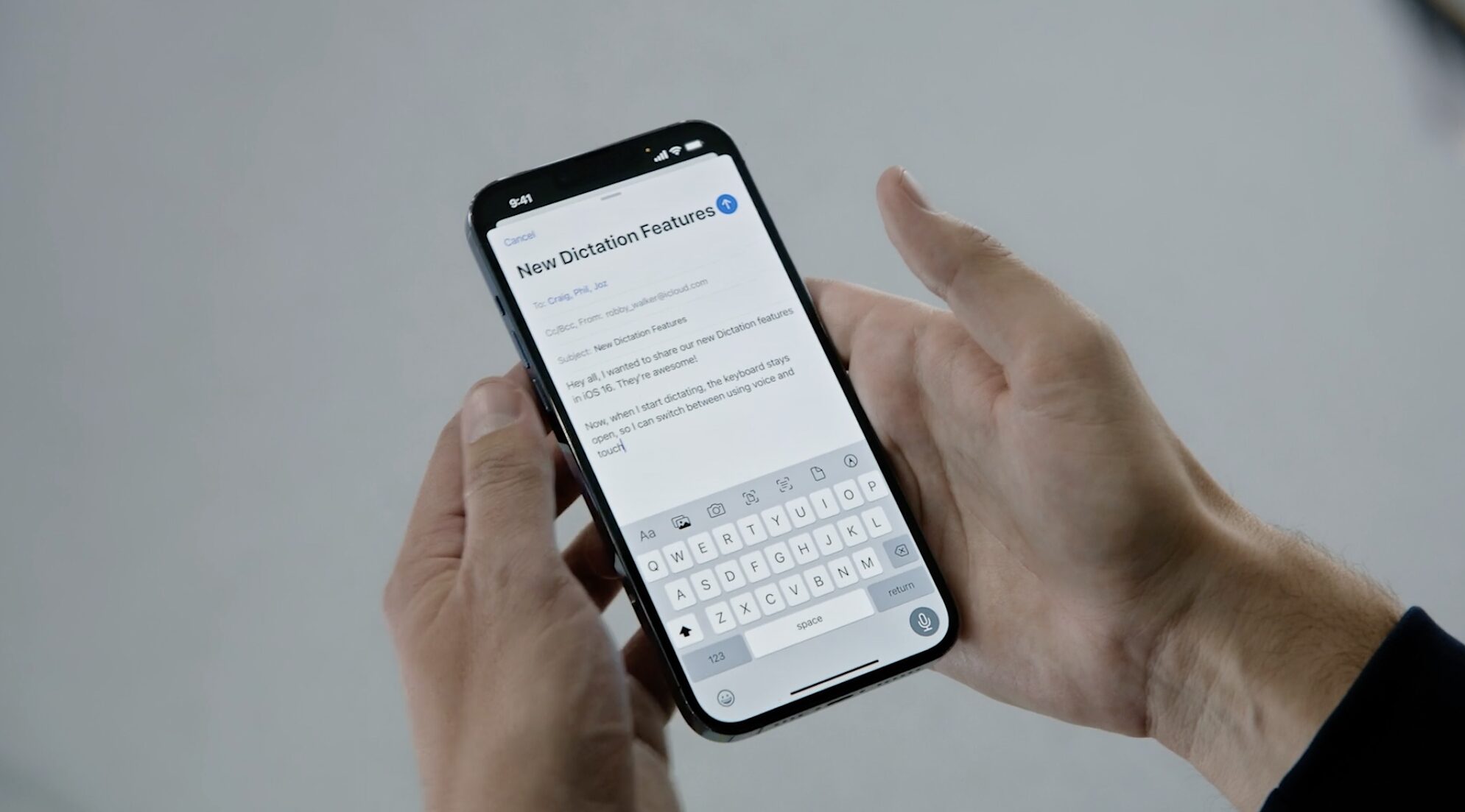 Live Text now supports Quick Actions so you can do things like see live translation of any captured text, perform currency conversions and so on. iOS 16 brings an overhauled media player interface which is admittedly better and more functional. Dictation now lets you fluidly move from touch to voice and the onscreen keyboard remains visible so you can even type when using Dictation, if necessary. Your connected AirPods or Beats headphones now appear in the root Settings menu, right near the top for super-quick access. 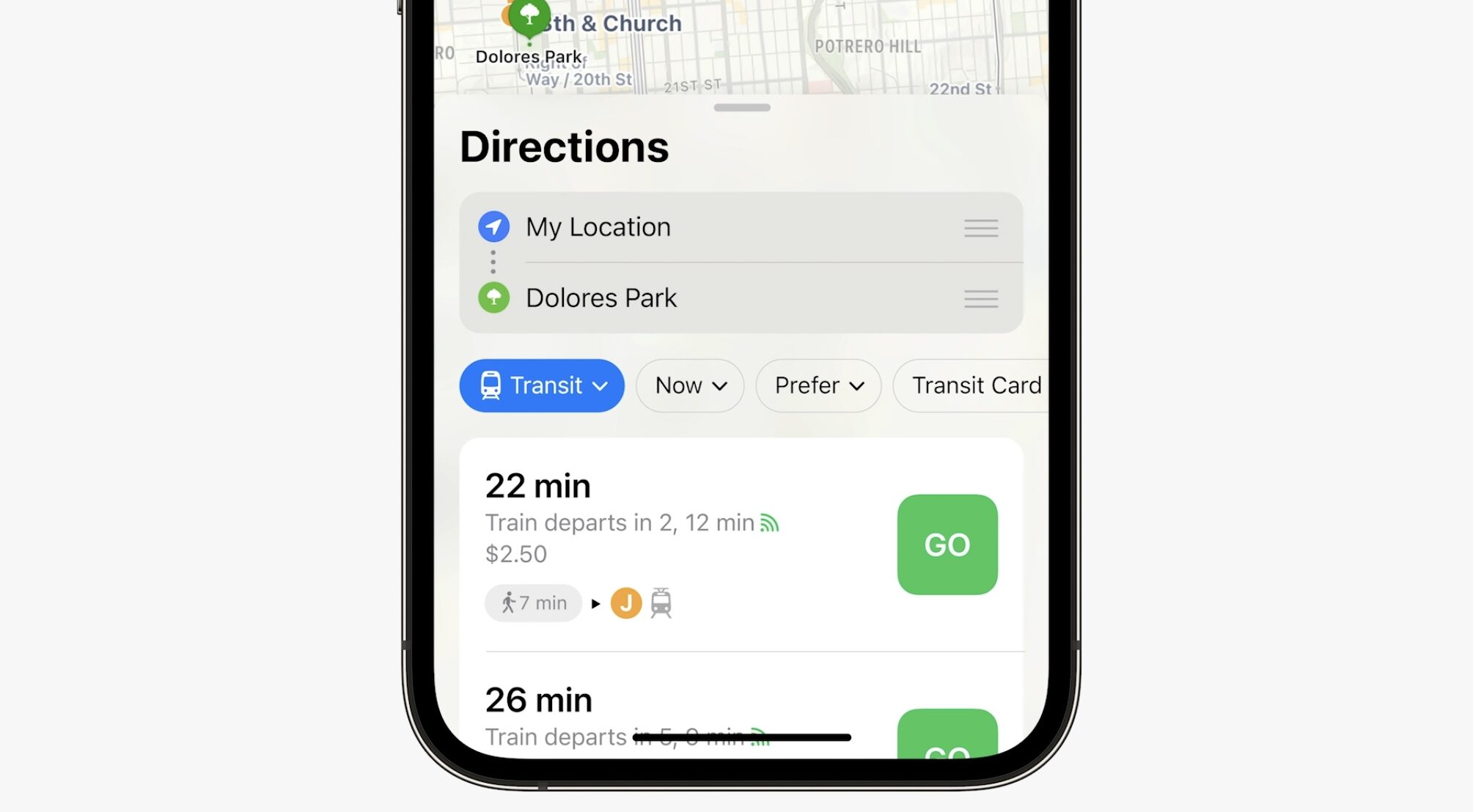 Maps now supports multi-stop trips and lets you see fare prices and top up your transit card in Wallet without leaving the app. Speaking of Wallet, there’s a new page dedicated to your orders because Wallet finally supports order tracking. The Home app saw a thorough redesign as Apple has fully embraced the new Matter standard for interoperable smart home devices. You can track your medications in the Health app. The Fitness app lets you close the Move ring just by having your iPhone with you. Read: How to use Apple’s Mail Drop feature on iOS, macOS and Windows

Our previous video covered our initial impressions of iOS 16 and its tentpole features. And if you’re liking our video coverage, be sure to subscribe to iDB on YouTube with post notifications turned on (hit that bell icon). This will ensure you get notified when we publish new video content to YouTube, as well as help influence Google’s algorithm to recommend our videos to as many people as possible.

When will iOS 16 launch for all users?

Apple will continue testing the iOS 16 beta and other software updates over the summer, before releasing them publicly in the fall. Standard disclaimer applies: Some iOS 16 and iPadOS 16 features could change and others could be dropped entirely during the beta-testing phase. For more info, visit apple.com/ios/ios-16-preview/.

What’s your favorite iOS 16 tidbit? Let us know in the comments!