Apple’s updated 13-inch MacBoo Pro now offers the M2 chip which delivers 24GB of unified memory and up to 20 hours of battery life, among other perks. 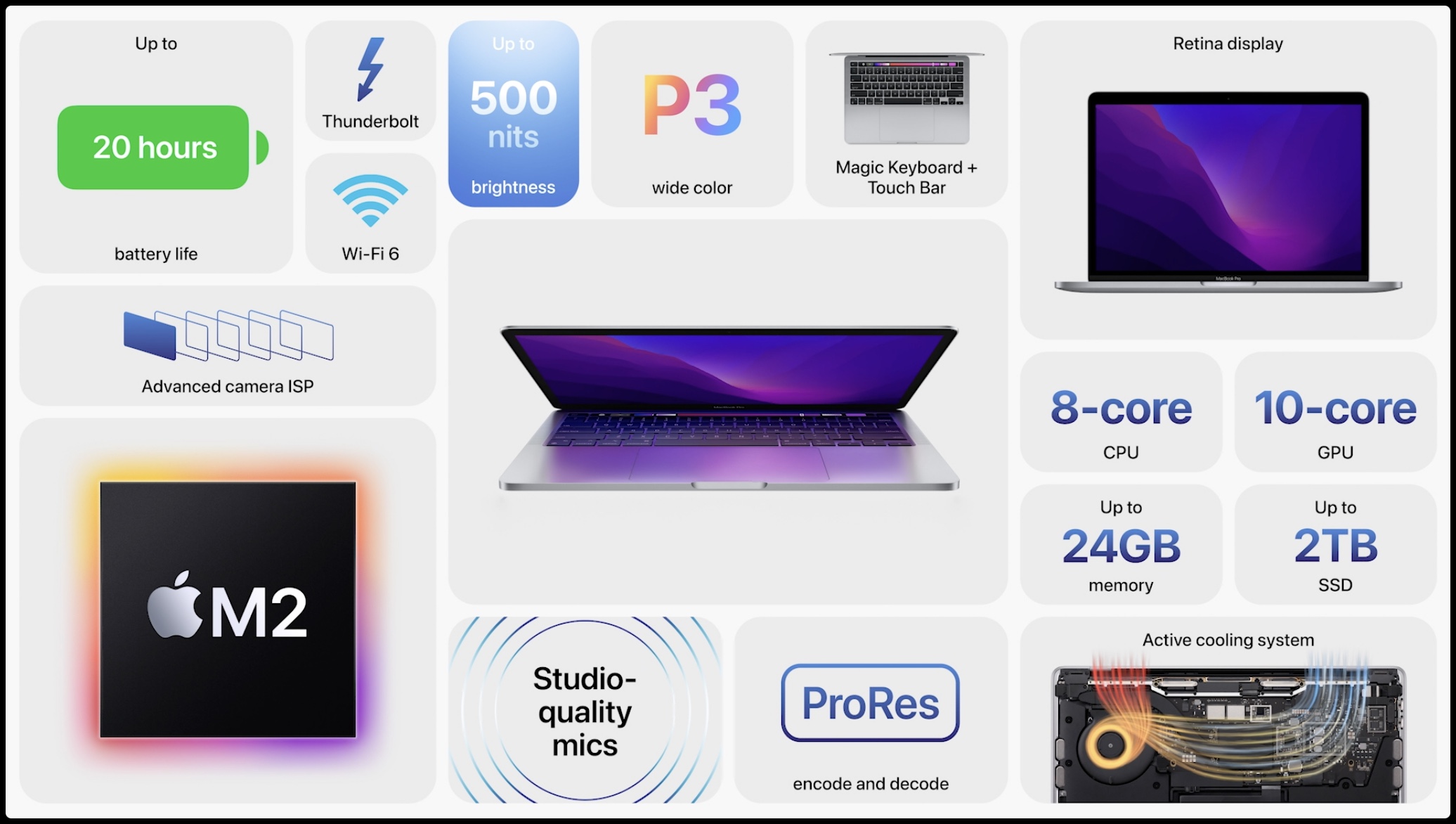 During the June 6 WWDC 2022 keynote, Apple announced an updated 13-inch MacBook Pro model featuring the new M2 chip, which delivers faster performance and up to 20 hours of video playback on a single charge, among other improvements. The M2 chip itself offers a circa 20 percent jump in CPU performance and a significant increase for the GPU. The company claims that the M2 can compete with high-end Intel laptop chips at a fraction of the power. And thanks to an active cooling system, this 13-inch MacBook Pro is designed to sustain its pro performance. Read: New to the Mac? 15 tips and tricks for macOS beginners

Thanks to Apple’s advances in silicon technology, its most portable pro notebook now offers ProRes acceleration, faster media engines with hardware HEVC/H.265 video codecs and the ability to simultaneously play back several streams of 4K and 8K video. Other M2 goodies include two more GPU cores, 50 percent more memory bandwidth at 100GB/s, support for up to 24GB of fast unified memory, a faster Neural engine and more. Read: 33 things to do after setting up a Mac

Just how much faster is the new MacBook Pro?

Apple has provided several examples meant to illustrate how these portable pro notebooks harness the power of the M2 chip to deliver tangible improvements in terms of sheer performance. Working with RAW images in Affinity Photo is 40 percent faster than before. Baldur’s Gate 3 also runs 40 percent faster. The M2’s media cores allow the 13-inch MacBook Pro to play back up to 11 streams of 4K and up to two streams of 8K ProRes video (video conversion to ProRes is 3x faster). 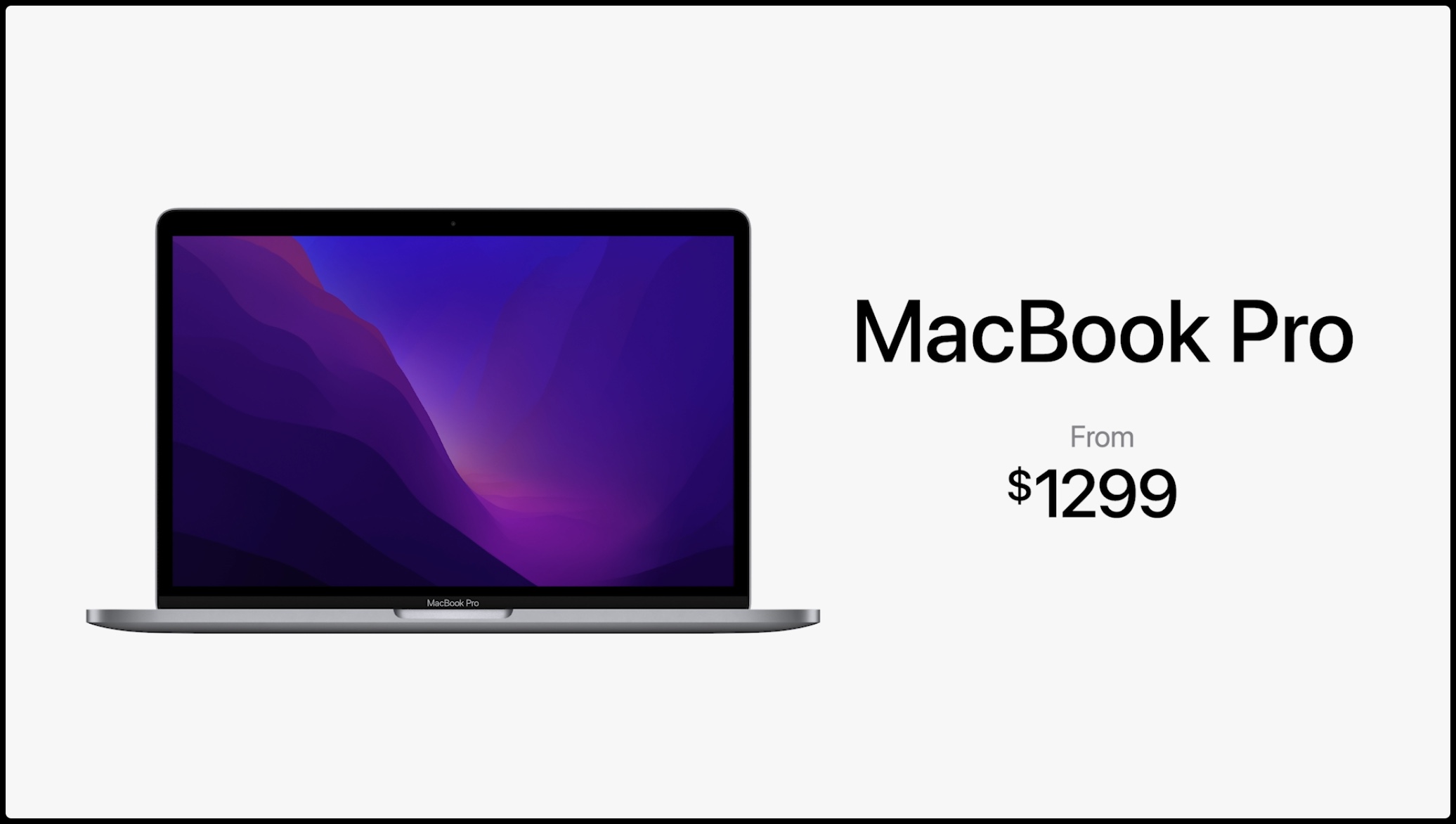 Preloaded with macOS Monterey, the updated 13-inch MacBook Pro will be available on apple.com/store and in the Apple Store app, with retail availability starting in July. The baseline 13-inch MacBook Pro with M2 starts at $1,299 ($1,199 for education). An extra $200 buys you twice the storage (512GB), which is configurable to 1TB or 2TB, but that’s about it. All the models are offered in the same silver and space gray finishes as before. And for everyone wondering, these udpated 13-inch MacBook Pros still include Apple’s ill-fated Touch Bar feature and, thankfully, Touch ID.

For father information about the updated 13-inch MacBook Pro with the M2 chip, read a press release on the Apple Newsroom or visit apple.com/macbook-pro-13.