The new Apple M2 chip for the Mac delivers 90% of the performance of a 12-core Intel CPU while using just a quarter of the power. 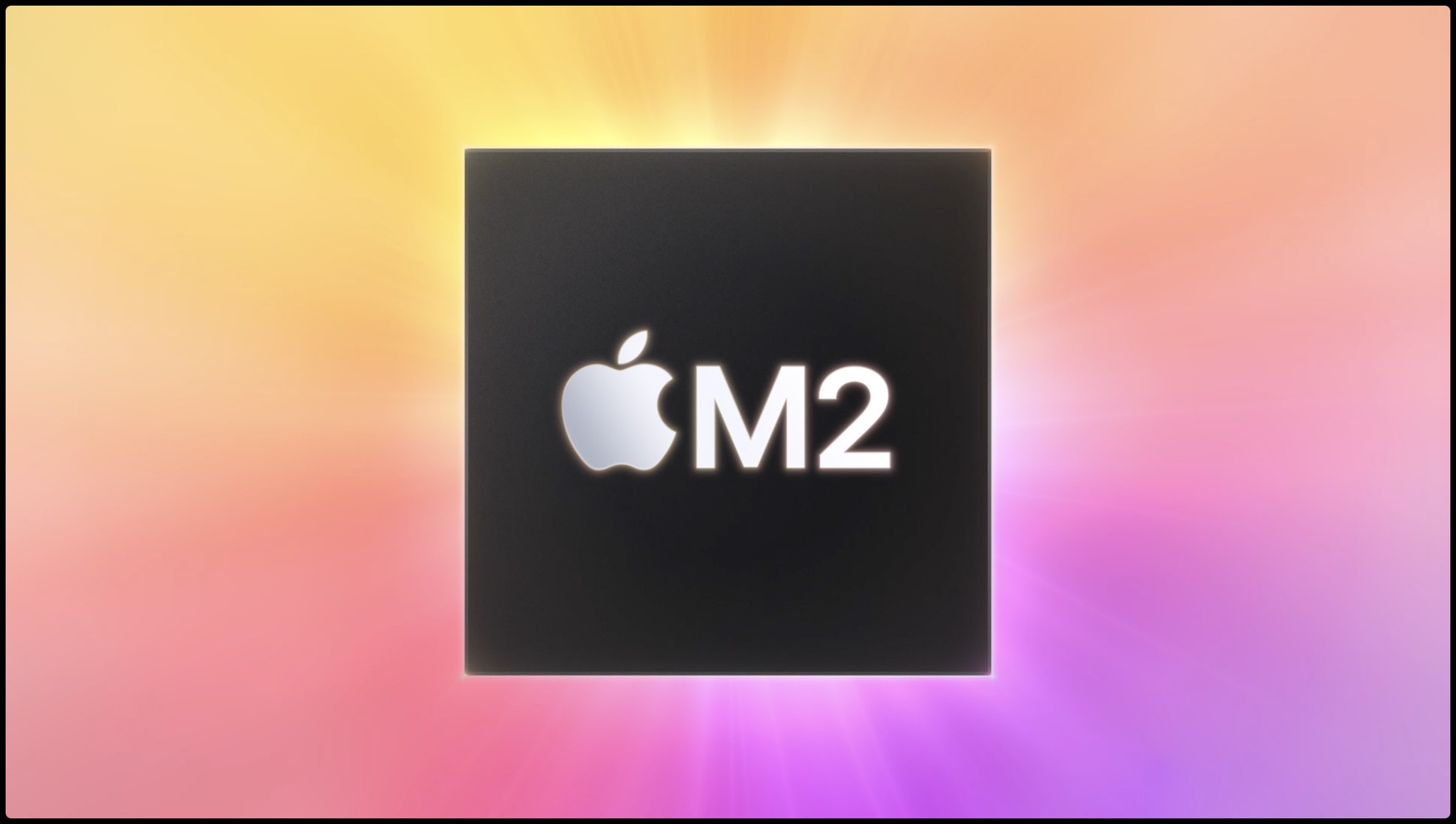 Apple M2 is the next-generation Apple silicon for the Mac

Apple during its Worldwide Developers Conference 2022 keynote introduced its next-generation Apple silicon platform for the Mac and the iPad. The M2 made its debut in the new MacBook Air, which was also unveiled at the WWDC 2022 keynote.

The M2 is manufactured using the second-generation five-nanometer process technology from TSMC, which is an improved version of the five-nanometer TSMC process used in the production of the M1 family of chips. The M2 packs in 20 billion transistors, an increase in transistor count of approximately 20 percent compared with the M1. Read: New to the Mac? Learn the basics of macOS System Preferences

The M2 offers fifty percent greater memory bandwidth at up to 100GB/s than the previous generation. And more important than that, Apple laptops equipped with the new M2 chip offer up to 24 gigabytes of unified LPDDR5 memory (eight gigabytes more than the M1, a 50 percent increase). The M1 has an eight-core CPU with four performance cores, which are now faster and have more cache, and four efficiency cores, which are now even more power-efficient. You get about 18 percent faster performance out of the M2’s CPU than M1’s. 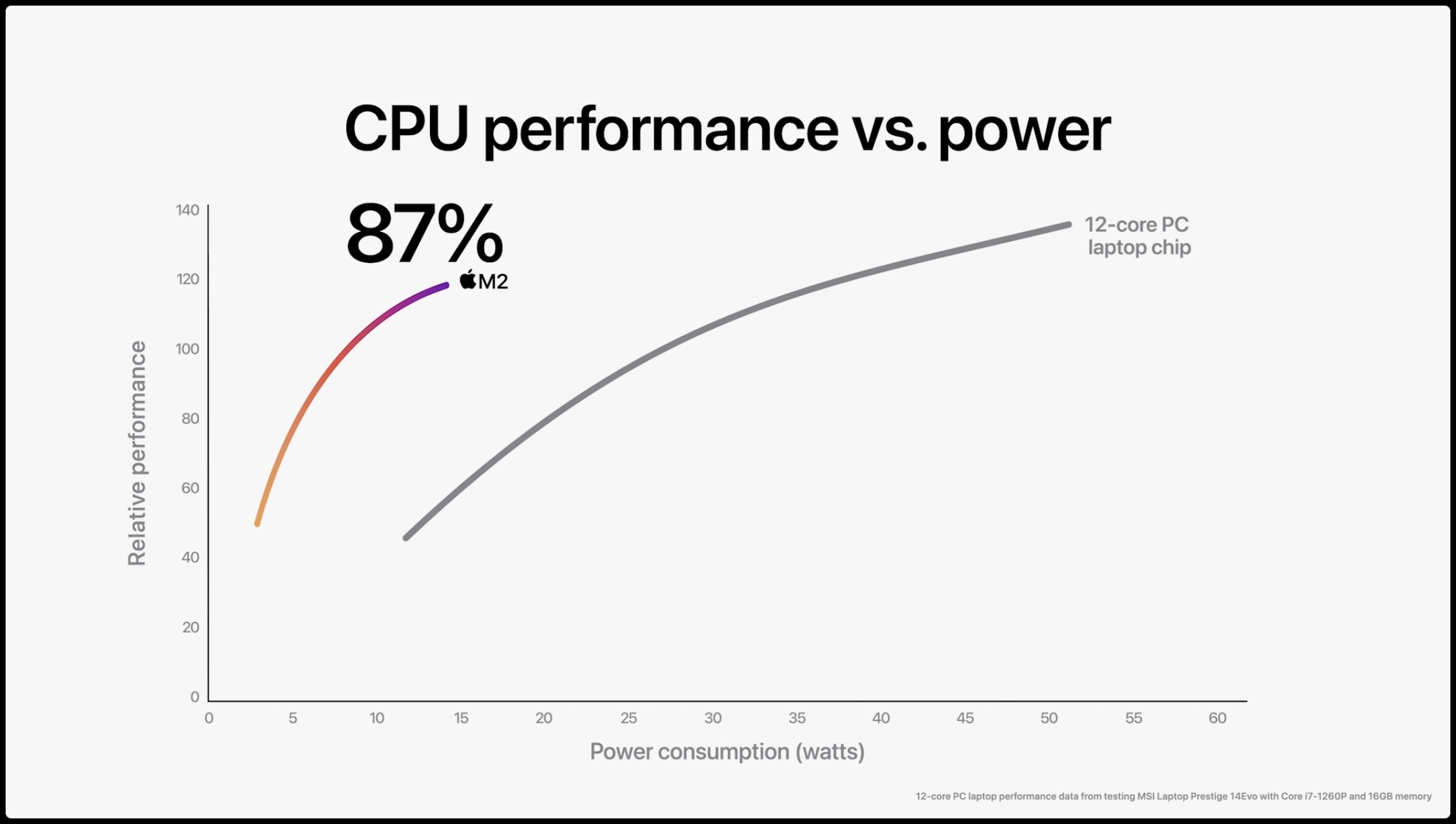 And just like with the M1 family of chips, the M2 doesn’t sacrifice performance for power efficiency as Apple’s silicon platform is extremely power efficient. Apple’s charts show the M2 outperforming the competition at at lower power usage levels, and by a significant margin. For example, the company claims that the M2 can compete with a high-end PC laptop by offering up to 90 percent of the peak CPU performance of a 12-core CPU from Intel, but while using just a quarter of the power. 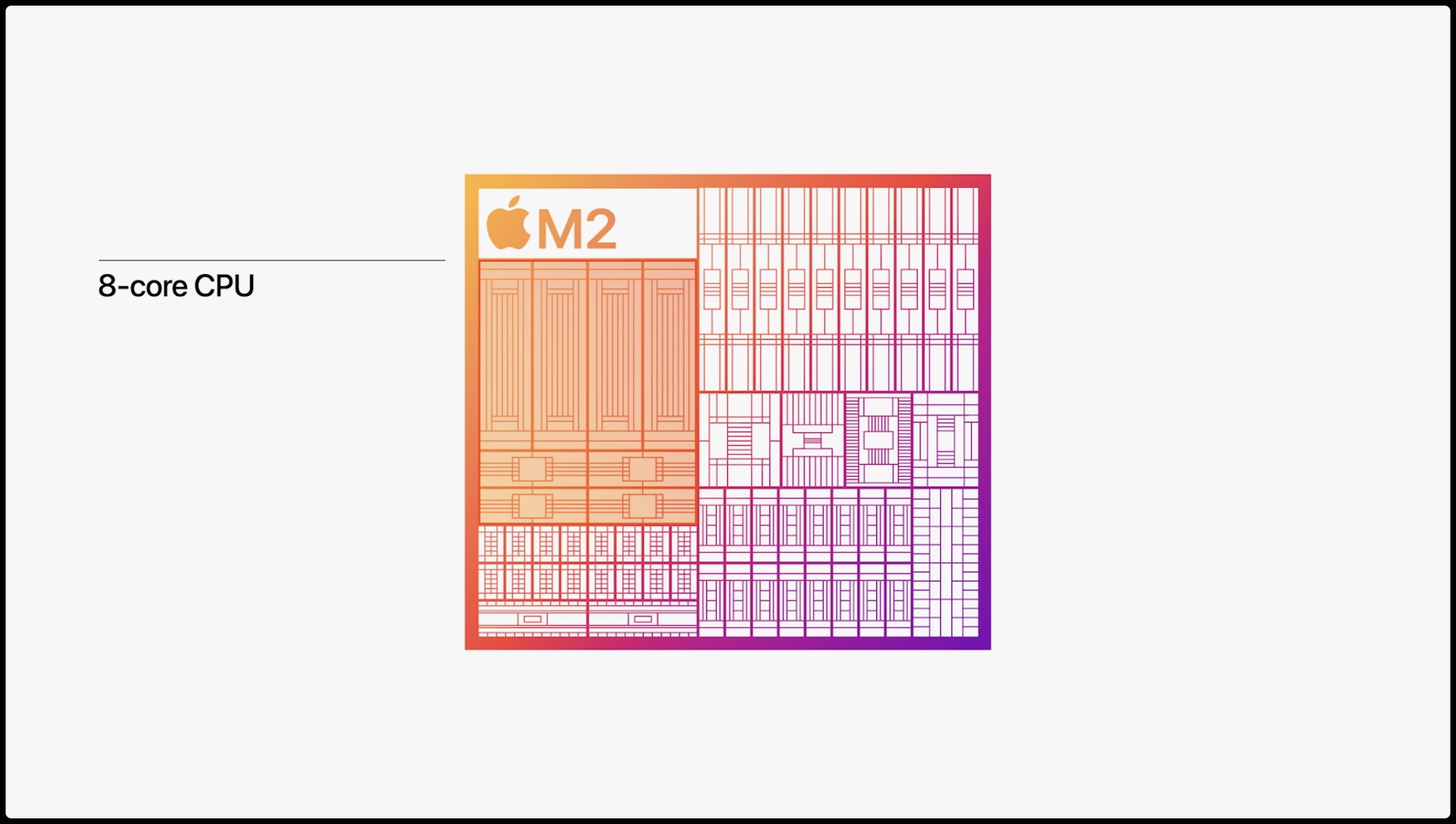 You can expect an even bigger boost in graphics performance since the GPU embedded in the M2 chip now has ten total cores versus eight cores in the M1’s GPU. This translates into one-quarter faster performance (25 percent) than the M1’s GPU at the same power level and up to a 35 percent jump in GPU performance at the maximum power level. 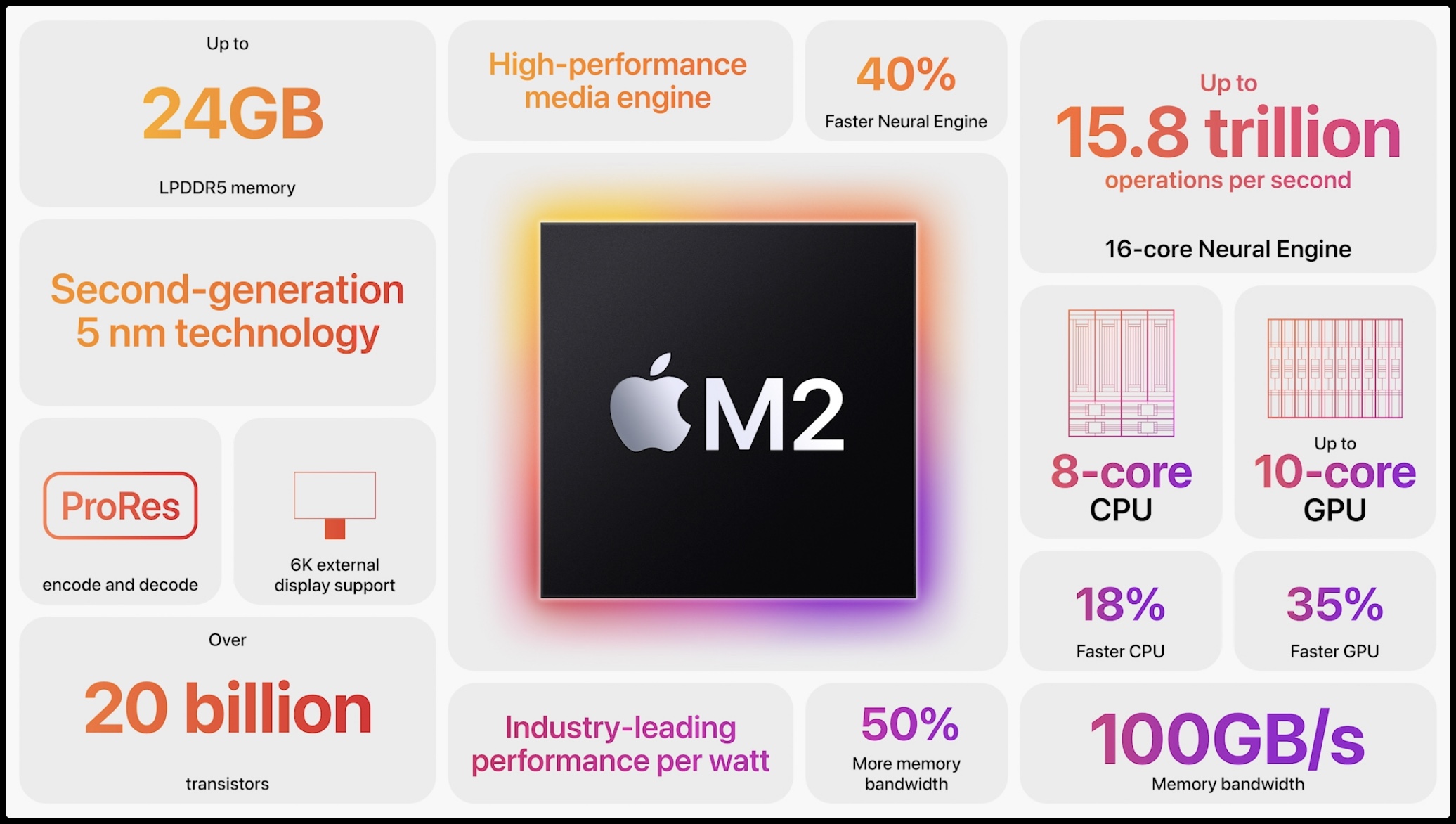 The Apple M2 silicon platform also includes a second-generation Secure Enclave, which is a cryptographic coprocessor than handles all your security keys, encryption/decryption and stuff like that. The neural engine in the M2 now delivers up to 15.8 trillion operations per second versus 11 trillion operations per second for the M1, which translates to a 40 percent faster machine learning performance.

The media engine cores inside the M2 have been improved significantly and now support 8K video playback and capture with the HEVC/H.265 and ProRes video codecs, and other enhancements. The improvements will allow the next MacBook Air and other M2-powered notebooks to play back multiple streams of 4K and 8K video without skipping a beat.

For further information, read a press release in the Apple Newsroom.