A few days after releasing AltServer v1.5 with support for high-demand features such as multi-device support, AltJIT compilation, and direct app slideloading, among other things, the AltStore team is back at it again this Friday morning with yet another captivating update. 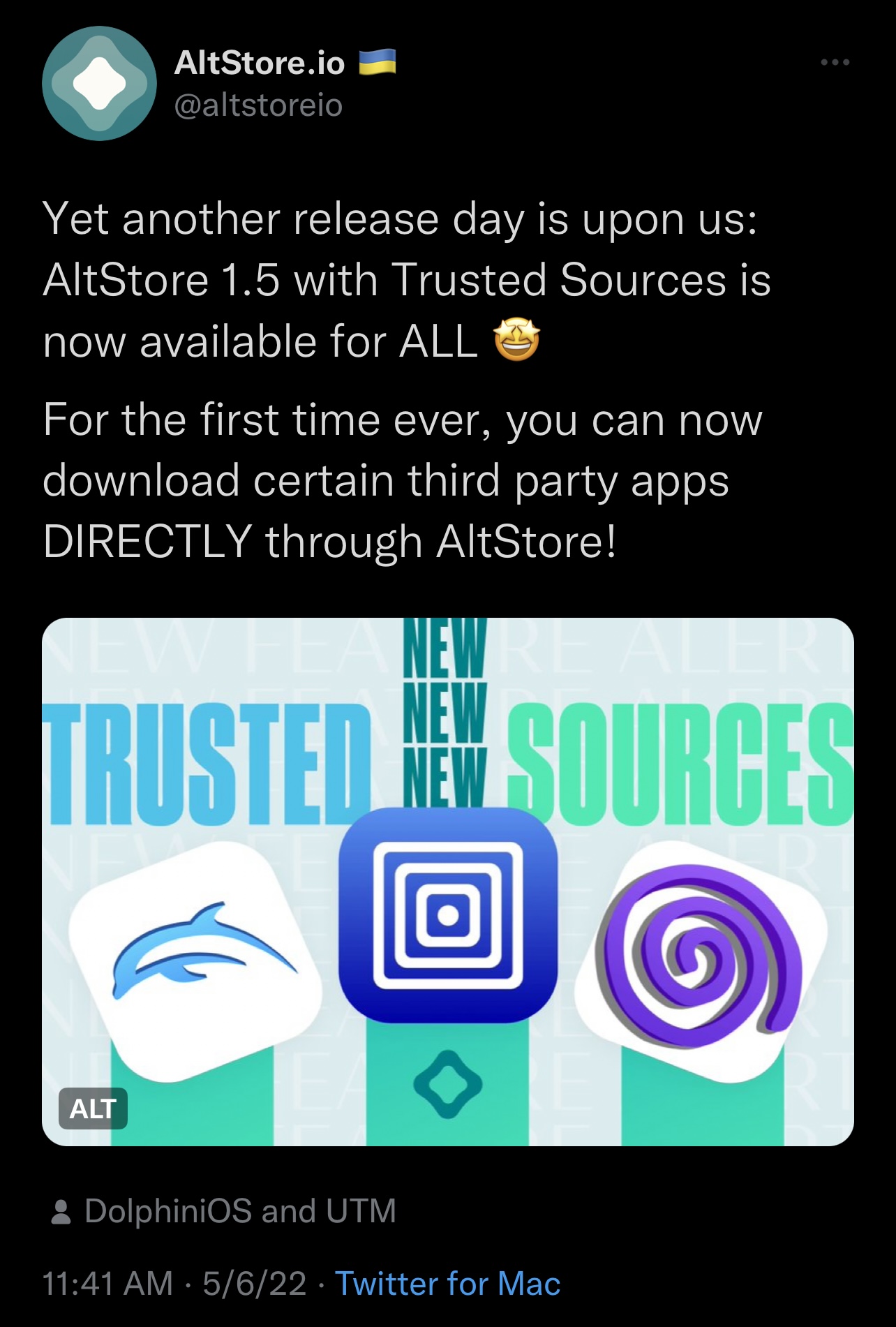 This time, the attention is on the AltStore app for iOS & iPadOS as opposed to AltServer for macOS and Windows, and from what we can gather, the new AltStore v1.5 release is going to make a lot of users proud.

Citing the announcement Tweet, it would appear that AltStore v1.5 is adding support for Trusted Sources, which means users will be able to download certain third party apps directly through AltStore without having to download and deploy the .ipa files themselves.

Trusted Sources are appropriately named because they’ve been screened by the AltStore team to ensure they pass basic safety standards. 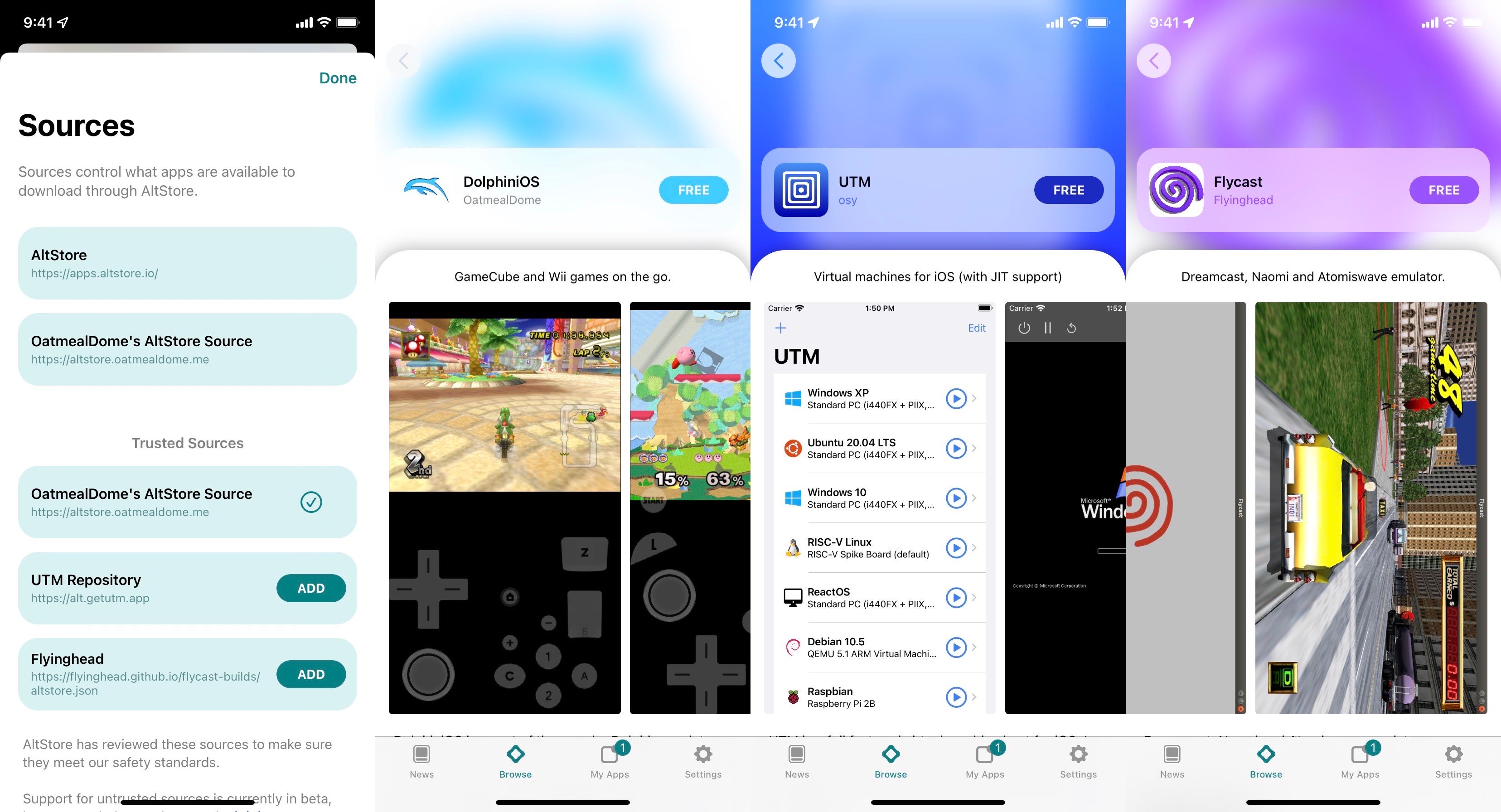 The AltStore team also says that support for adding any source will be coming in the future, but that it still requires more work. Today’s Trusted Sources update works as an interim enhancement as some users continue to wait for the ability to add sources themselves.

Some of the apps being promoted via Trusted Sorices include DolphinforiOS, UTMapp, and Flycast. The AltStore team says these apps have been chosen because they utilize AltJIT, the new feature implemented into AltServer v1.5 earlier this week.

There are a bevy of other changes in AltStore v1.5 as well, but we’ll let the change log do the taking with respect to that:

If you’re already using AltStore, then you can download this update directly from the AltStore app via the My Apps tab. Alternatively, AltStore v1.5 will automatically be installed upon installing AltStore on your device via AltServer for the first time.

Are you excited to go hands-on with the latest features that make sideloading more accessible for iPhone and iPad users? Be sure to let us know in the comments section down below.