Mozilla Firefox 100.0 brings enhancements to the picture in picture feature on desktop, as well as new wallpapers, clutter-free history and tabs on iOS and much more. 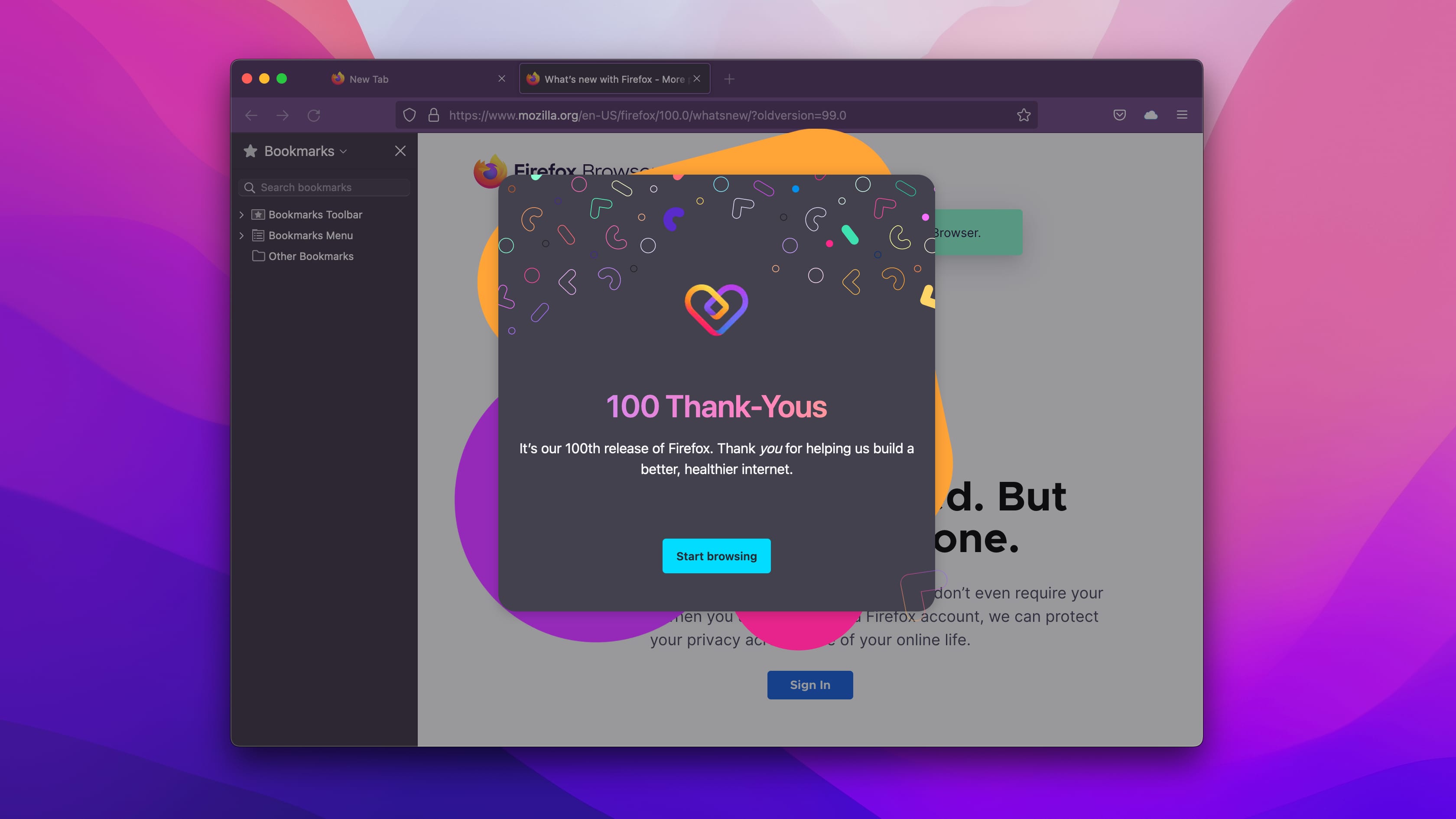 The Mozilla browser now supports captions and subtitles when watching videos in the picture in picture (PiP) mode. This works for YouTube, Prime Video and Netflix videos, but you’ll need to turn on the PiP subtitles on the in-page video player. Firefox’s picture in picture implementation also supports video captions on websites that use WebVTT (Web Video Text Track) format such as Coursera.org, Canadian Broadcasting Corporation and others. Read: 7 cool tips for Firefox for iOS

Speaking of video, Firefox for Mac now supports HDR video starting with YouTube, but you’ll need a Mac with macOS 11.0 or later that has an HDR-compatible screen, such as an Apple silicon MacBook Pro). HDR video support is enabled automatically if your device supports HDR, but you must turn off the setting on your battery preferences to disable video streaming optimization while on battery power.

After installing the update, you may see a new language selector if the Firefox language does not match your device’s language and region settings. The built-in spell checker now supports multiple languages. Mozilla says you can quickly enable additional languages by selecting them in the text field’s contextual menu. And for UK users, Firefox now supports credit card autofill and capture.

Mozilla has also updated the mobile versions of Firefox with version improvements, including clutter-free tabs and fluter-free history. For starters, any inactive tabs that you haven’t opened or switched to in the past 14 days will be automatically hidden for a more aesthetically pleasing appearance. The browser will remove duplicate tabs, too. Your browsing history is now tidied up as well, with history entries organized by websites like Safari. Read: How to change your Safari wallpaper

Clutter-free history and clutter-free tabs for Android and iOS will tackle clutter not only by organizing browser history by removing duplicate sites and grouping history items by the original item, but also by moving tabs that haven’t been opened in 14 days to an inactive state, keeping them available – but out of immediate view. This edition of Firefox also brings one feature that’s currently exclusive to Android: The ability to automatically use encrypted HTTPS connections whenever possible to keep their browsing history private. And last but not the least, mobile Firefox users should appreciate new Firefox wallpapers to personalize their experience.

Firefox for iOS is available at no charge. [App Store link]

For the full list of all the changes, fixes, improvements and new features in Firefox 100.0, be sure to read the release notes that are available on the Mozilla website.