Siri is a fantastic tool for commanding actions on your iPhone or iPad with the sound of your voice, but many would likely agree that Siri’s full potential isn’t yet being harnessed by Apple.

Here to help with that feeling is a newly released jailbreak tweak dubbed Commandify by Hyperixa, which adds a plethora of new commands to Siri so that you can more effectively control your handset by speaking.

Right out of the box, Commandify adds the following new commands to Siri:

While the aforementioned are the only new commands being added to Siri with Commandify as of right now, the developer says more are definitely coming in the future. Having said that, it’s a good idea to send a request to the developer if there’s one you want in particular.

Once installed, users can head over to the Hyperixa app on their Home Screen to customize what they’ll say to activate the aforementioned commands, as well as toggle Commandify on or off on demand: 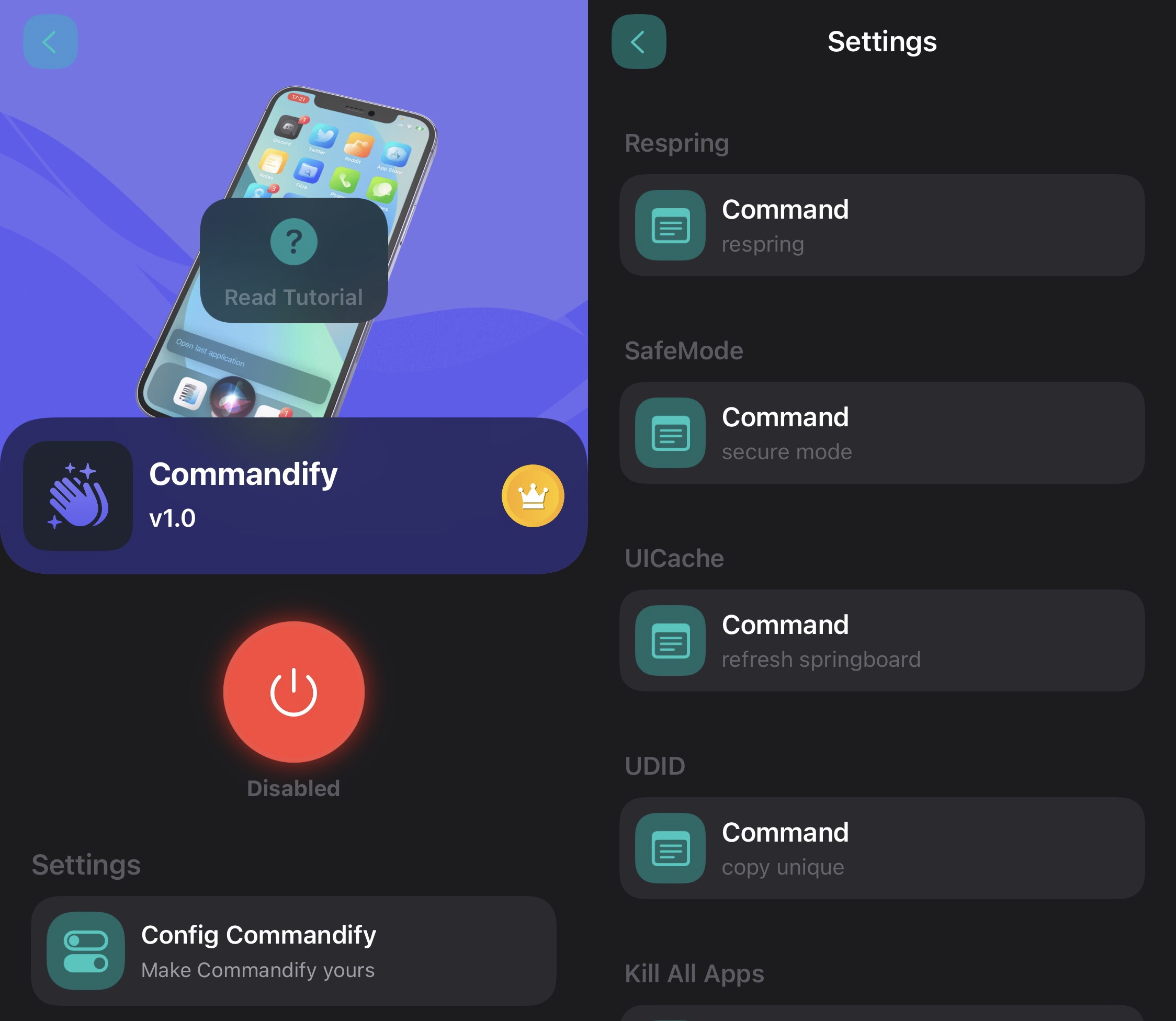 Hyperixa notes that as of the initial release, there is an issue with using “Hey Siri,” which means that you’re going by to need to use the hardware button on your device to invoke Siri and use custom commands. The team is working on a fix for this that will accompany a future update.

Those interested in expanding their Siri capabilities with Commandify can download the tweak for free from the Hyperixa repository. Commandify supports all jailbroken iOS & iPadOS 14 devices.

If you’re not already using the new Hyperixa repository, then you can add it to your package manager app by using the URL provided below:

Do you plan to take advantage of Commandify to augment Siri’s capabilities? Be sure to let us know in the comments section down below.