Google has now quietly released its iPhone app on the App Store, dubbed Switch to Android, aimed at those who’d switch to the search giant’s mobile operating system. 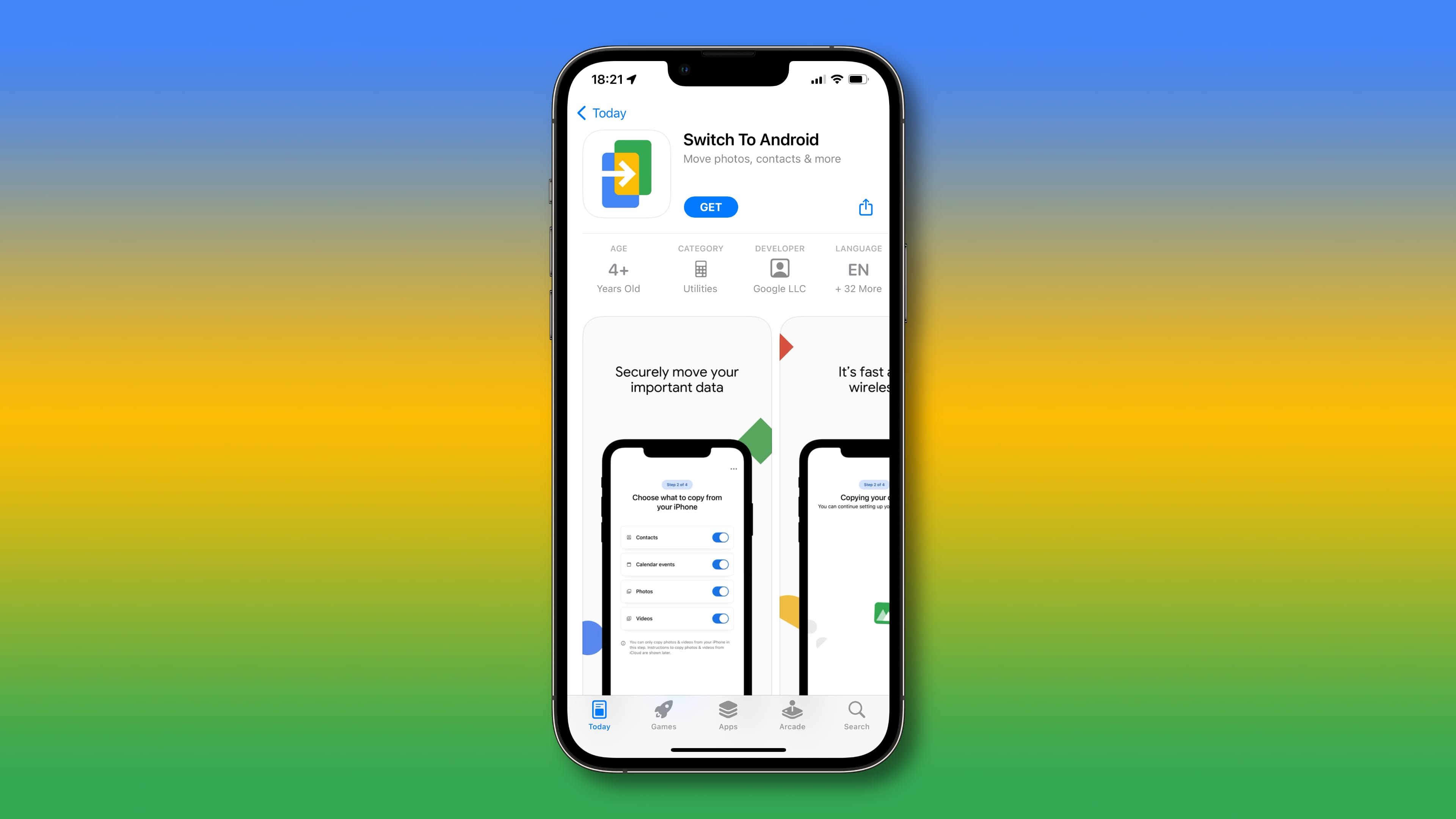 Similar to Apple’s Move to iOS app for Android, Google’s new software lets iPhone owners wirelessly transfer their data to an Android handset, including their photos, videos, contacts, calendar events and more. The app is designed for people who have purchased an Android phone, not to entice or attract iPhone owners to switch to Android. Read: How to share Wi-Fi password from iPhone to Android

The software walks you through other important steps to setting up your device, such as turning off iMessage on your iPhone “so you don’t miss text messages from friends and family.” It’ll also ask you for a bunch of permissions before it can transfer the data from your iPhone over to your Android device. To migrate your Photos library to Google Photos, you’ll need to connect with your iCloud credentials.

As TechCrunch notes, your apps are not transferred:

Unfortunately, one thing Google’s new Switch to Android iOS app doesn’t help with is migrating a users’ applications. This is likely due to limitations as to what third-party apps can access on the user’s device. Apps aren’t supposed to scan the user’s iPhone to extract a list of all the other apps a user has installed, that is.

For more information about switching to Android, visit the official Switch to Android website. As mentioned, Apple also has a similar app of its own, called Switch to iOS [Play Store link] along with the associated support document providing instructions for transitioning user data and settings from an Android phone to an iPhone. Read: How to automatically upload images to Google Photos instead of iCloud Photos

The user wins: Switching should now be easy in either direction.

The Move to Android app is available free of charge. [App Store link]

Google is releasing the app in stages. Currently, Move to Android is available on the App Store in the United States and several major European markets, with additional rollouts to follow in the coming days. If you’re not seeing the app yet in your local App Store, check back in a few days. Read: How to clear the App Store cache