The rumored March event is now official! Apple has just scheduled a special broadcast on International Women’s Day 2022, with the tagline “Peek performance.” 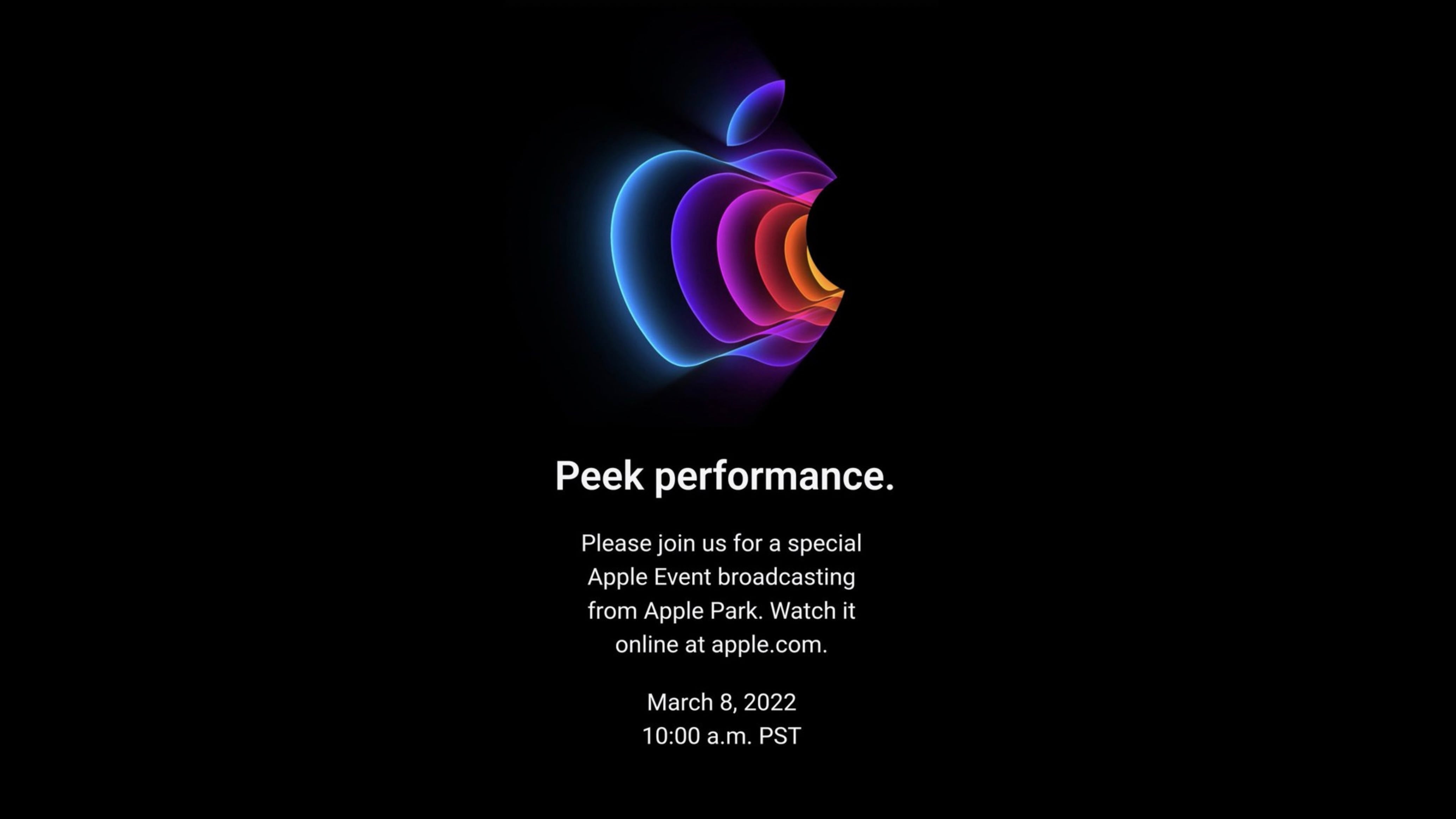 Like much of the tech world nowadays, this will be an online-only event due to the health restrictions and the current pandemic. The pre-recorded broadcast will begin streaming on Tuesday, March 8, 2020, at 10am Pacific Time / 1pm Eastern Time.

Greg Joswiak, the company’s Senior Vice President of Marketing, shared a little animation on Twitter in the hope of drumming up the excitement ahead of the event.

It shows an animated Apple logo comprised of radiating outlines in yellow, orange, red, pink and purple. Apple also provided this animation as an augmented-reality experience, which has become something of a tradition for the company.

How to enjoy Apple’s March 2022 event animation in AR To see the morphing logo outside of augmented reality, hit “Object” in the viewer.

How to watch Apple’s March 2022 event

On Apple’s own platforms, the presentation will stream via the company’s official TV app on the iPhone, iPad, Mac and Apple TV. These event videos were hosted in the official Apple Events app in the past. But as Apple discontinued that app, all event videos have since moved to the TV app.

You can sign up to get reminded about the event by opening Apple’s placeholder video on YouTube, then choose “Set Reminder.” YouTube will issue a notification about half an hour before the stream goes live on the platform.

What to expect from Apple’s March 8 event?

As was mentioned many times, the event may see not one, not two but three announcements, at least. Aside from new spring-themed iPhone cases and Apple Watch bands, at least one new Mac model featuring the company’s own silicon is expected. Whether that could be a new baseline MacBook Pro, a refreshed Mac mini, a redesigned MacBook Air or an updated 27-inch iMac remains to be seen.

A 5G-equipped iPhone SE could be unveiled, too, and some folks are keeping their fingers crossed for iPad updates in form of a fifth-generation iPad Air. The rumor mill doesn’t think the next iPad Pro will be unveiled at the March 8 event, however.

What are your expectations from Apple’s next event? Let us know in the comments!