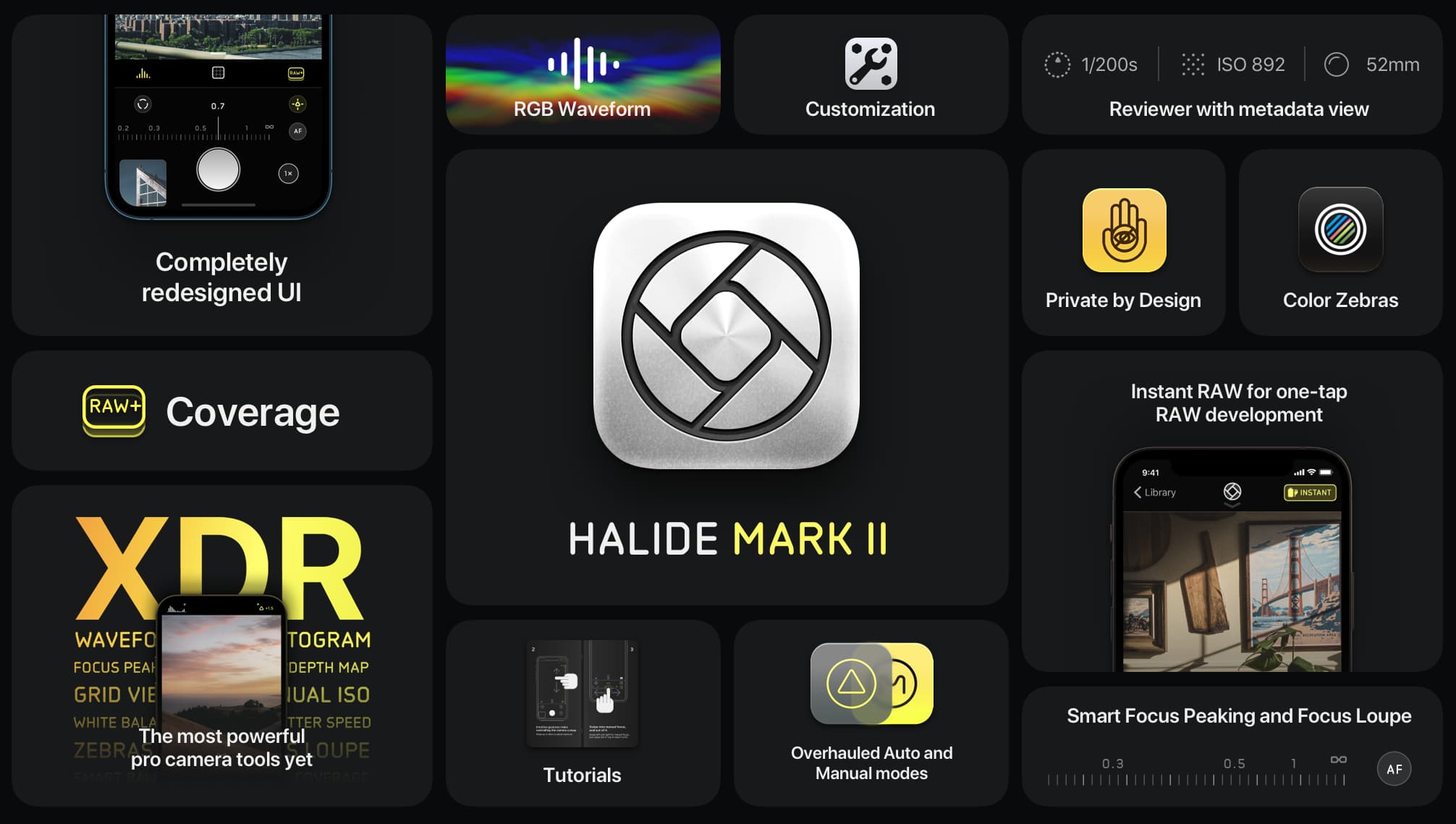 Halide is a very popular and powerful third-party camera software that lets you make the most out of the iPhone camera. In its latest 2.7 version, developers have made the app even better by adding a couple of time-saving features. This includes the ability to perform batch actions on photos, such as applying a filter to a series of images or deleting multiple photos from a new grid view.

To perform batch actions on images hit the “Select“ button in the upper-right corner, then individually touch the photos you’d like to include in the election. Next, hit the “Action” button to bring up a list of actions to choose from. Select an action like sharing or sending a group of photos to another app. Alternatively, touch the trash icon to batch-delete all of the selected images at once.

Halide 2.7 includes an all-new view that groups image thumbnails in a grid for a quick at-a-glance overview. For instance, each photo you’ve favorited is displayed with a heart, similar to Apple’s own Photos app. So how’s this useful? “After a shoot, you can just favorite the best photos, and use the batch selection feature to quickly delete the rest,” developers explain in release notes accompanying the download.

And to make switching between the new grid view and the fullscreen reviewer effortless, Halide 2.7 includes a new gesture: Just swipe up from your photo to instantly jump into the grid view. And vice versa: When in the grid view, swipe down to return to the camera. Read: How to take long exposure photos with iPhone

Other new features in Halide 2.7 for iOS

An improved image rescue function in Halide 2.7 has been updated to address a bug within iOS that prevents saving photos. Now when the bug manifests itself and iOS won’t save images to your library, Halide will save a copy within the app and show you a notification informing you of the error.

When you’re ready to get your photos out of Halide, just open our photo reviewer. You’ll notice a big banner at the top explaining that we saved your photos. Tap on it, and we’ll show you the photos we saved. From there, you can either try to save them again or you can tap the action button in the upper right to share them off your phone some other way, such as AirDropping them to your Mac.

As the Halide developers note, this is a weird bug that sometimes fixes itself but, for the most part, it does affect people. They’ve informed Apple about the bug but the company has yet to fix it. Read: How to fix common iPhone camera problems

Halide supports robust RAW capture and is regularly refreshed with new features. In November 2019, for instance, the app was refreshed with its own version of Apple’s macro shooting mode on the iPhone 13 Pro. Unlike Apple’s feature, Halide’s own macro mode works on a wider range of models spanning the iPhone 8 and later.

Halide is a free download from the App Store, but the app is not free to use.