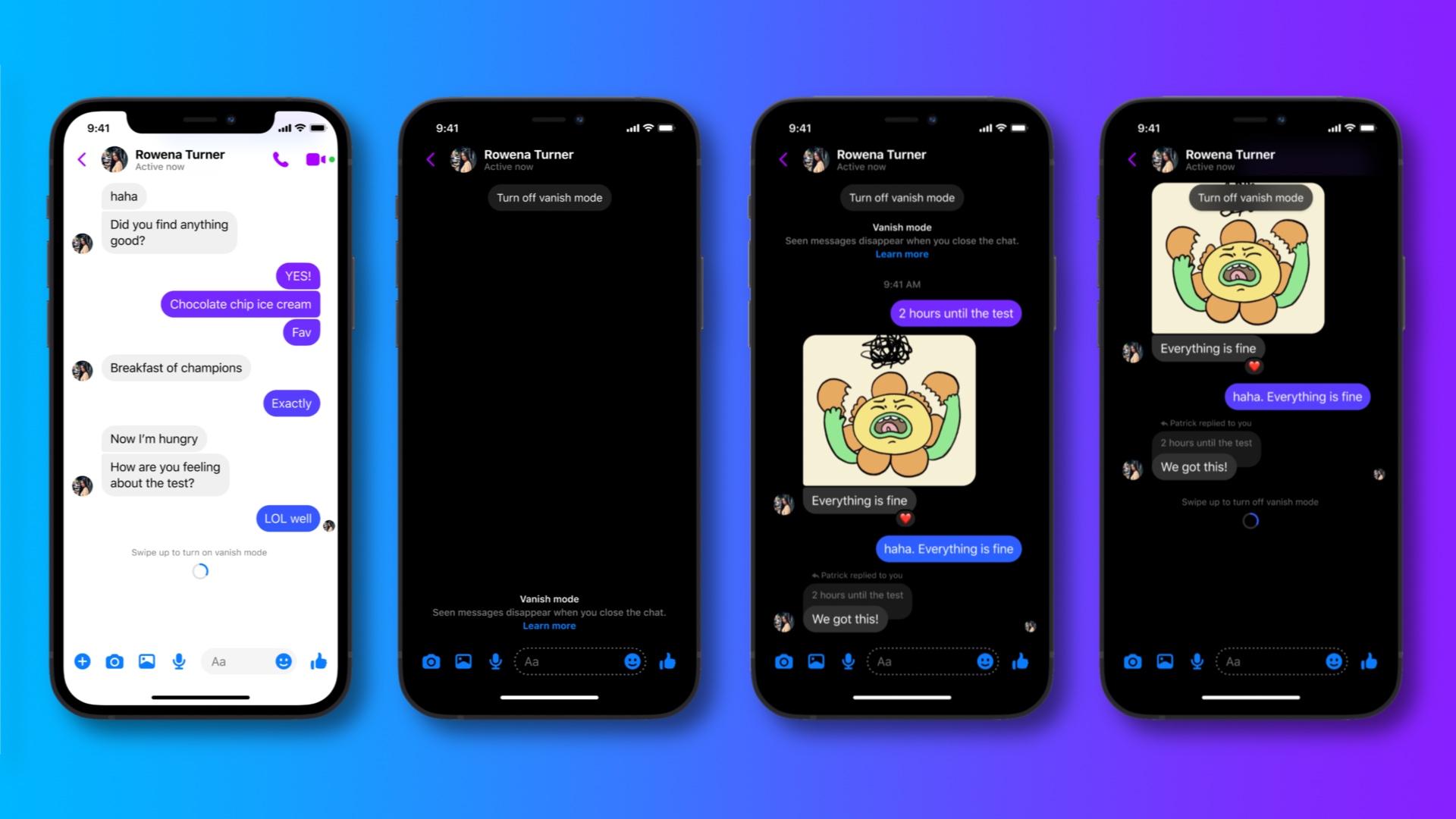 If you’ve ever sent someone an image on Snapchat that automatically disappears after being viewed, you’ll feel right at home. With Vanish Mode, Messenger automatically clears texts, GIFs, stickers or reactions as soon as they are seen.

You can cycle between regular and ephemeral messaging with a swipe. To enter Vanish Mode, open an existing chat and simply swipe up. To exit Vanish Mode and get back to normal messaging without auto-disappearing messages, swipe down.

For further details, read the official announcement on Meta Newsroom.

There are a few other nice-to-haves and noteworthy updates.

A new Split Payments feature, for example, was designed for situations when you might want to split a bill with friends. A request can be sent in any group chat by hitting the plus icon, the company notes. You can have Messenger split your bill evenly or set a custom amount owed for each friend. This feature has been launched in Messenger for iOS and Android in the US. Read: How to prevent people from sharing your Instagram stories

One new feature, due later in 2022, will let your friends confirm your identity if you get locked out of your account. This could easily become a life-saving feature for anyone who has lost access to their Instagram accounts. And for Safer Internet Day, as detailed in Meta’s blog post, Instagram is highlighting its “Security Checkup” and “Your Activity” features that give users the ability to bulk manage content, interactions, and more.