The iPhone’s native Wallet app lets users store and quickly summon important passes and payment methods, but Apple limits what you can store in the Wallet app, which proves frustrating in many cases.

iOS developer 0xkuj recognized the benefit of an all-in-one interface for various forms of documentation when attempting to fly from one country to another, and that’s when they came up with the idea for a new jailbreak tweak dubbed Docbox.

Docbox is a conveniently-accessible interface that can store virtually any visible photo or document you can imagine. Once installed, you can summon Docbox with a grabber or via an Activator action of your choosing to look at anything you’ve stored there.

As you can see in the screenshot examples above, the Docbox interface is clean and hovers above any interface you might be looking at. Some examples of information you might store in Docbox include:

Docbox currently supports up to 14 different photo-based items, and supports PDF, DOCX, and XLSX files, so you can get creative with how you use it. Whether you plan to use Docbox for official purposes as the developer did, or for personal purposes, is totally up to you.

After you install Docbox, you will find a dedicated preference pane in the Settings app where you can configure the tweak to your liking:

Digging deeper, you can see what’s in the Album and Grabber preference panes below: 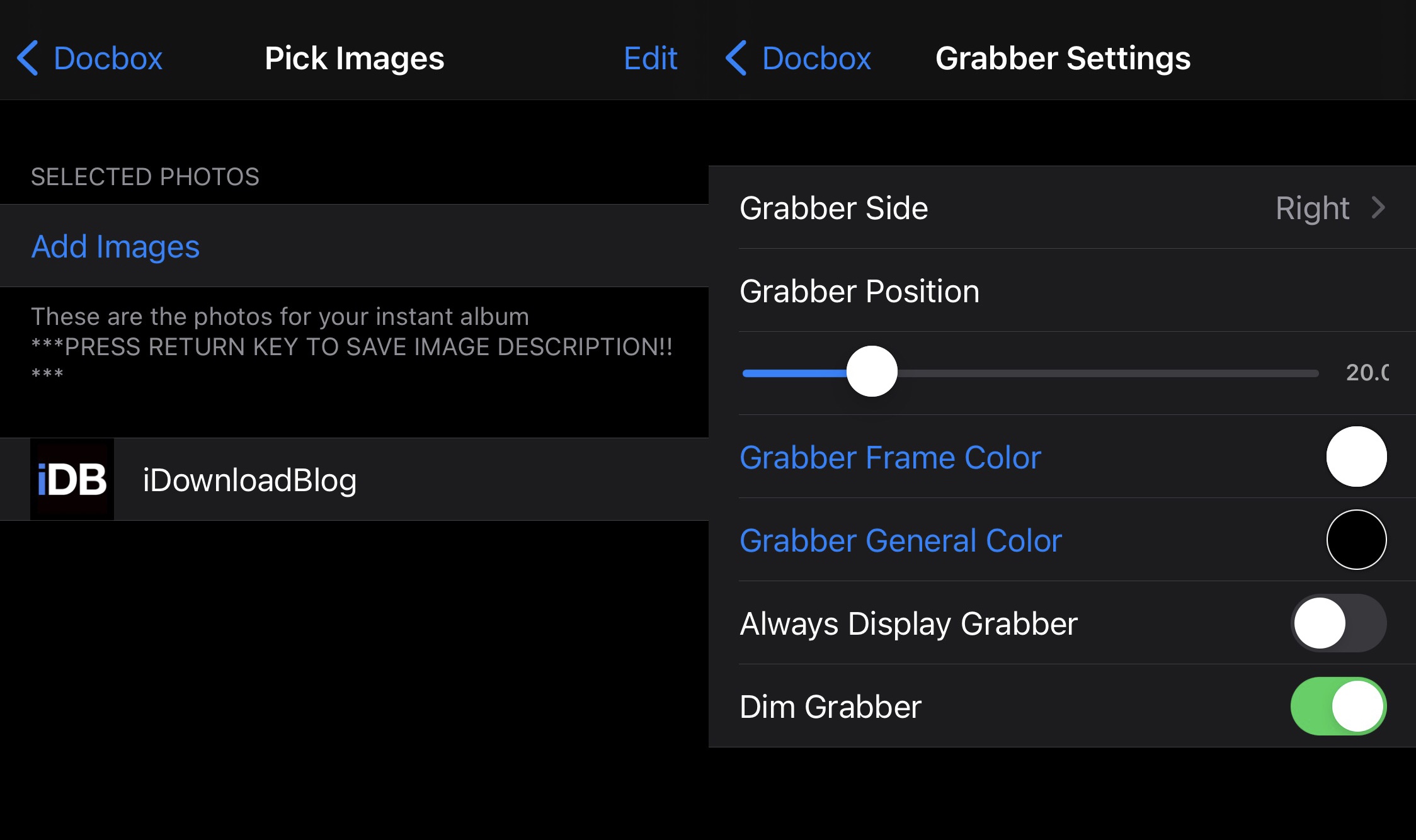 The Album preference pane is pretty straightforward, as this is where you’ll go to add photographic items to your Docbox.

In the Grabber preference pane, users will find various options including:

If you find yourself in a scenario where you could use fast access to photos and documents in a pinch, the the new Docbox tweak could prove useful. The tweak is available for $0.99 from the Havoc repository via any package manager app of your choosing, and supports jailbroken iOS 12, 13, and 14 devices.

Do you have any plans to give the new Docbox tweak a try? Tell us why or why not in the comments section down below.