While there are several package managers for jailbreakers to choose from today, one of the most widely trusted is Cydia, a tried and true workhorse that has been with us jailbreak after jailbreak for more than a decade. However, all that age is beginning to show as Cydia hasn’t received any real aesthetic upgrades over the years; this continues even as competing package managers such as Installer, Sileo, and Zebra both outperform and look much slicker than Cydia. 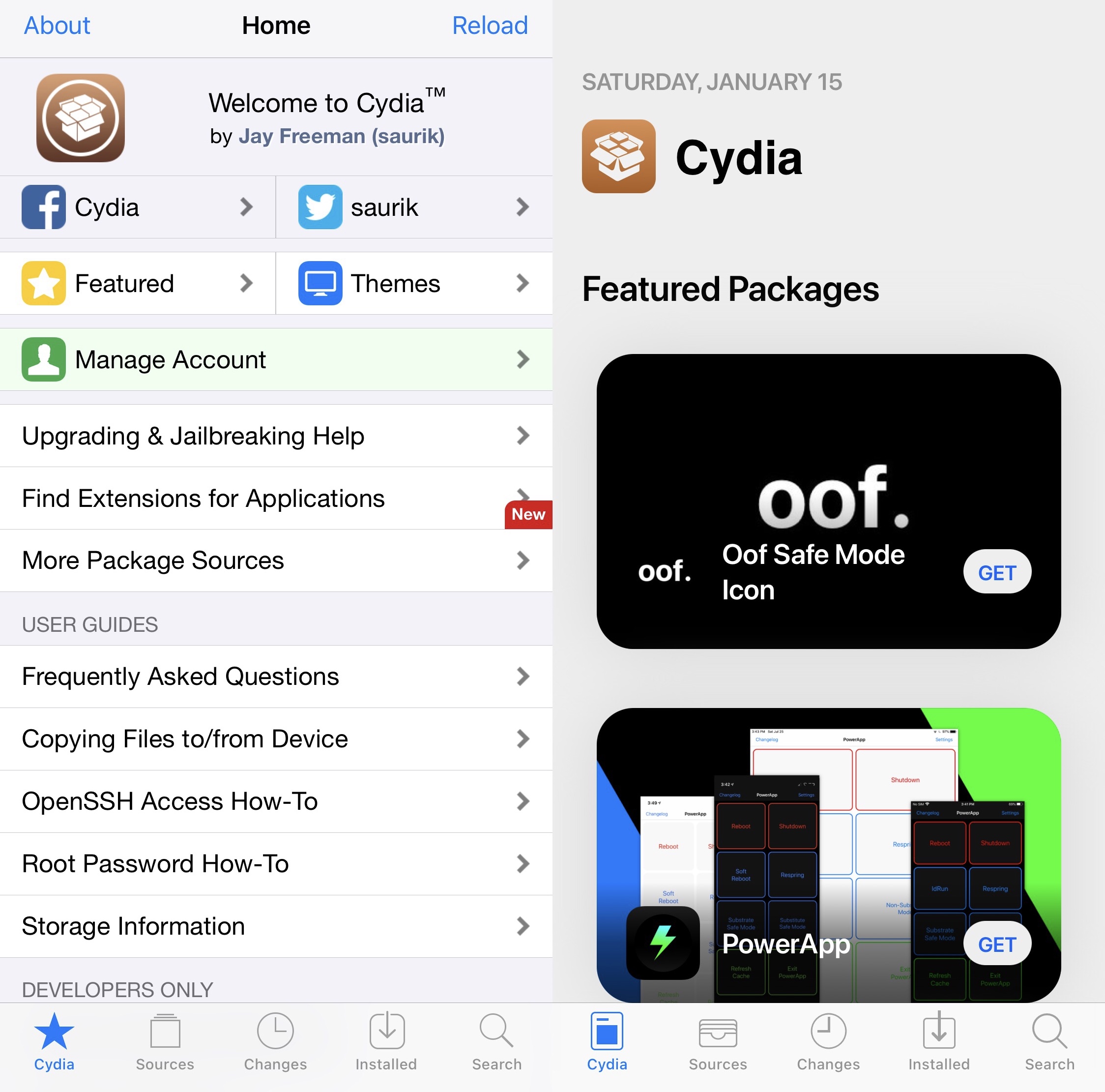 Fortunately, a new and free jailbreak tweak dubbed FreshCydia by iOS developers t0mi, BluDood, and DaanDH12can breathe new life into the Cydia app by giving it a modernized home page that puts its aesthetics on par with many of the competing package manager apps.

The before (left) and after (right) screenshot examples posted above depict the substantial difference that FreshCydia makes in transforming the Cydia app’s home page aesthetics. Gone are the outdated link shortcuts, which are instead replaced by featured package banners and a plethora of different recommended repository sources that you can add to Cydia with a tap.

Below is a closer look at the newer home page in full:

It’s important to note that FreshCydia is merely a cosmetic upgrade for the Cydia app. As such, it won’t do anything to make Cydia as fast or faster than some of the competing alternatives. Having said that, FreshCydia is a great way for Cydia loyalists to continue using their favorite package manager app, albeit with a fresh coat of paint.

According to the developers, FreshCydia uses an API provided by Parcility to grab the featured package and repository source lists. Having said that, the developers themselves won’t need to regularly update the tweak with new featured content, as the Parcility API does that for them, automatically.

FreshCydia doesn’t come with any options to configure, so what you see is ultimately what you get. It seems like a solid upgrade from where I’m sitting.

If you’re interested in giving FreshCydia try, then you can download the tweak for free from the BigBoss repository via your favorite package manager app on any jailbroken device running the Cydia package manager.

Do you think that FreshCydia offers a fair upgrade over the stock Cydia user experience? Be sure to let us know why or why not in the comments section down below.