Thanks to one developer’s passion project, you can now play the original Prince of Persia on your Apple Watch, no app required, and it works great. 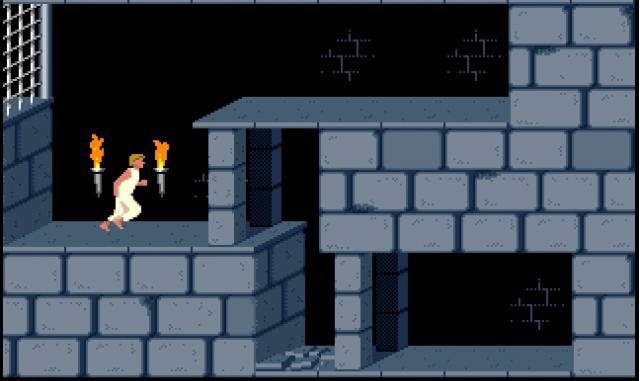 Prince of Persia ported to Javascript

As reported by 8BitNews, this has been made possible thanks to the efforts of software developer Oliver Klemenz, who adapted the original Prince of Persia game for the Apple II to Javascript, a programming language often used in web development.

Although Apple Watch lacks a version of the Safari browser, you can indeed surf the web from your wrist. That’s because watchOS includes support for rendering web content when you open a link in an iMessage. Since Oliver’s Javascript port of Prince of Persia runs comfortably on any device with a web browser, and the Apple smartwatch is one of such devices, you can now play Price of Persia from your wrist.

Klemenz has shared a video demonstration, embedded right ahead, on his Twitter.

Incredible! Prince of Persia runs on @Apple Watch including full @phaser_ engine, playable with touch controls. Just send a mail or message with body https://t.co/YazGHnxyEy to yourself, open link on Apple Watch and play in near original resolution. #PrinceOfPersia #AppleWatch pic.twitter.com/n9dejPnopY

The Javascript port runs in near original resolution on Apple Watch. The latest Apple Watch Series 7 model maxes out at 396×484 pixels. By comparison, the Apple II for which the game originally debuted had the native monochrome resolution of 280×192 pixels.

Why would you wanna play Prince of Persia on your wrist? First and foremost, it’s a true classic and a great game overall. You may argue that the graphics are outdated (of course they are!), but the puzzles and gameplay are as engaging as they have ever been. So yeah, you may want to play Price of Persia on your watch for nostalgic reasons.

How to play Prince of Persia on your Apple Watch

The game is fully playable on the watch with touch controls. Just touch and hold where you’d like your character to go or tap the Apple Watch display to perform jumps.

Incredible! Prince of Persia runs on @Apple Watch including full @phaser_ engine, playable with touch controls. Just send a mail or message with body https://t.co/YazGHnxyEy to yourself, open link on Apple Watch and play in near original resolution. #PrinceOfPersia #AppleWatch pic.twitter.com/n9dejPnopY

Created by Jordan Mechner, the original Prince of Persia was a groundbreaking platformer released back in 1989 which spawned many sequels and 20+ ports so far.

As Gizmodo reported, the original Prince of Persia used lifelike character animations for the main protagonist which Mechner created using a technique called rotoscoping. Basically, he videotaped his brother running and jumping in a parking lot. He then digitized each individual frame to create pretty smooth in-game movements.