The Morning Show is a launch title for Apple TV+. It helped bring Apple’s video streaming service into the limelight for awards seasons, to be sure, even if things started out a little rough. So a renewal for a second season wasn’t all that surprising. 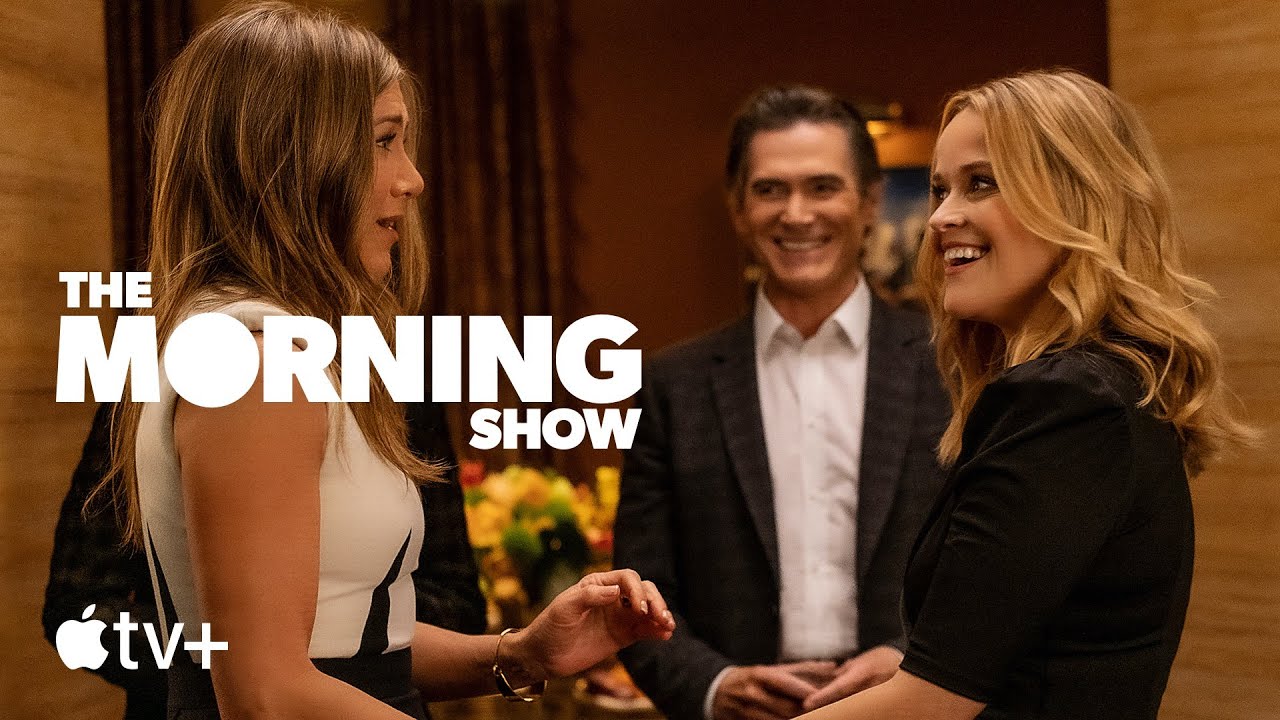 Update (01/10/2022): As expected, while Apple TV+ took a more circuitous route to confirm that the hit drama The Morning Show would be getting a new season, it’s now officially official. In a separate press release, Apple TV+ confirmed today that The Morning Show has been renewed for a third season.

On the heels of the buzzy sophomore season finale of “The Morning Show,” today Apple TV+ announced that the global hit, Emmy, SAG and Critics Choice Award-winning series has been renewed for a third season. Starring and executive produced by Reese Witherspoon and Jennifer Aniston, directed by Mimi Leder and produced by the studio Media Res, Hello Sunshine and Echo Films, season three of the broadly acclaimed drama will be showrun and executive produced by Charlotte Stoudt (“Fosse/Verdon,” “Homeland,” “House of Cards”).

In addition to that bit of news, Apple TV+ also confirmed that it has signed a new, multi-year overall deal with  Stoudt, all for new scripted television series.

And the second season of the drama was well-received as well. It officially wrapped up that second season in November of last year, but, interestingly, Apple TV+ hasn’t gone out of its way to officially announce a renewal. At least, not in the way we’d expect. Or even come to expect, with Apple typically going out of its way to renew some of these shows even before the current season wraps up.

But, today, that’s what happened.

In a press release issued today basically touting the company’s different services, the company also revealed that there are new seasons for Truth Be Told, Servant, and The Morning Show on the way as well. The press release also notes that new seasons of the dark comedy Physical and the work-place comedy Mythic Quest are also coming at some point in the future.

This year, subscribers will be able to enjoy even more highly anticipated Apple Originalsfrom internationally renowned storytellers, including “WeCrashed,” “The Afterparty,” “Fraggle Rock: Back to the Rock,” “Severance,” and “Suspicion,” as well as new seasons of returning favorites such as “Servant,” “Mythic Quest,” “Ted Lasso,” “Physical,” “Truth Be Told,” and “The Morning Show.”

But, for fans of The Morning Show, it’s good news that there is at least one more season in the works, apparently. It’s probably safe to assume that, following today’s press release, Apple TV+ will have something a bit more direct to offer up regarding the drama’s upcoming season renewal. As soon as that happens, we’ll be sure to let you know.

Did you catch up with the second season of The Morning Show? If so, what did you think? Are you looking forward to a third season?