Just yesterday, unc0ver Team lead developer Pwn20wnd updated the unc0ver jailbreak tool to v8.0.0 with official support for A12 & A13-equipped iPhones and iPads running iOS or iPadOS 14.6-14.8. It was trailed by a quick update to v8.0.1 to address issues on A12 handsets running iOS or iPadOS 14.6, but it seems that yet another update was released this Thursday evening in the form of version 8.0.2. 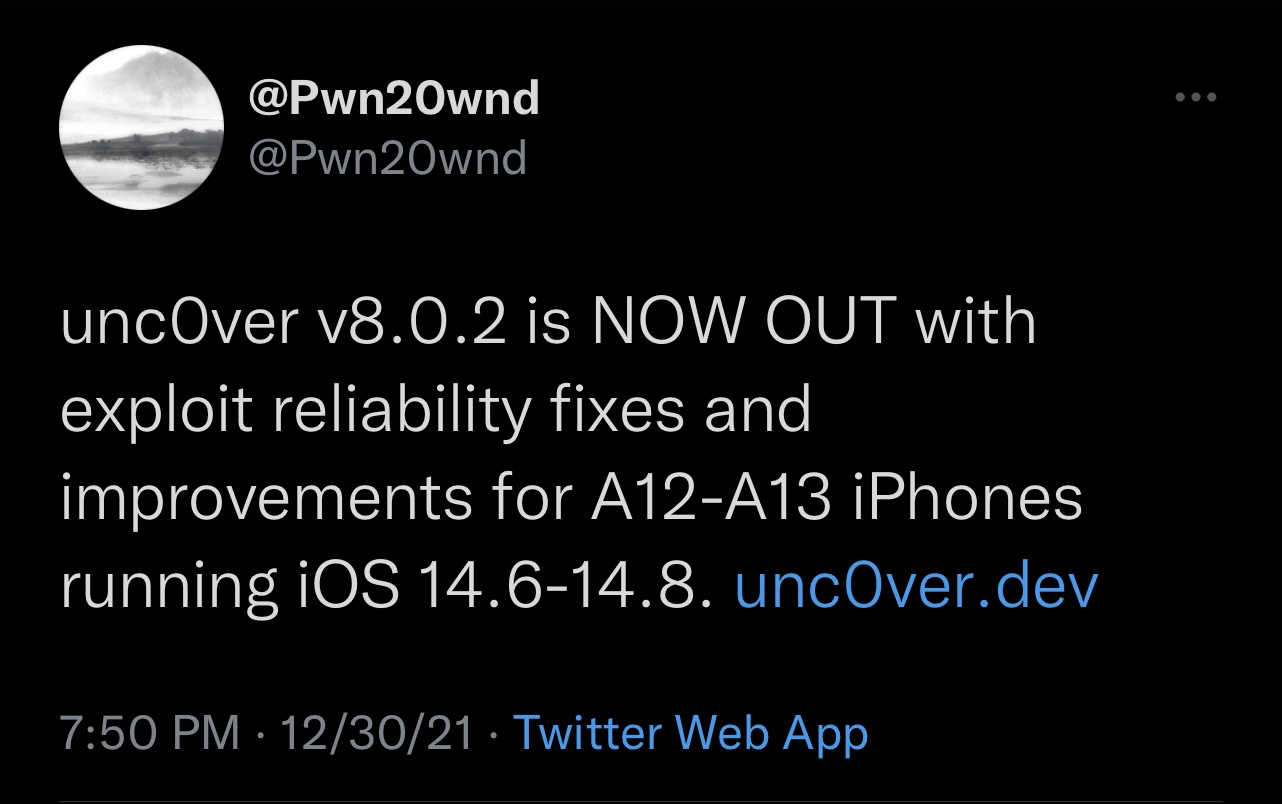 Citing the official change log for unc0ver v8.0.2, it would appear that the latest version incorporates improvements to exploit reliability. With a little of extra guidance coded into this version of unc0ver, users of all A12 & A13 handsets running iOS or iPadOS 14.6-14.8 should experience fewer disruptions while attempting to jailbreak.

In a separate bullet point in the official change log, Pwn20wnd singles out the iPhone XS as one of the handsets that should see greater reliability improvements, however the first bullet point mentions improvements for all devices.

The unc0ver Team credits security researcher @pattern_f_ on the unc0ver.dev website for helping with the exploit logic used in this new unc0ver release. In a Tweet, @pattern_f_ said that his contribution to unc0ver v8.0.0 and later included providing a kernel r/w strategy based on the CVE-2021-30883 exploit that Apple fixed in iOS & iPadOS 15.0.2.

Since unc0ver v8.0.0 and later can only jailbreak A12 & A13-equipped handsets running iOS or iPadOS 14.6-14.8, this means that support for these particular firmware versions will be limited to the following subset of iPhones and Pads:

Remember also that if you have supported hardware and are using firmware older than iOS or iPadOS 14.8, then you can still currently use the delayed OTA profile to install iOS or iPadOS 14.8 at the time of this writing.

If you’re already using unc0ver v8.0.0 or 8.0.1, then the unc0ver v8.0.2 update is highly recommended, as it will make re-jailbreaking easier in the future due to the exploit reliability enhancements. Even those who are using older versions of unc0ver are advised to download and utilize the latest version, since it brings bug fixes and improvements across the board.

Have you downloaded the latest version of unc0ver for your handset yet? Let us know how it works for you in the comments section down below.