Ever notice that slick animation that comes across your iPhone’s screen when you bring a pair of AirPods, AirPods Pro, AirPods Max, or even certain Beats-branded Bluetooth headphones nearby? 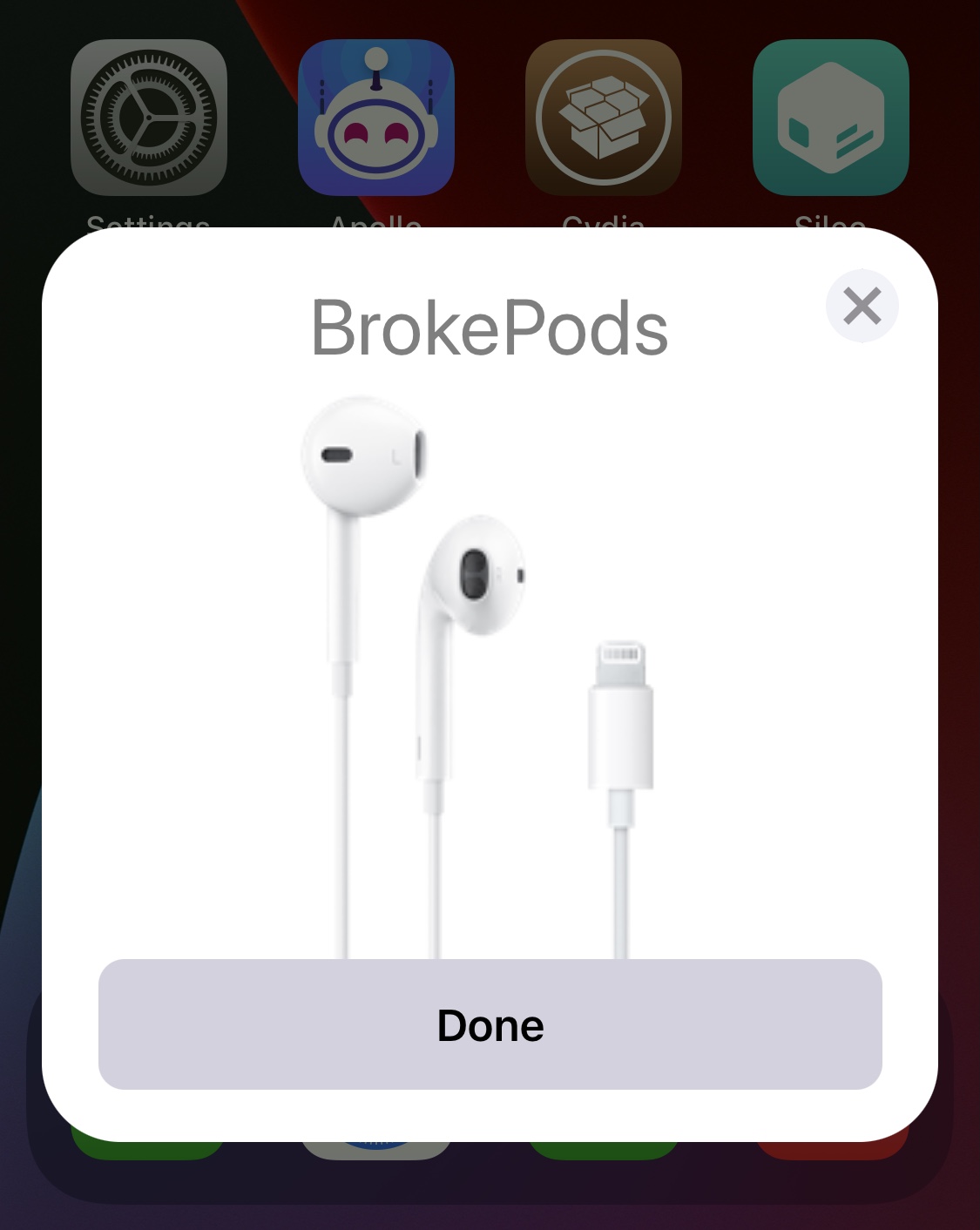 It’s definitely a nice add-on for music listeners, but it can leave those using the basic wired EarPods feeling a little salty as they have nothing nice to look at when connecting them to their handset.

iOS developer Donato Fiore is changing the stigma associated with EarPods with a new and free jailbreak tweak dubbed BrokePods, which forces an AirPods-style pop-up to populate on your iPhone’s display when connecting a pair of wired EarPods.

A screenshot example of BrokePods at work is depicted in the illustration above. As you might’ve already guessed, after you’re done with the pop-up, you can tap the Done button to dismiss it.

The idea behind BrokePods was originally proposed by @flower#1116, and for those wondering why it exists, the answer is that it helps boost the visual appeal associated with using a pair of basic EarPods.

If you’re interested in giving BrokePods a try, then you can download it for free from Donato’s personal repository via your favorite package manager app. The tweak supports jailbroken iOS 13 and 14 devices.

Those not already using Donato’s repository can add it to their package manager app of choice by using the URL provided below:

Will you be using BrokePods along with your wired EarPods, or are you already boarded on the AirPods train? Let us know in the comments section down below.