Upon jailbreaking my iPhone X running iOS 14.8 with checkra1n for the first time, something I began noticing while attempting to test various jailbreak tweaks – especially those intended to modify notification behavior – is that my device would no longer receive iMessages. 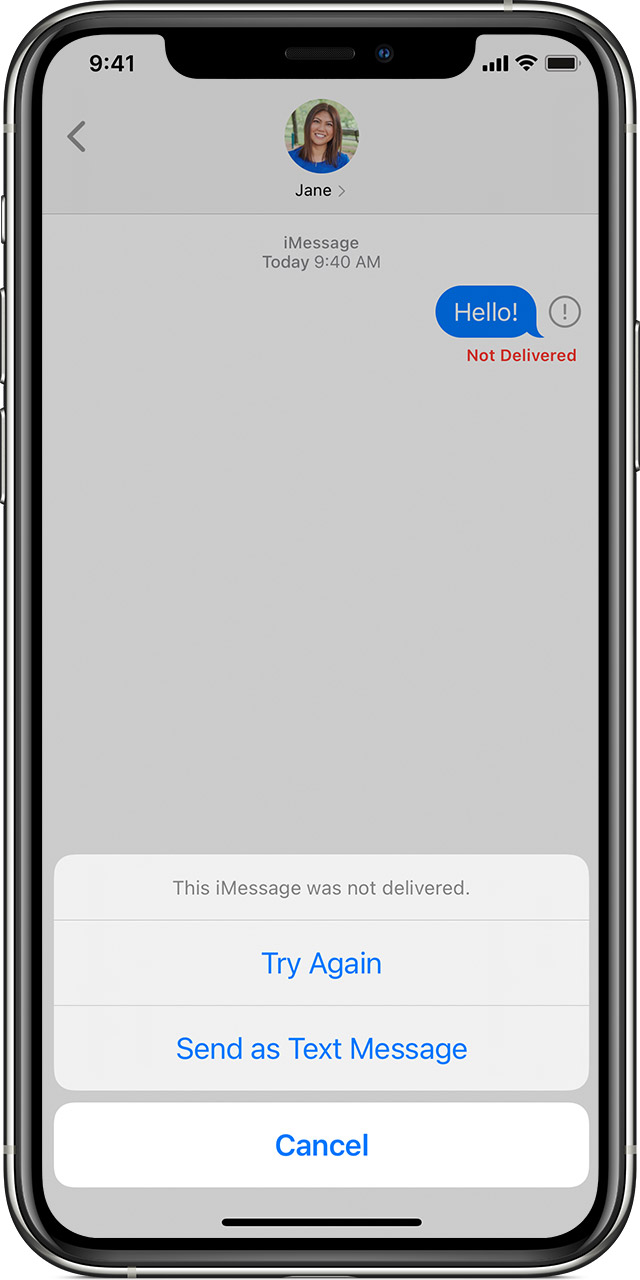 An iMessage fails to send to the recipient in this illustration.

While I could send iMessages without issue, it was as if my jailbroken handset didn’t register that I was receiving them and, consequently, didn’t notify me as a result. To make matters worse, incoming conversation bubbles didn’t even appear in the Messages app as they did on my other devices connected to iCloud.

My first instinctual troubleshooting step was to reboot my device into a jailed state to see if anything jailbreak related was causing the issue, and lo and behold, things worked as expected following the reboot. For those unaware, the jailed state is what you find yourself in after rebooting a semi-tethered or semi-untethered jailbroken device. In this state, jailbreak tweaks won’t operate and apps installed via your jailbreak will crash upon attempted launch.

My next order of troubleshooting was to boot back into a jailbroken state and attempt to discern whether jailbreak tweak was causing the issue, but after uninstalling every jailbreak tweak I had, the issue persisted. I remembered reading things online about like issues resulting from various tweak injection methods, so I tried something different: I swapped my tweak injection method.

Since Substitute receives regular updates comprised of bug fixes and improvements, that was the one I had been using for tweak injection since jailbreaking with checkra1n. I expected that it would operate more smoothly than the antiquated Cydia Substrate option, which seldom receives any updates if at all these days; but at least in my case, I was wrong to count it out.

After uninstalling Substitute and replacing it with Cydia Substrate, my jailbroken iPhone began receiving iMessages again as I would have expected from the start. I’ve been satisfied with the fix for several weeks now, and things continue to operate as expected even at the time of this writing.

Of course, Cydia Substrate only supports arm64 and older devices such as the iPhone X and older, so that would mean that arm64e devices like the iPhone XS and newer would be stuck with Substitute unless users of those devices try the Odyssey or Taurine ecosystem with libhooker for tweak injection instead.

For what it’s worth, Cydia Substrate probably won’t be updated to support arm64e devices, because according to Saurik, these devices have too many changes under the hood and he can’t commit to the work it would require to make that happen. Having said that, it’s mostly checkra1n users and only a concentrated subset of unc0ver users using arm64 handsets who can take advantage of this possible remedy to resolve iMessage issues.

Sadly, anyone using an arm64e device with this problem will need to choose between continuing to wait for a Substitute update that resolves this problem and switching to another jailbreak in the interim. Unfortunately, neither option is particularly attractive if you’re accustomed to the checkra1n or unc0ver ecosystem.

If you’re not already using Cydia Substrate, and you have a compatible device and want to try using it to fix the issue discussed in this post, then you can get it from the pre-loaded Bingner repository on your checkra1n or unc0ver jailbreak. If you don’t already have that repository for whatever reason, then you can use the URL below to add it to your package manager app:

I’d like to clarify that while this remedy worked for me in my situation, it may not work for everyone. That’s because every device setup is different, and there could be a different underlying cause in your case, such as a conflicting jailbreak tweak for instance. Still, I would recommend giving this a shot if you have a device that can run Cydia Substrate, as you just might get lucky like I did.

Have you experienced the same or similar issues with iMessage on your jailbroken iPhone or iPad? Be sure to let us know, and then describe what fixed it for you in the comments section down below.