Jailbreaking your iPhone is a fun way to extend the device’s feature set or customize the operating system’s aesthetics in complex ways that simply aren’t possible out of the box. 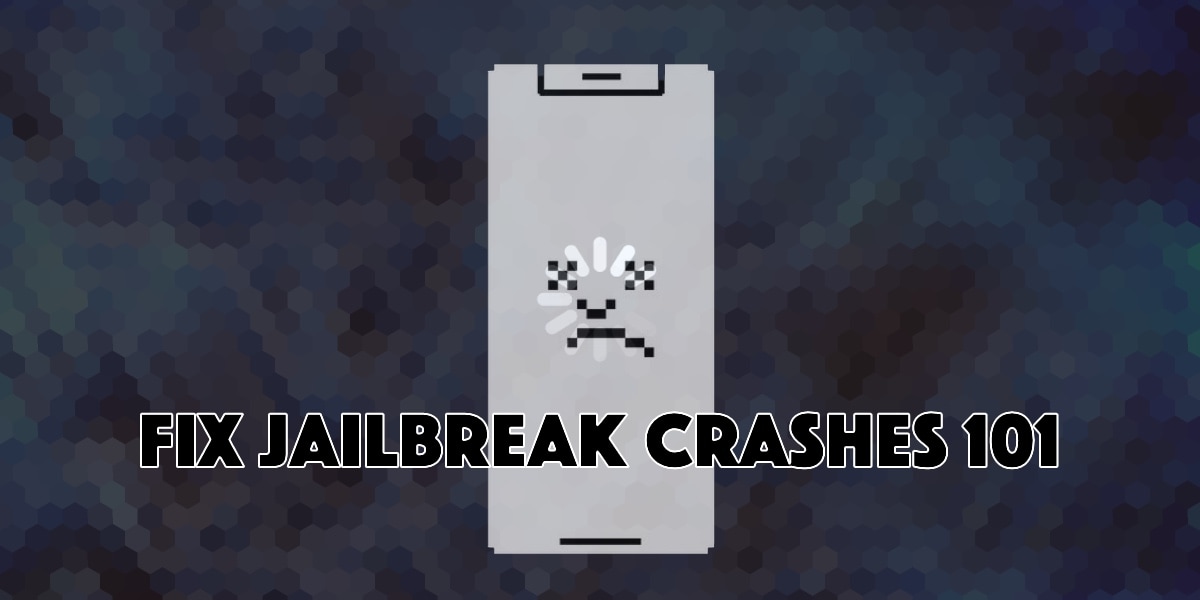 On the other hand, installing third-party jailbreak tweaks and packages that tinker with system processes and modify the intended native behavior of your device also means that you run an additional risk of destabilizing your device.

If your jailbroken handset appears to exhibit unexplained app crashes, resprings, or safe mode errors, then there are a few different troubleshooting steps you can take to try and resolve the issue. We’ll go over some of those in this post.

Identifying and fixing unexplained crashes on a jailbroken iPhone or iPad

The first step we always recommend taking before attempting any significant and time-consuming troubleshooting steps is a simple reboot.

Although many jailbreaks today are either semi-tethered or semi-untethered and a reboot would mean having to re-run the jailbreak tool to return to a jailbroken state, the fact remains that sometimes rebooting your device can fix errors.

If a simple reboot doesn’t fix the problem, then you should move on to some of the more complex troubleshooting steps below.

Perhaps one of the most common causes of app crashes and/or sudden device resprings is when the end user installs two jailbreak tweaks that conflict with one another.

Issues like these are easy to diagnose because it only takes a little bit of common sense to consider which tweaks might be conflicting with one another based on what they do.

Obviously, if you’ve installed several jailbreak tweaks that modify a specific app or a specific interface in iOS or iPadOS, and you’re experiencing instabilities, then it’s plausible that the the tweaks aren’t compatible with one another.

If you do this frequently, then try installing only one jailbreak tweak for each individual app or operating system interface unless the developer(s) of those tweak(s) expressly mention that they’re compatible with one another.

If you’ve narrowed this down as your issue, then choose which tweak you’d like to keep and which one you’d like to ditch and see if it fixes your problem. If not, you can move on to the steps below. 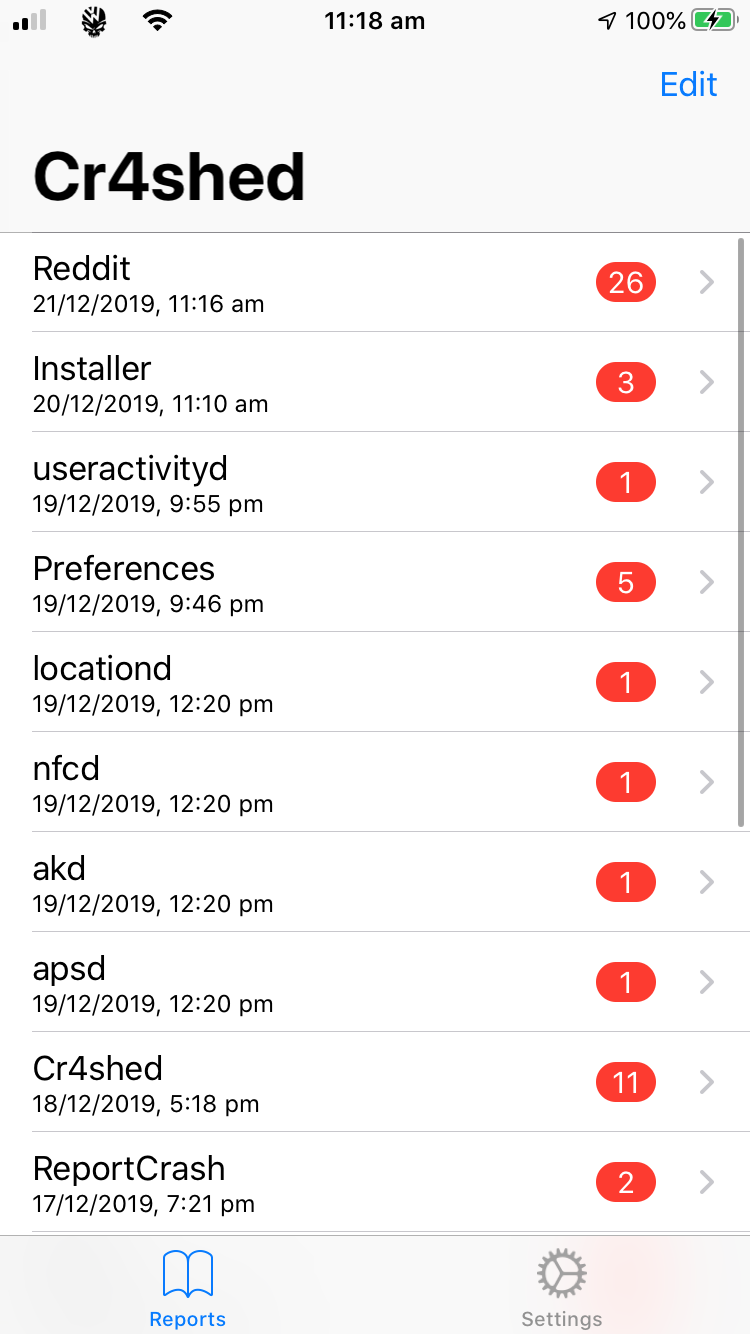 There are a number of good crash reporters out there that can help tell you exactly what’s suspected of causing your crash, especially if it’s because of a jailbreak tweak you’ve installed.

A good one that we like to use is Cr4shed. It displays the name of the suspected jailbreak tweak, app, or process so you can uninstall it to discern whether it’s the problem or not. If it is, you can then share your unique crash logs with the developer so they can hopefully remedy the issue for you and others like you.

But even crash reporting apps aren’t perfect, and it’s possible it won’t find a suspected tweak or that it might report a false positive. If that happens, then you should move on to the next step to continue troubleshooting. 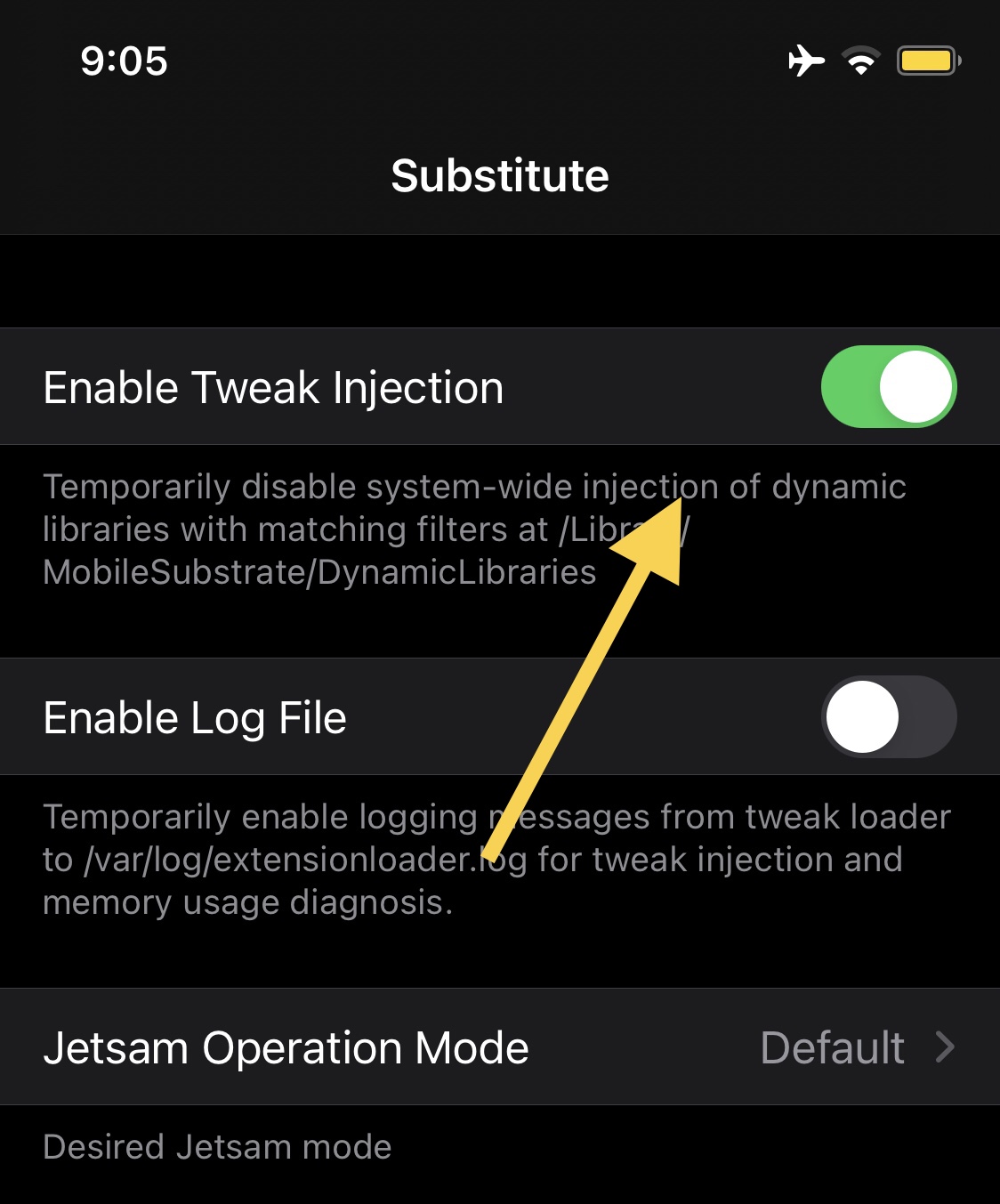 Modern tweak injection methods such as libhooker and Substitute come integrate troubleshooting features in a dedicated app, which includes the ability to toggle tweak injection on or off on demand.

If you’re using Cydia Substrate instead, then you would need to follow a slightly more complicated process to enter what’s called “No Substrate Mode” on your device.

This is often the case if a jailbreak tweak modifies a specific app’s behavior. When the developer isn’t experienced, the tweak’s code may be buggy and cause sudden crashes when trying to use the tweak’s features. The same can happen to experienced tweak developers if the app developer updates their app and breaks the tweak in any way.

Alternatively, tweaks that affect SpringBoard may exhibit similar circumstances, although instead of app crashes, the user may experience a sudden respring or a boot into Safe Mode since a specific app isn’t involved — rather the user interface of the operating system itself.

Narrow down the offending tweak

If you’ve determined that the problem is related to a jailbreak tweak, but you haven’t determined which one it is from the steps above, then the only logical next step is narrowing down the tweak wreaking havoc by process of elimination.

You can do this by uninstalling individual tweaks on your device, one-by-one, until the sudden crashes and/or resprings stop. When they do, you can narrow your search down to the tweaks you uninstalled by re-installing them in a different order than how you uninstalled them until the problems kick back up again.

Once you’ve determined which jailbreak tweak is causing all of your drama, either by using a crash reporting app or by using the process of elimination method discussed above, you can uninstall it from your device for temporary refuge and then reach out of the developer for advice.

Most developers are prompt to answer support emails, despite the small percentage that never seem to monitor their inboxes. With a little luck, perhaps you can produce crash logs and perhaps the developer can even issue a fix for you. If this happens, then you can get right back to using your tweak. 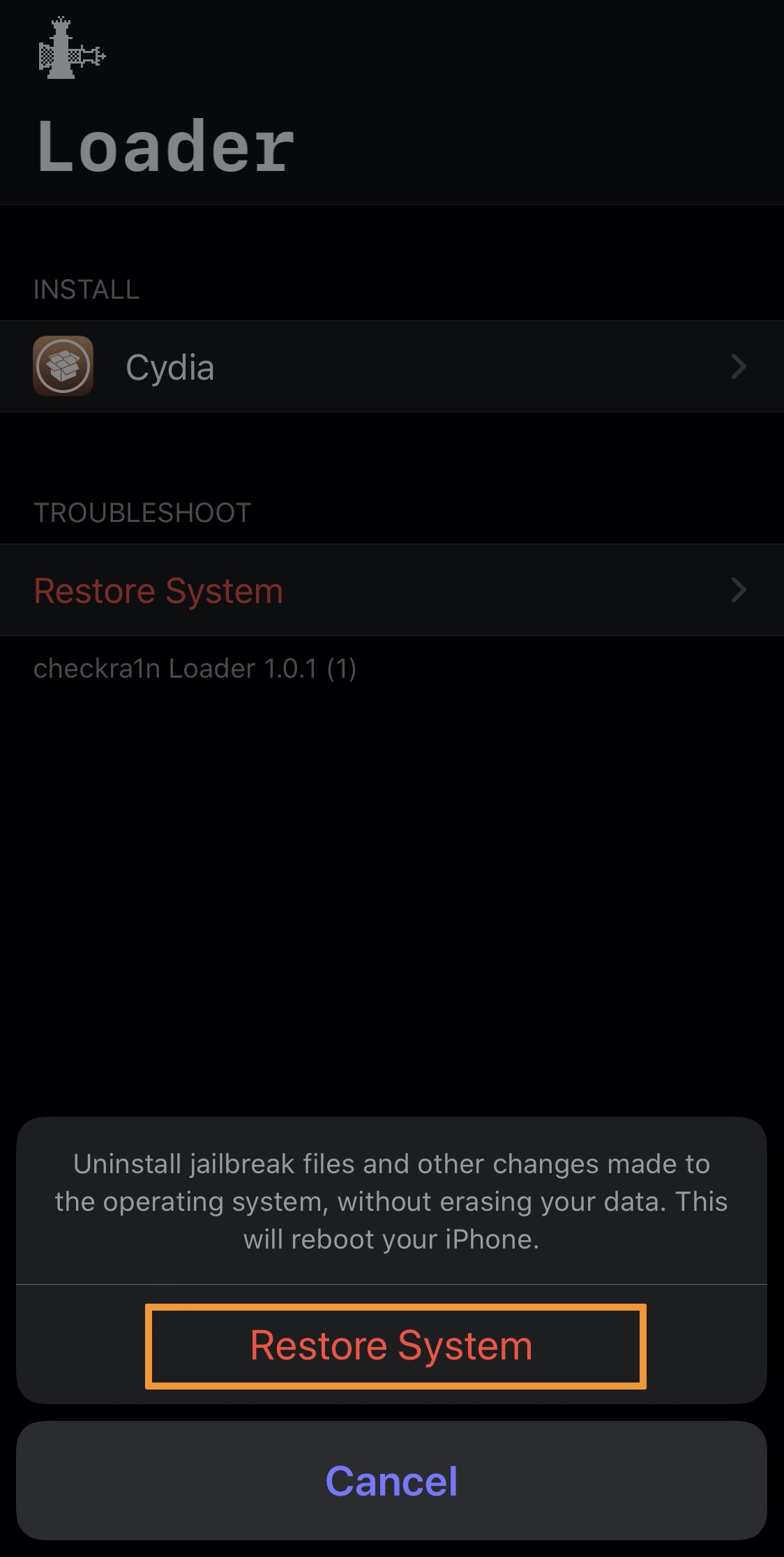 If you continue experiencing unexplained system instability even after uninstalling all jailbreak tweaks, then it could be an underlying problem with your jailbreak itself or a remnant corrupted file causing the issues. These problems are difficult to diagnose, and sometimes it’s just better to start over from scratch.

In the worst case scenario, you can use your jailbreak’s rootFS restore feature. This process reverts the root filesystem to how it was pre-jailbreak, and once completed, you can re-jailbreak and start from scratch with no corruptions.

We have individual tutorials for using the rootFS restore feature on various popular jailbreaks below:

It’s never fun when your jailbroken iPhone or iPad crashes for unexplained reasons, but the good news is that most jailbreak-related issues can be reversed with common sense troubleshooting steps and a little patience.

If you were experiencing unexplained app crashes, device resprings, or boot loops, what did you do to fix the issue? We’d be excited to read about your process in the comments section down below, as it may help other jailbreakers in the same boat.