Picking a cellular provider for your phone can be a daunting choice. Although coverage from one carrier might be great for you in one location, that won’t necessarily be the same for someone in a different location. 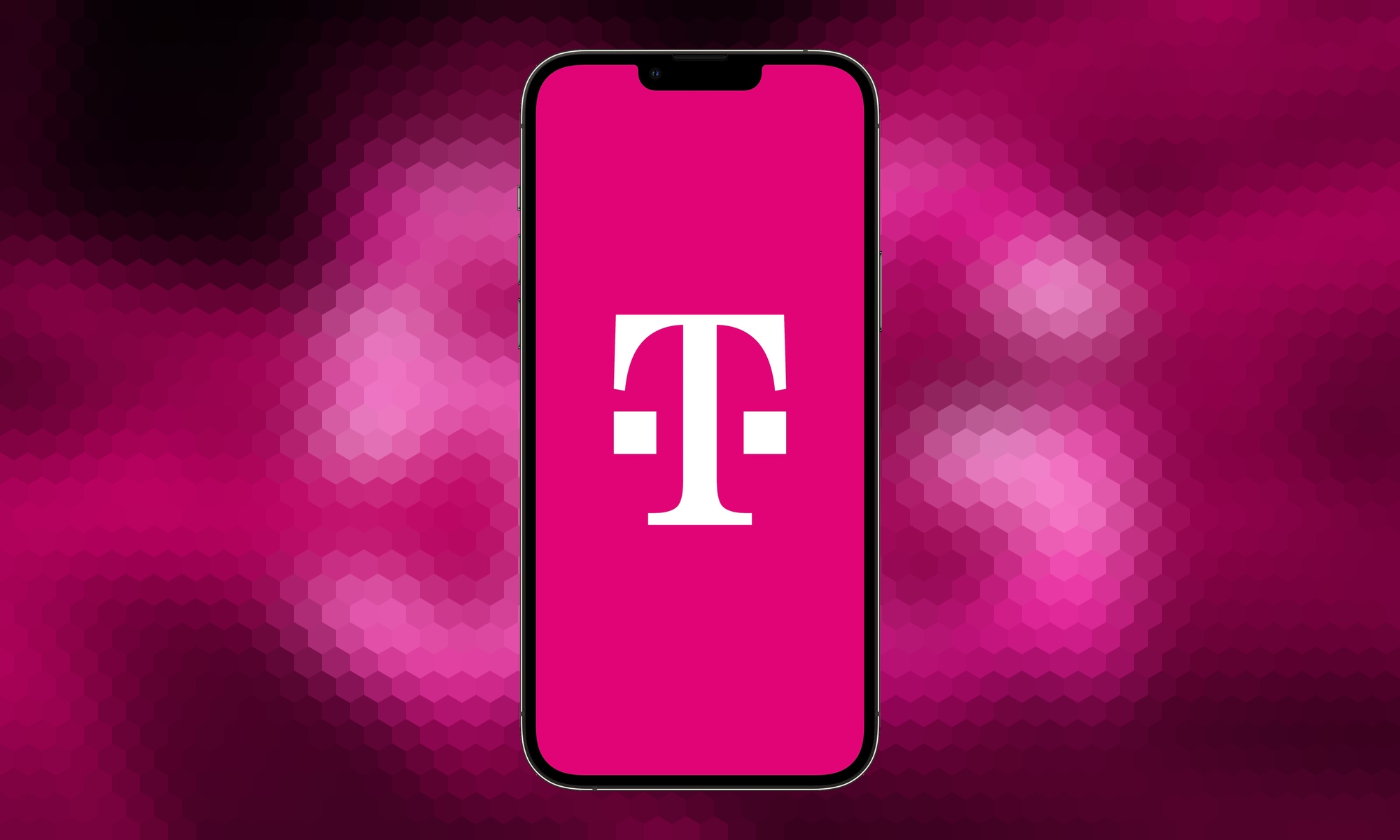 Those who know me best understand why I love tinkering with my iPhone’s dual-SIM capabilities. It enables me to effortlessly jump from one carrier to another to learn about the pros and cons of each, and thanks to that, one thing has become very clear to me (at least in my area), and that would be that T-Mobile is absolutely dominating things right now.

The things T-Mobile got right

While AT&T and Verizon Wireless have enjoyed being the top carriers in the United States for what seemed like the longest time, that appears to be changing. T-Mobile recently absorbed Sprint to build a more powerful network, and in doing so, the company acquired a valuable asset: the mid-band 5G spectrum that the un-carrier enjoys referring to as 5GUC, or 5G Ultra Capacity.

T-Mobile still deploys ultra-fast 5G like its competitors do, albeit mostly in high-density areas such as airports and certain metros, but most users can access 5G and 5GUC from just about anywhere. It’s worth noting that AT&T and Verizon Wireless don’t exactly have the same bragging rights, and their recently acquired C-band frequencies are on hold right now as the FAA investigates potential aircraft equipment interference impacts.

I’ve tried all the major carriers, and the one thing that pushed me to officially switch to T-Mobile several months ago was when they introduced the Magenta MAX plan earlier this year. Magenta MAX is a no-compromise plan that offers truly unlimited data without data caps; not even the soft ones that typically result in data de-prioritization for the rest of your billing cycle after you use a ridiculous amount of data. 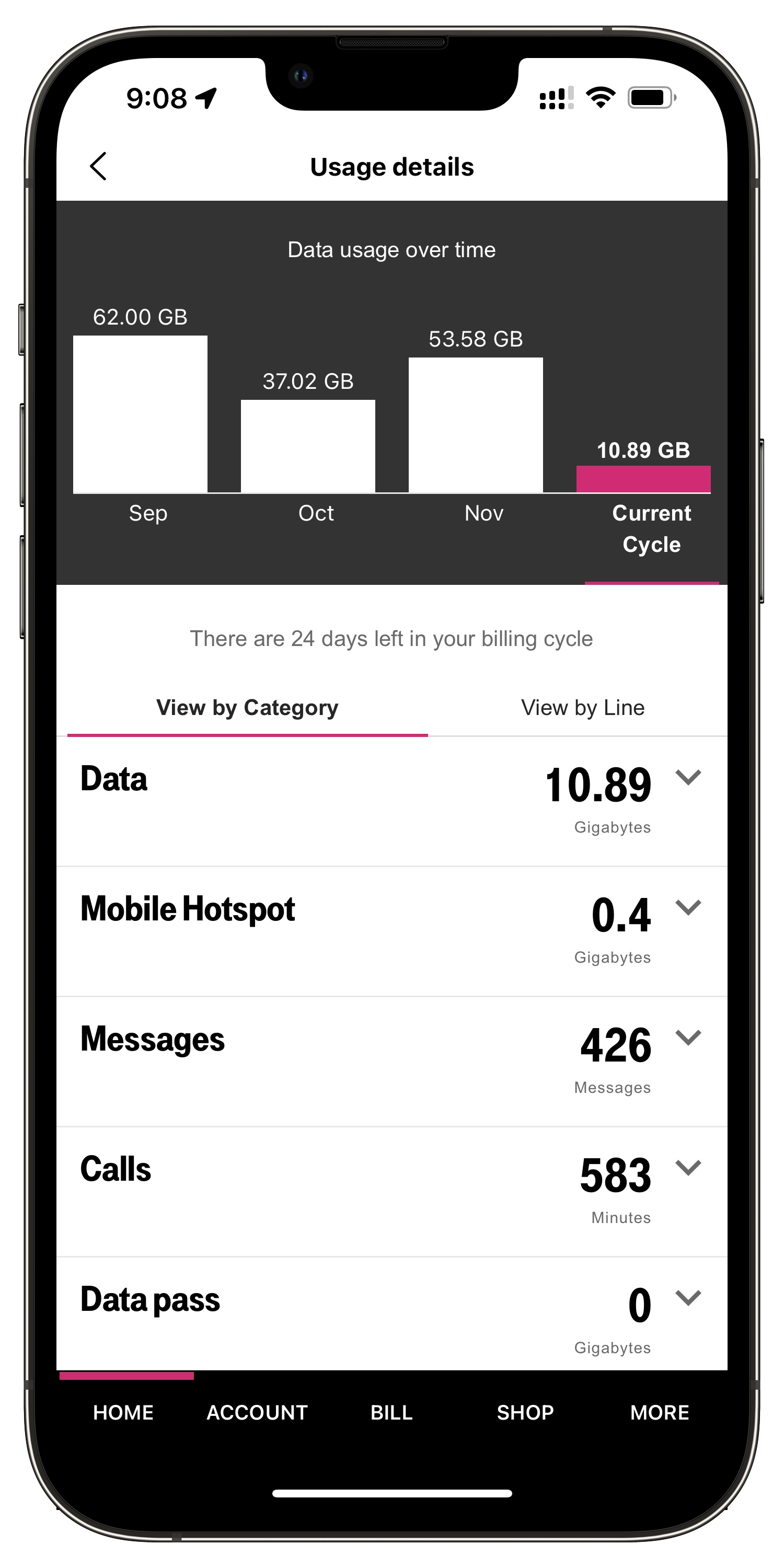 In addition to its no-nonsense unlimited data plan T-Mobile is repeatedly enshrined by independent studies as the leader of 5G in the United States. Their 5G coverage simply blankets more people, offers faster everyday speeds, and maintains more reliable data connections than the competing networks are currently capable of.

Comparing T-Mobile to the other networks

When I had AT&T or Verizon Wireless has my primary carrier, I often struggled to find 5G coverage anywhere. When I did get lucky enough to find a 5G connection, I would only get to enjoy it for a few seconds before dropping down to LTE when driving around. This never happens to me with T-Mobile regardless of where I go. Even when I drive through extremely rural areas, I always see a consistent 5G indicator in my Status Bar. 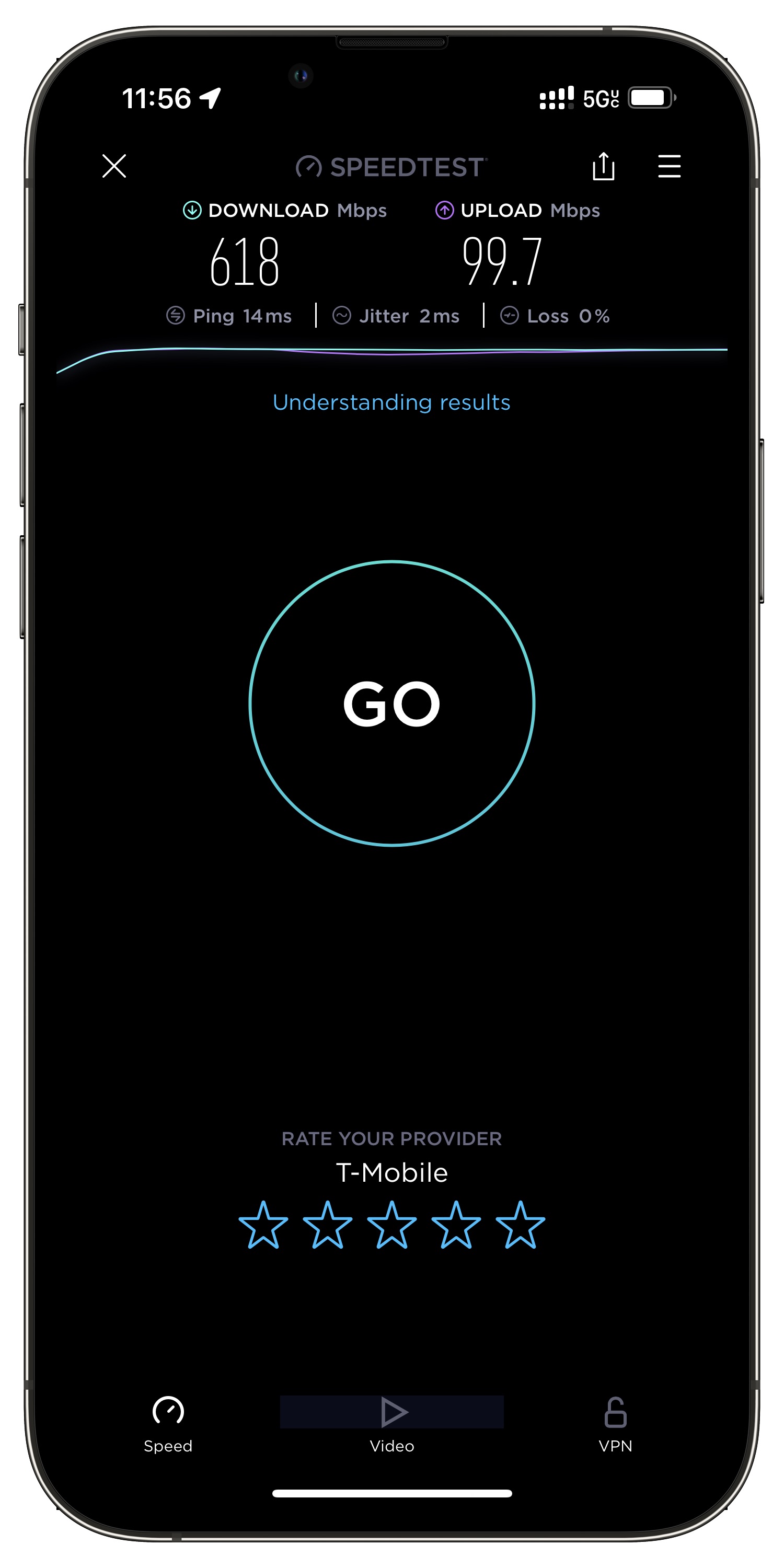 I first experimented with T-Mobile’s coverage when I subscribed to Google Fi as my secondary carrier earlier in the year, and while I didn’t have access to 5G on that plan, the LTE coverage was nothing to scoff at. At the time, AT&T was my primary carrier, and I often found a much stronger signal with T-Mobile through Google Fi than I did with AT&T.

Sometime after that, I switched to Verizon Wireless postpaid. Today, I use T-Mobile as my primary carrier and I also access Verizon Wireless’ network via Visible as my secondary carrier, and the results are hardly any different from when I compared AT&T to T-Mobile. While I pick up between 1 and 3 bars from the Verizon Wireless network anywhere I go, I’m almost always picking up either 3 or 4 bars with T-Mobile. Incredibly, that’s usually always 5G.

It’s easy for me to say I have no regrets with the coverage where I live, but of course carrier coverage varies from city to city, so your results may vary…

Other perks that come with T-Mobile

So yeah, I’ve told you that T-Mobile offers a good plan, great coverage, and awesome around-town speeds that make even my home Wi-Fi look slow, but being a T-Mobile customer means that you get a lot of other perks too… 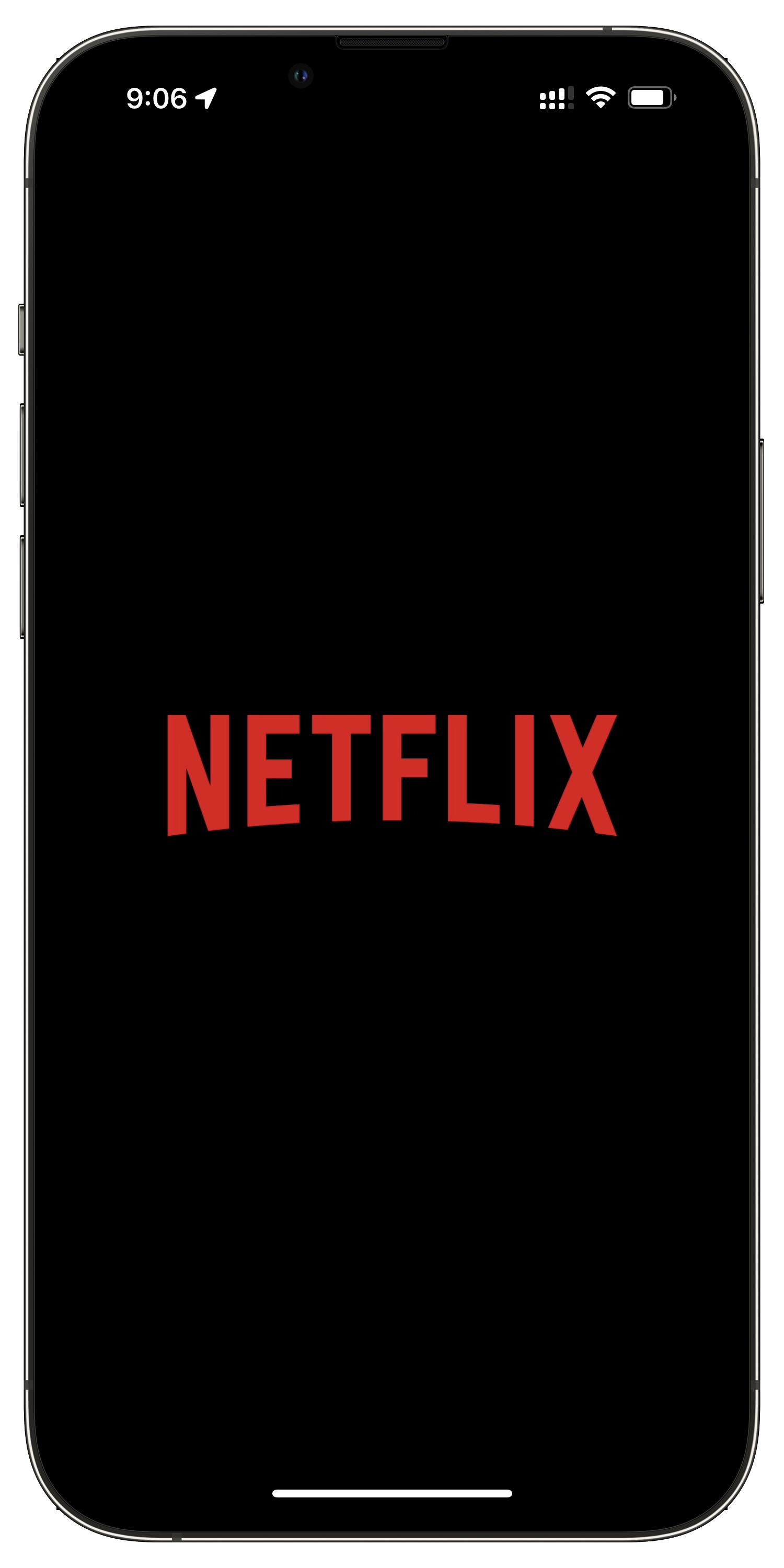 T-Mobile is perhaps one of the most generous carriers that I’ve ever had the pleasure of using. They automatically include a free Netflix subscription with my plan that pairs beautifully with my unlimited data plan and 4K UHD cellular streaming quality to provide an incredible picture on the go. Even users of the lower-tier Magenta plan can enjoy Netflix for free. 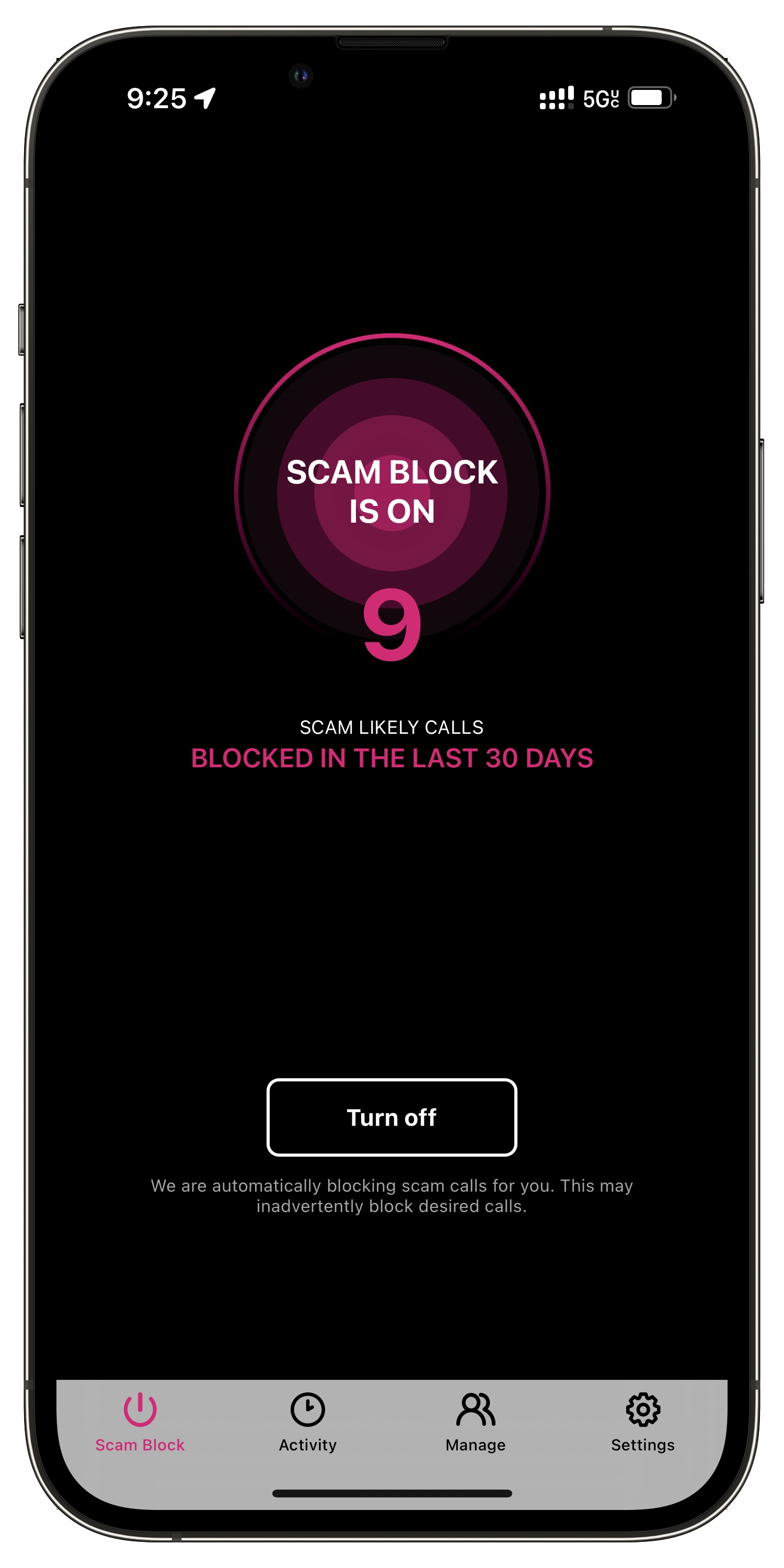 Access to the complementary T-Mobile Tuesdays app is standard for all T-Mobile and Metro by T-Mobile customers, and allows users to save rewards that refresh on a weekly basis – every Tuesday to be exact: 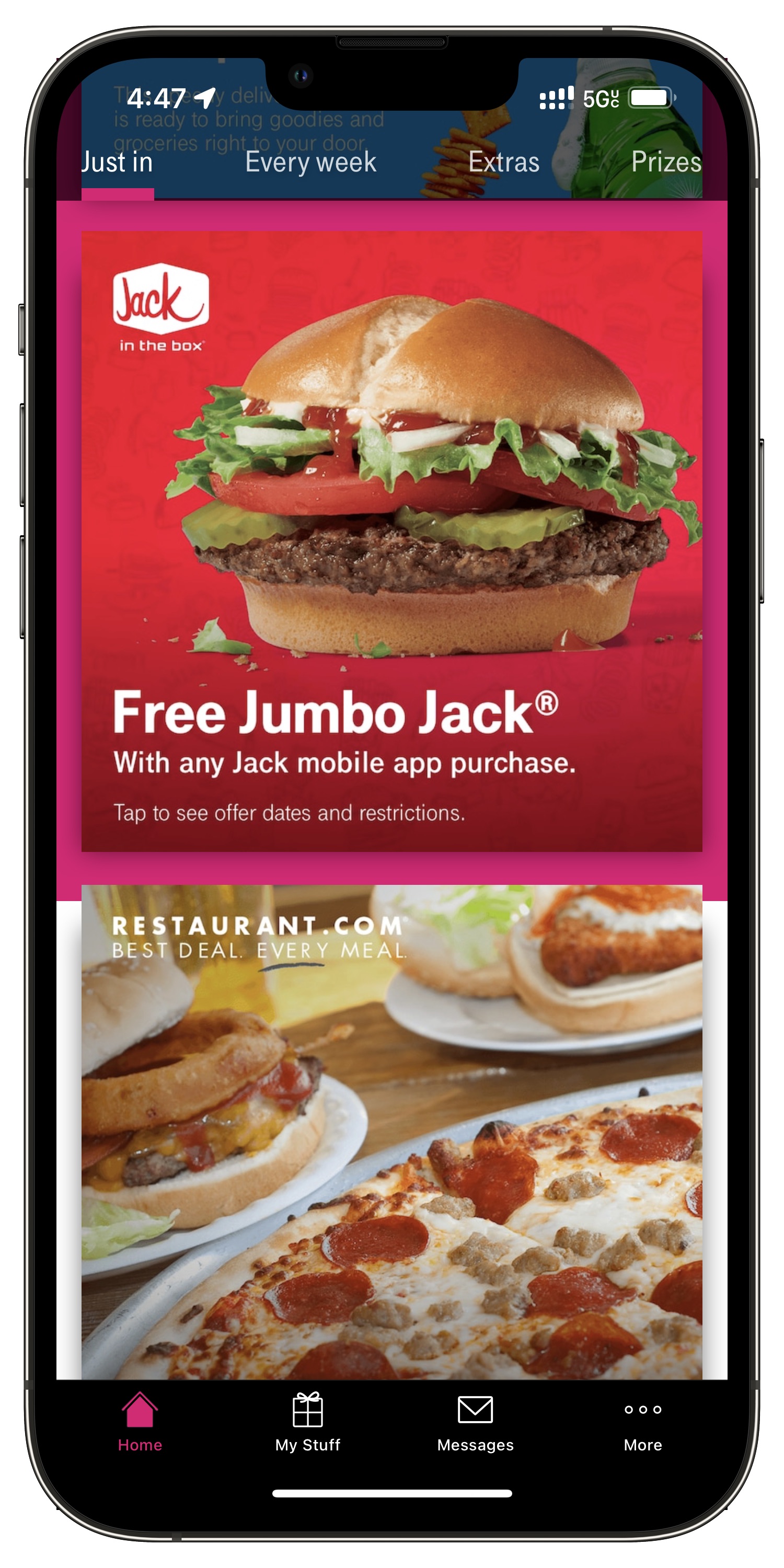 One week, T-Mobile Tuesdays may offer a free hamburger at your favorite fast food joint, and the next, you might be allowed to visit a T-Mobile retail store to receive a free beach towel, blanket, tumbler, or hat. T-Mobile Tuesdays even lets users enter weekly giveaway drawings, which have prizes ranging from vacation trips to free devices and gear.

On other rare occasions, T-Mobile offers coupons for useful services, such as a free year of ad-free weekend listening in the Pandora app, a free year of Apple TV+, and a free year subscription to Paramount+. Luckily for me, I’ve claimed them all.

So yes, I have nothing but good things to say about T-Mobile, but not because they bribed me to say those things. It was merely reflective of my experience with their service, data speeds, plan offerings, and perks that you simply won’t find when you sign up with the other carriers. Take it from someone who has actually tried them all…

Why haven’t I looked back since switching? It’s simple: more bang for my buck.

Like any postpaid carrier, T-Mobile’s postpaid plans are the most affordable when you have several lines on your plan. This makes T-Mobile a good choice for families, as you can currently get your third line for free regardless of which T-Mobile plan you go with: Essentials, for the basics, Magenta, for moderate data users, or Magenta MAX, for those who demand nothing less than the best performance at all times.

The plans are competitively priced when compared to similar offers from AT&T and Verizon Wireless, however one thing that I respect about T-Mobile’s pricing table is that all taxes and fees are included in the advertised price. Discounts are also available for those who are 55 or older, who are a first responder, or who served in the U.S. military, among other things.

Even if T-Mobile hasn’t been or isn’t currently the dominant carrier in your location, they could be worth keeping an eye on. T-Mobile is rapidly expanding 5G coverage and updating cellular towers with the fastest radios around, so even if T-Mobile wasn’t the best in your area before, it might only be a matter of time before it is, especially as competing carriers deal with a rapidly changing market and cope with their unfortunate C-band deployment delays.

If you’re interested in trying a seriously incredible cellular experience with what can only be described as today’s best 5G network, then I highly recommend giving T-Mobile a try. Their network works fabulously with Apple’s 5G-capable iPhone 12 & 13 lineups, and if you asked me, I wouldn’t currently recommend any other network in this day and age.

Do you have any experiences of your own with T-Mobile or other carriers that you’d like to share? Be sure to let us know in the comments section down below.