Anyone that does even the smallest amount of multitasking on their iPhone should be avidly familiar with the App Switcher. That’s because it’s the primary way to move from one app to another without visiting the Home Screen. 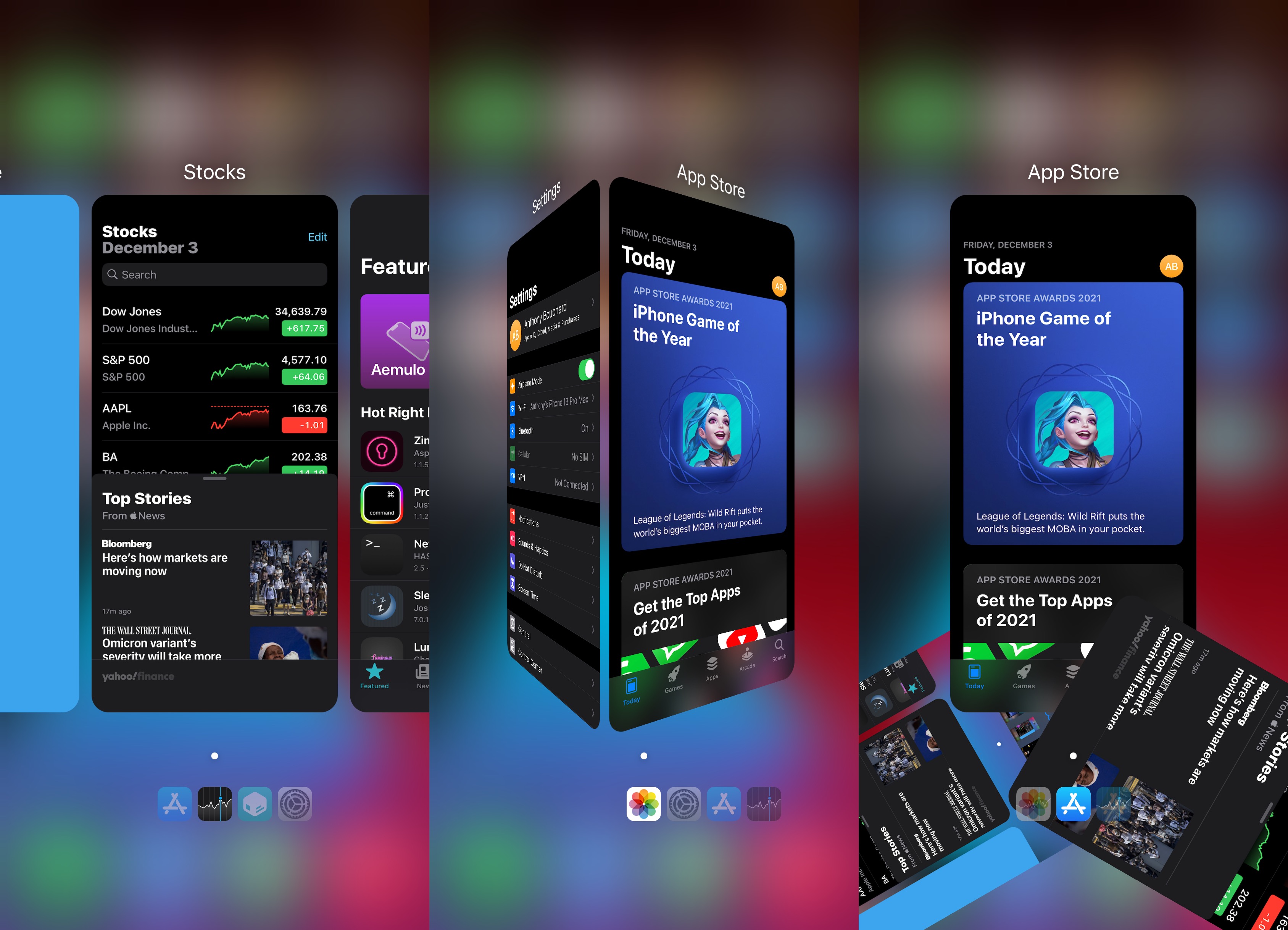 But even if you appreciate the convenience that the App Switcher lends in multitasking-centric workflows, there’s no disputing the idea that the interface feels somewhat ancient.

Jailbreakers who are interested in a new and more exciting App Switcher interface should try a free jailbreak tweak called Icarus by iOS developer MTAC, as it offers several different App Switcher aesthetics, animations, and options that you won’t find anywhere else.

As you probably noticed in the screenshot examples above, one of the primary benefits to Icarus is that it can be used to arrange the App Switcher cards in different ways. The examples show off side-by-side cards, a card cylinder, and even a card wheel. As you might come to expect, these animate accordingly, which we show you in the animated GIFs below:

If those looked intriguing to you, the rest assured that Icarus includes those and nearly a dozen additional animations to tickle your fancy.

But it’s not just the animations that make Icarus stand out from an ordinary App Switcher. Users can also enjoy App Switcher power features such as closing apps more efficiently, confirmation pop-ups before closing all apps, and a new Home Screen widget:

Everything you need for customizing Icarus can be found in the dedicated preference pane added to the Settings app post-installation: 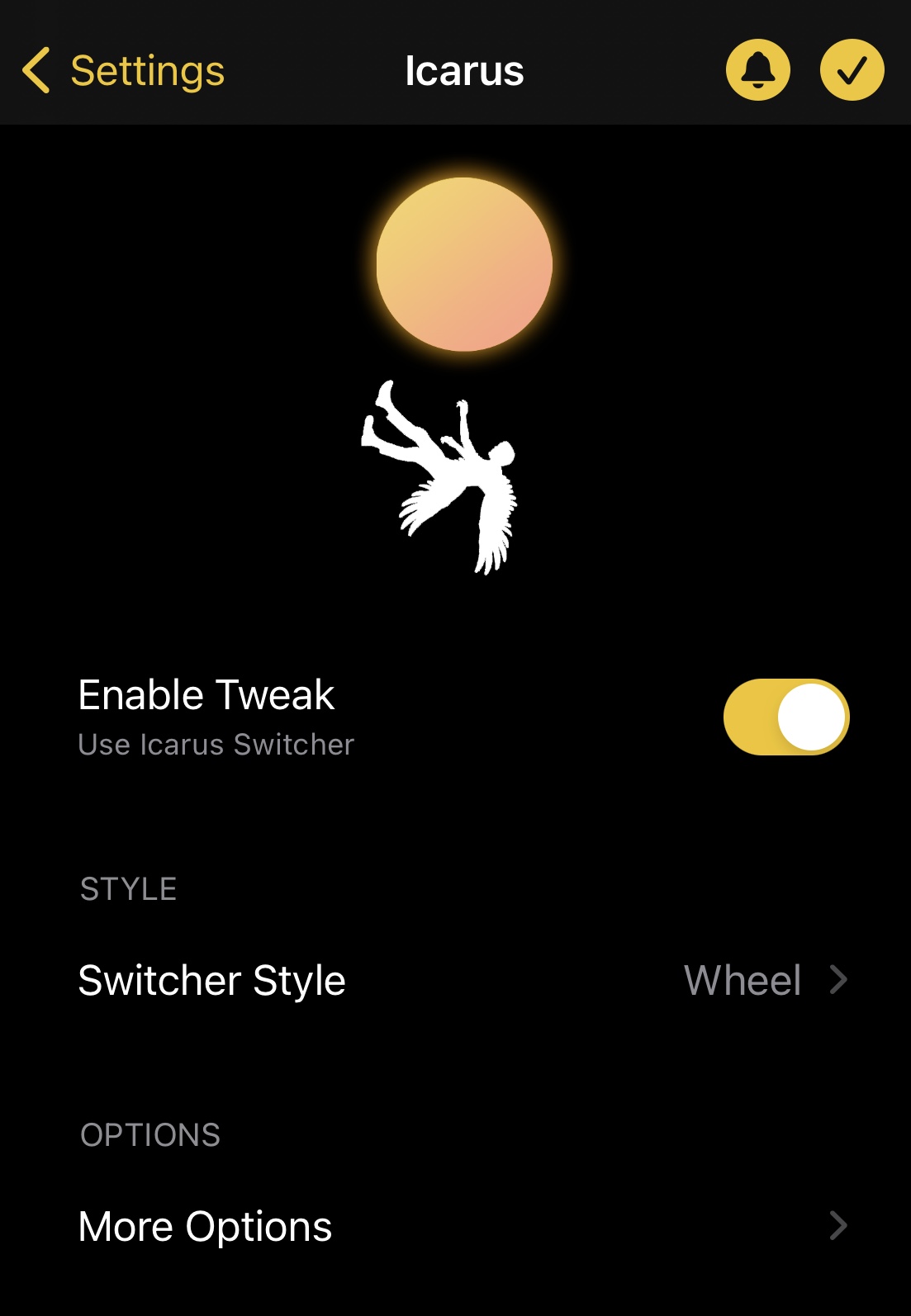 We’ll dig deeper into each preference pane below so that you can see what each section brings to the table: 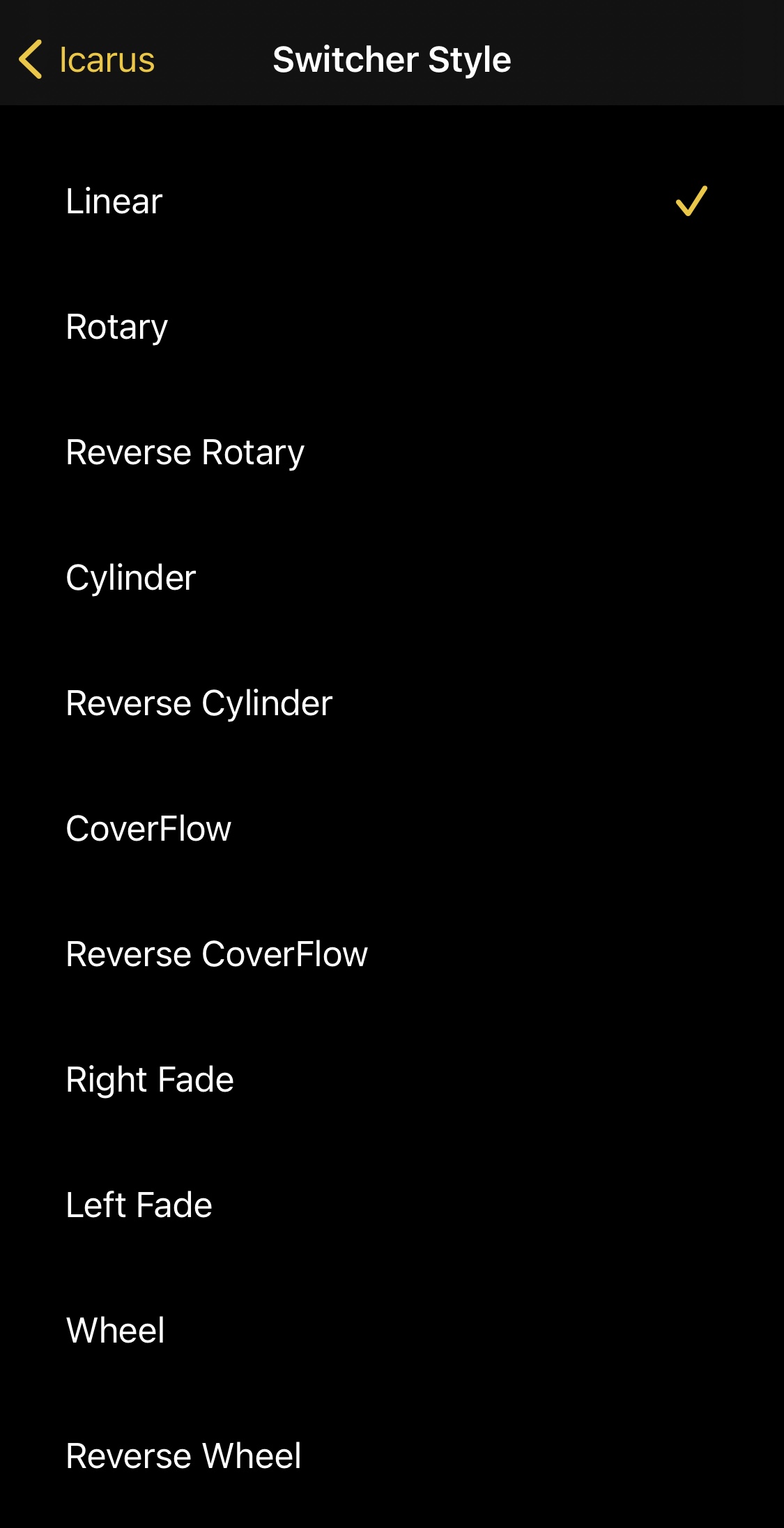 Here, you can change the App Switcher style to whatever you like. Style options here include:

Under the More Options preference pane, users can further customize how the App Switcher behaves and looks. Options here include:

As you can see, Icarus is far more than just a tweak for making the App Switcher look cooler, but it also adds functions such as protections against accidentally closing all apps, music controls, and a dedicated Home Screen widget.

Those interested in giving Icarus a try can download it for free from MTAC’s personal repository via their favorite package manager app. The tweak supports jailbroken iOS 13 and 14 devices.

Anyone who isn’t already taking full advantage of MTAC’s repository can do so by adding the following URL to their package manager app:

Do you plan to try out the Icarus tweak for your App Switcher improvement needs? Be sure to let us know why or why not in the comments section down below.