I can still remember a few things about owning the original iPad. It was definitely a spur-of-the-moment purchase at the time, a piece of technology that had absolutely no place in my daily routine at the time. But I sure did love that ling. It was big and kinda bulky, and yet still portable. It was mainly a great way to play some mobile games and watch stuff. 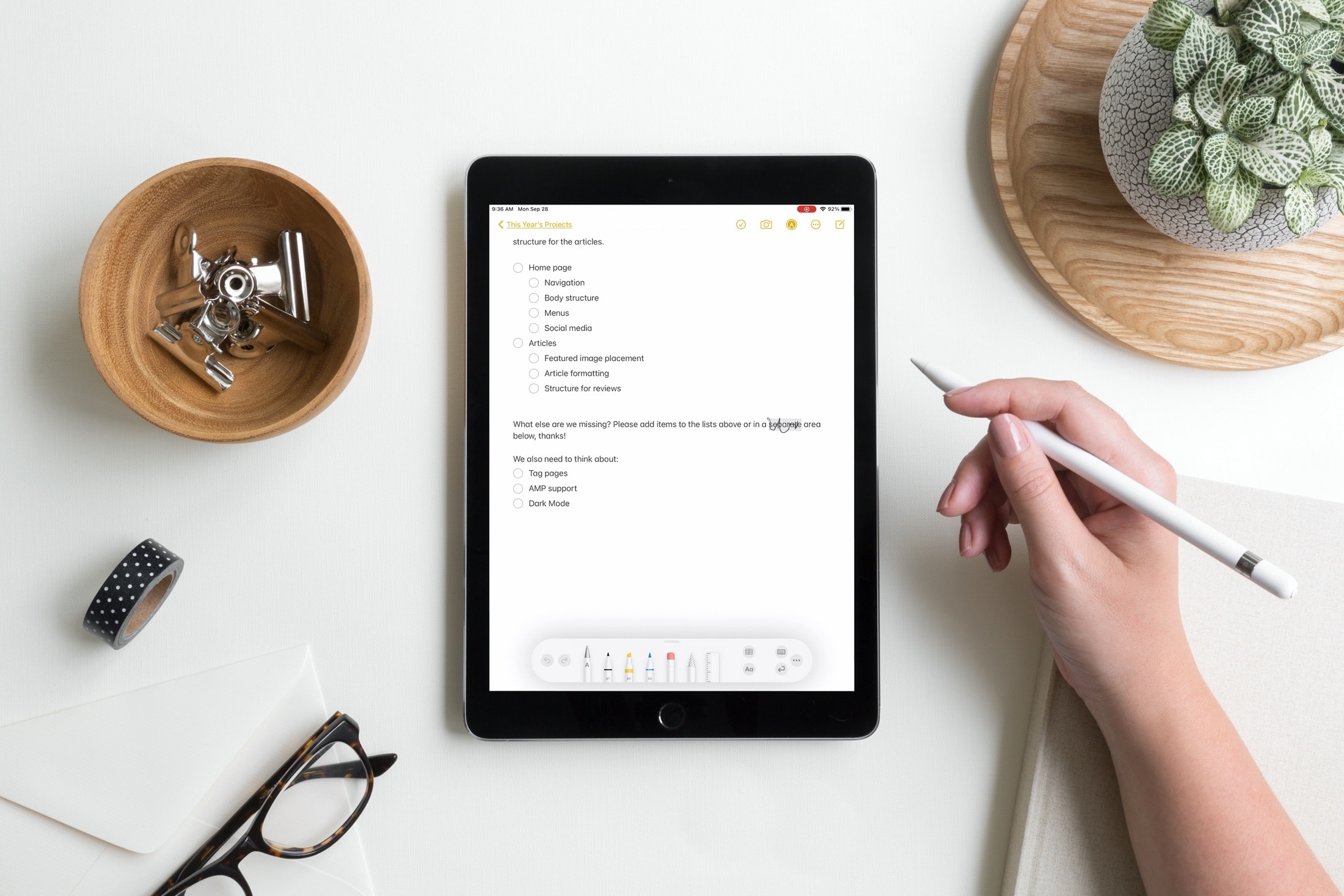 Here we are all these years later, so many different versions of the iPad later, and not much has changed in that department. Except basically everything. Sure, there are still some folks out there who believe the iPad –no matter the variant– is still nothing more than a glorified iPhone with a bigger screen, so therefore it’s nothing more than a tool to play some games and watch some stuff. And, honestly, that’s probably true for a lot of iPad owners — and there’s nothing wrong with that!

The iPad mini, both in its previous design and its current “all-screen” option, is a great way to just sit somewhere and peruse the internet. It’s an especially great way to play a lot of different iOS/iPadOS games. And, yeah, if you’re wanting to watch something it can help with that, too. But the iPad mini, especially now, is also a great way to take notes and read books. (Still probably not a direct replacement for an eReader, for fans of eReaders, though.)

I don’t necessarily think we, or Apple, need to have so many different iPad variations. But I can’t argue with the fact that they definitely fill certain use cases better than others. If anything, I think maybe Apple could live with dropping the price of the iPad Air and replacing the standard iPad altogether.

I do want to hear what your favorite iPad model is, but, mostly, I want to know about features. I want to hear from you about the feature, or features, that won you over in the first place. What about the iPad that you currently own, and use on a regular basis, won you over in the first place? And, what keeps you coming back? Is it those initial points of interest, or did something else about the iPad surprise you at some point later, after using it for some time?

I’m one of those crazy people that think an iPad is an incredibly powerful tool. I think it’s a great second screen for getting stuff done — even before there were apps to help with that, and even before Apple built the feature into the software. I think an iPad can be a remarkably useful product, for a range of needs, and it can also be something that just lets me play games and watch movies, too.

The new iPad mini is probably my favorite iPad right now. I love the portability (which is definitely a feature), even if after using a 12.9-inch iPad Pro I miss that thing’s screen and display quality. But I love how handy the iPad mini is for taking notes on the fly, and working as my eReader so I don’t have to constantly use my phone. I wish Apple would engineer a keyboard case for the thing, though. That sounds crazy, I know, but I’d at least give it a shot.

I think my favorite feature is Scribble, though. I love being able to just write in an open text area and watch as the iPad automatically translates the written content to typed words. It’s really handy, especially with the new Quick Note feature, to just get something written down and have it saved automatically. It’s a feature I find myself using almost every single day.

But, what about you? What are your favorite iPad features?