Apple changed the game again with its M-series processor. It set a new benchmark for computer chips, and things are only looking brighter as we move forward. Apple just announced the M1 Pro and M1 Max, for instance, and they set even higher performance and benchmark scores than the standard M1. So, how’s the competition going to respond? 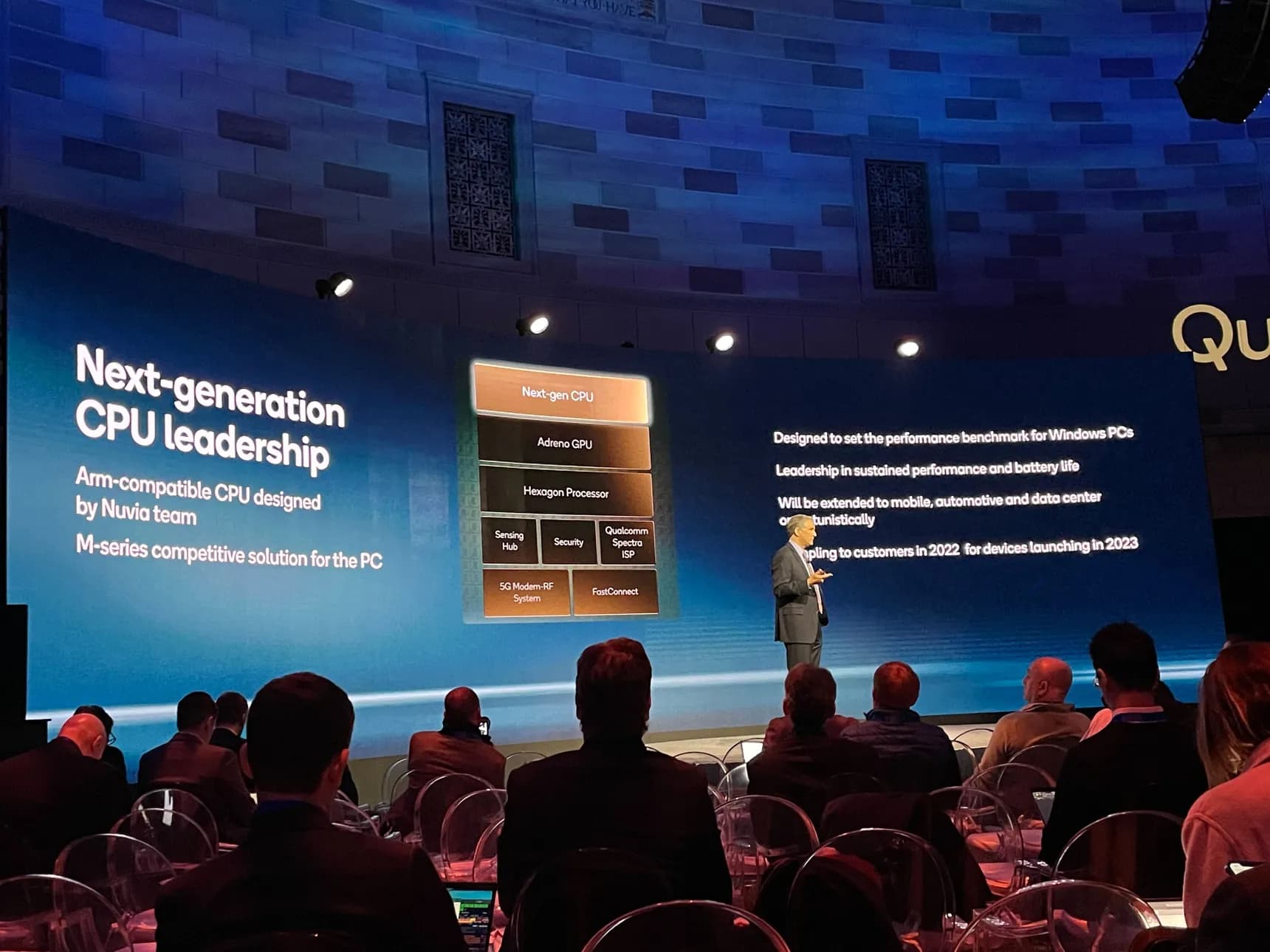 Well, Qualcomm is certainly settings its sights high. The company wants to make processors that are “designed to set the performance benchmark for Windows PCs.” Which is a lofty goal all on its own. However, according to The Verge, Qualcomm wants these new processors to go head-to-head with Apple’s M-series processors.

Qualcomm’s Chief Technology Officer, Dr. James Thompson, made the announcement regarding the plans during the company’s recent investor day. The company’s plan is to launch hardware samples for customers (meaning major businesses) in about nine months or so.

The full product launch is expected to happen sometime in 2023.

Now, this is ultimately Qualcomm’s effort to lay it all out. The company has already said that it plans on battling Apple silicon earlier this year. How, you might ask? Well, that will come thanks to the hard work of the team at Nuvia. If you’ll recall, Nuvia is a company that came to fruition in the late stages of 2019. It was created by former chip executive from Apple. Their goal at the time was to take on AMD and Intel.

Things change, though. Qualcomm acquired Nuvia in January of this year. And in July the company’s CEO came out saying that, thanks to the acquisition and the talent Qualcomm had onboarded, they would be able to take on Apple’s M-series processors. The new chip will be an ARM-based creation, just like Apple’s own effort.

So Qualcomm is just making it officially official now, so to speak. Which means things might actually get pretty interesting again when it comes to CPUs.

Of course, one has to wonder how well this will pan out. We could be on the M3 or whatever Apple decides to call it by the time Qualcomm gets around to launching its first swing at Apple’s M-series. One can hope that Qualcomm really can make a go for it.