Jailbreakers of the modern day should be vividly familiar with AltDaemon, the useful utility for jailbroken iPhones and iPads that works in unison with AltStore to install, refresh, and update sideloaded apps without a computer. 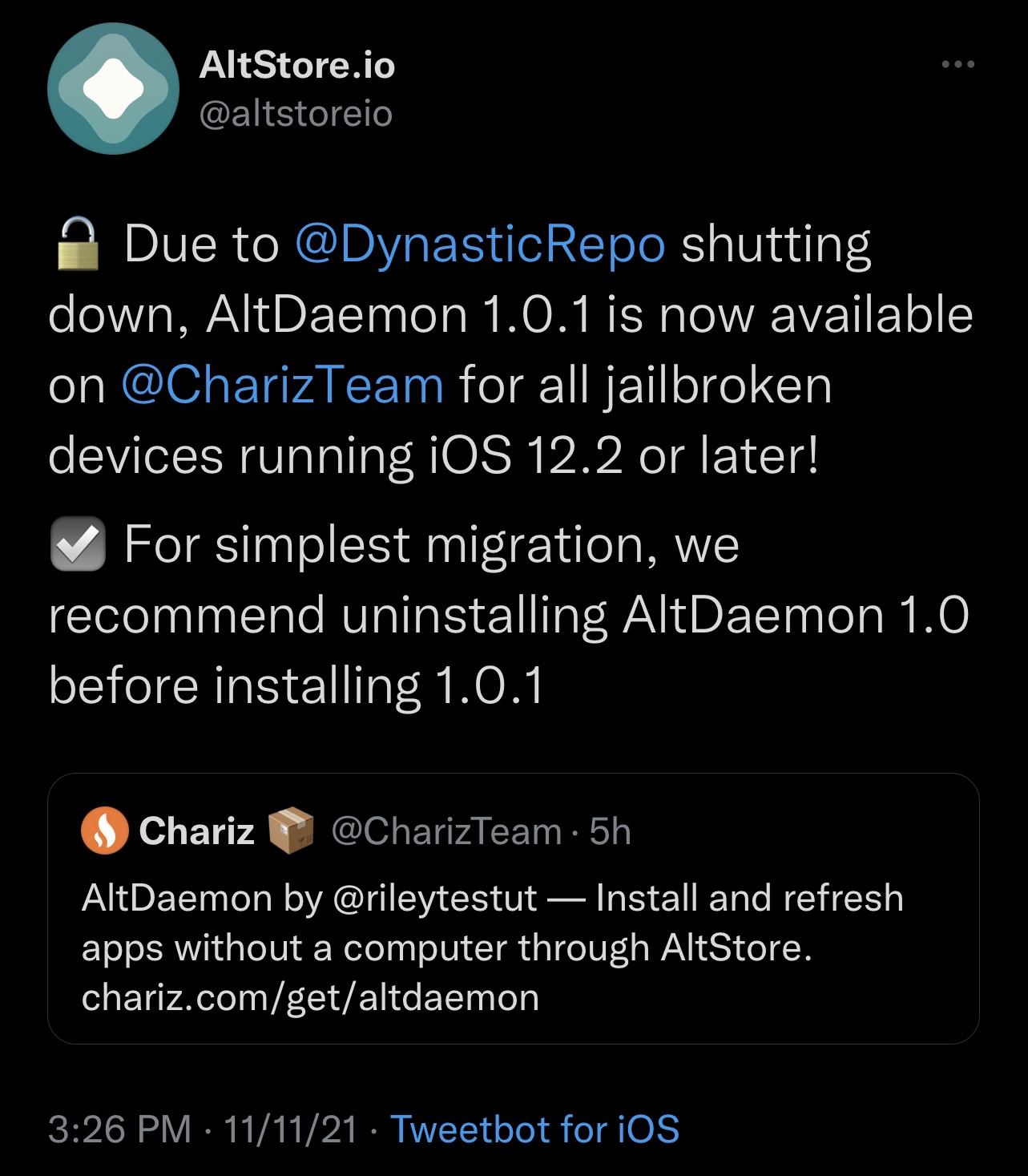 The latest changes were announced Thursday afternoon via the official AltStore Twitter account, however the change log for AltDaemon v1.0.1 doesn’t cite anything new besides the initial release on the Chariz repository.

Having said that, we don’t expect any major changes to AltDaemon in this release.

Just as before today’s update, AltDaemon is only intended for jailbroken devices running iOS 12.2 or later. We don’t expect this to change anytime soon.

With the Dynastic Repo repository closing its doors, AltDaemon isn’t the first package to migrate to another repository, and we don’t expect that it will be the last. However, given the package’s importance to jailbreaking, it was worth mentioning.

Have you updated to the latest version of AltDaemon yet? Let us know in the comments section down below.