Yesterday was the big launch day for Apple’s brand new 14- and 16-inch MacBook Pro models. So, of course, it wasn’t going to take the fine folks over at iFixit long before they started taking the new hardware apart. Apple made some changes, both on the outside and inside, and today’s teaser of the teardown reveals only a hint at what’s to come from the big reveal. 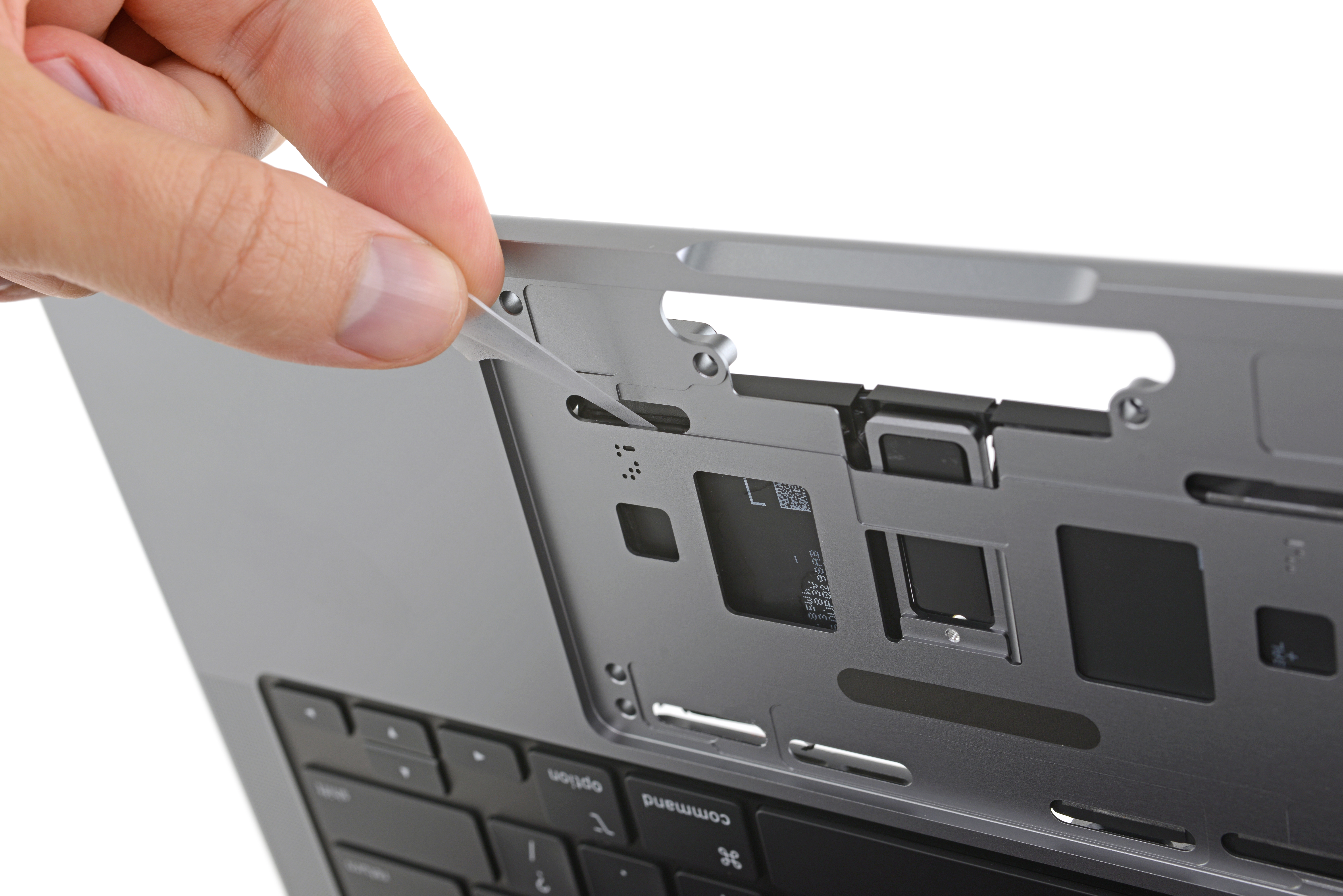 iFixit published the teaser for the 14-inch MacBook Pro teardown today. It’s not the full teardown by any means, and it’s not meant to give us a clear look at all the bits and pieces inside the new, thicker case. iFixit is simply pointing out some of the more interesting things they’ve discovered so far, all while working towards the full teardown which they will share soon enough.

First up, it’s the battery situation in the 14-inch MacBook Pro. iFixit notes at the start that they usually save the battery setup for last, and that’s typically because it’s one of the worst parts of the process. This time around, though, they catch something that hasn’t been included in a MacBook Pro in quite some time: battery pull tabs.

The teardown preview reveals that Apple decided not to hide the battery under the logic board this time, too. The crew says that it’s possible this change means that a battery swap won’t also require a full removal of the “brains” of the MacBook Pro, either.

Apple includes battery pull tabs in newer-generation iPhones and the MacBook Air. In this case, Apple retains the simple design, four white strips. The teardown teaser shows us that the full tabs are present for the four outer battery cells, and while they aren’t immediately identifiable for the four middle cells, there are battery pulls tabs in that part of the 14-inch MacBook Pro as well.

From today’s teardown teaser, a hint at what’s still to come:

We’ve still got a long way to go with disassembly, but this new MacBook Pro has, at the very least, the first reasonably DIY-friendly battery replacement procedure since 2012.

We’re just getting started, so we’ll have more MacBook Pro teardown goodness coming your way real soon, including a full video and more analysis in this post. In the meantime, comment below and tell us what you’re excited to see or ask any questions you may have!

As soon as iFixit publishes the full teardown, we’ll be sure to pass it along. And, of course, it stands to reason that the primary changes Apple made in the 14-inch MacBook Pro, including the battery pull tabs, will also be present in the larger 16-inch variant as well, since they share a similar internal design.

Did you pick up the all-new, redesigned MacBook Pro? If so, how are you liking it so far?