Today, Apple got around to unleashing what it has been working on for quite some time. And what the rumor mill has been trying its very hardest to reveal for almost as long. The company has taken the wrapping off the newest MacBook Pro models in its lineup, revealing what pro users can expect to get their hands on in short order to get things done.

At today’s “Unleashed” event, Apple has announced the new MacBook Pro models that aim to strive much higher than Apple’s entry-level, 13-inch model. That starts under the hood with all new features, as well as a brand new design that should get plenty of attention out there in the wild. The brand new MacBook Pro is designed to look nice, sure, but also take advantage of all that extra power under the hood.

To get there, it looks like the rumor mill was pretty spot on. That starts with the notch. Yes, there’s a notch. The brand new MacBook Pro comes in a 14-inch and 16-inch model. It shares the same features as the larger model, but with a smaller overall footprint. And yes, it has plenty of ports. 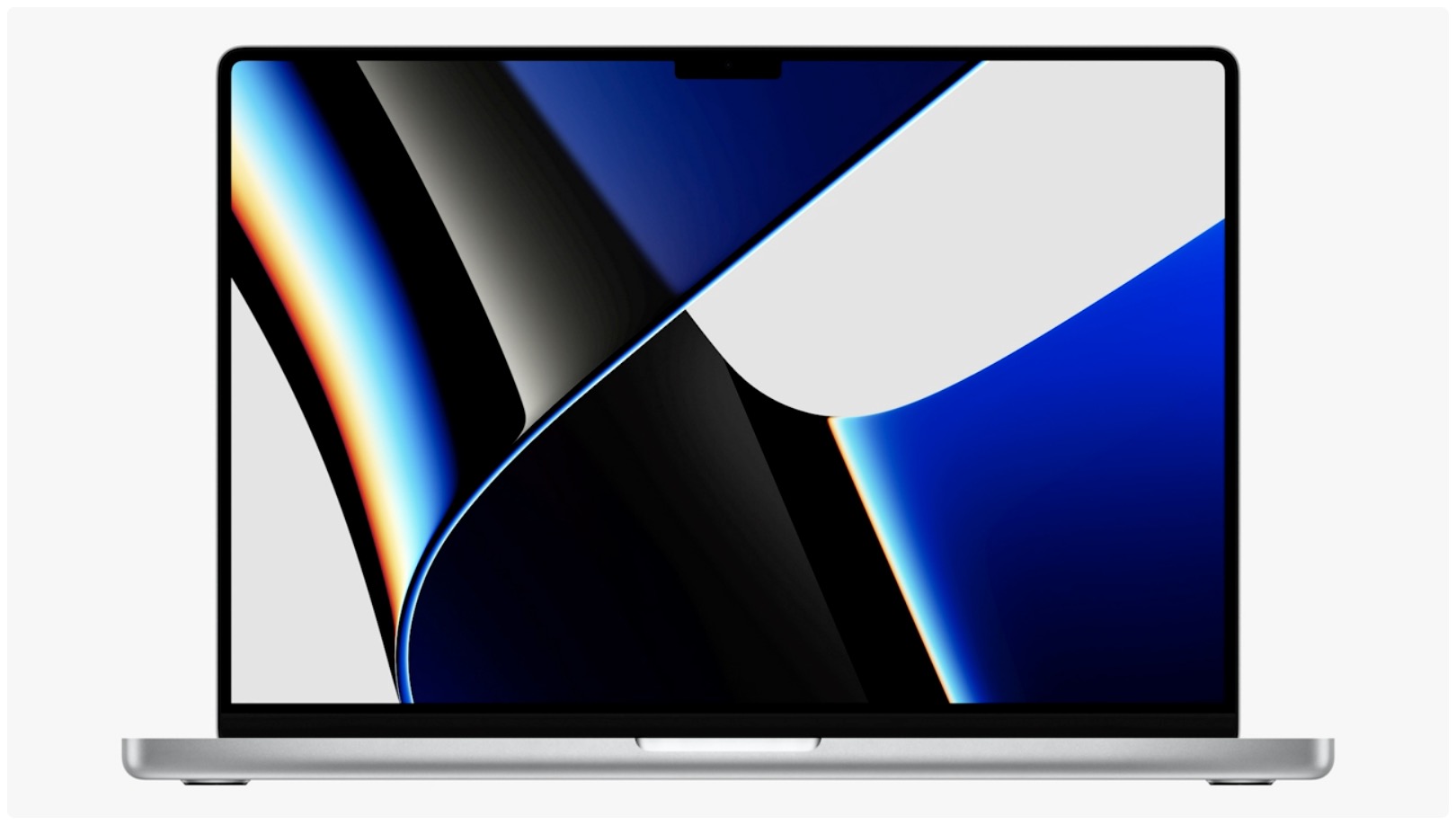 The new MacBook Pro was designed with utility and performance in mind, including with the aluminum enclosure. The new thermal system moves 50% more air even at lower fan speeds. This should help sustain performance and keep sound down over time. The fans won’t even turn on for most tasks on a daily basis, according to Apple. The 16-inch MacBook Pro weighs just over four pounds, while the 14-inch model weighs in at just over three-and-a-half pounds.

The physical keyboard is back, replacing the Touch Bar. Which means physical function keys. The Force Touch trackpad is still here, even with the keyboard getting an update. There are new ports like an HDMI port, a Thunderbolt 4 port, and a SD card slot. There is a 3.5mm headphone jack, which supports high-end headphones. There are two more Thunderbolt ports. And, yes, MagSafe is making a return to the MacBook Pro, which will offer up more power.

Users can connect up to three Pro Display XDR, and a 4K TV, with an M1 Max-equipped MacBook Pro.

Apple also unveiled two new processors specifically designed for the new MacBook Pro models. Both the 14- and 16-inch models can be equipped with either the M1 Pro or M1 Max processor, depending on your needs (and costs). Each of the new chips offer a ton of performance boosts across the board. Here’s Apple on that:

M1 Pro takes the groundbreaking architecture of M1 to a whole new level. Featuring a powerful up-to-10-core CPU with eight high-performance cores and two high-efficiency cores, along with an up-to-16-core GPU, M1 Pro delivers up to 70 percent faster CPU performance than M1, and up to 2x faster GPU performance. M1 Pro also delivers up to 200GB/s of memory bandwidth — nearly 3x the bandwidth of M1 — and supports up to 32GB of fast unified memory. Designed to dramatically speed up pro video workflows, M1 Pro adds a ProRes accelerator in the media engine, delivering unbelievably fast and power-efficient video processing.

M1 Max — the world’s most powerful chip for a pro notebook — builds on M1 Pro, taking its amazing capabilities even further. M1 Max features the same powerful 10-core CPU as M1 Pro, and doubles the GPU with up to a massive 32 cores for up to 4x faster GPU performance than M1. It also has up to 400GB/s of memory bandwidth — 2x that of M1 Pro and nearly 6x that of M1 — and up to 64GB of fast unified memory. With even the latest PC laptops topping out at 16GB of video memory, having this huge amount of memory available is game-changing for pro workloads, allowing pros to do things that were previously unimaginable on a notebook. 3D artists on the new MacBook Pro can now easily work with extreme geometry and textures in scenes that pro PC laptops can’t even run. M1 Max also offers an enhanced media engine that features two ProRes accelerators for even higher multi-stream performance. As a result, pros can edit up to 30 streams of 4K ProRes video or up to seven streams of 8K ProRes video in Final Cut Pro — more streams than on a 28-core Mac Pro with Afterburner. And for the first time on any Mac, video editors can grade color in HDR on 8K ProRes 4444 video on battery when they’re miles away from the edit bay.

Both M1 Pro and M1 Max are supercharged with a 16-core Neural Engine, allowing users to enjoy faster ML tasks, including:

The enclosure is 24% thinner around the display. The screen’s been expanded around the camera, giving more screen real estate. Apple raised the menu bar “up and out of the way”, automatically wrapping it around the camera. This should give more room for content on the screen, especially when getting things done. The 16-inch model is a 16.2-inch display, in nearly the same size enclosure as the previous model. It has 1.68 million more pixels. It supports 7.7 million pixels, the most ever in an MacBook Pro model. The 14-inch model supports just over five million pixels.

ProMotion is here, with support up to 120Hz refresh rates in both models. The dynamic refresh rate will alter based on what you’re doing, aiming to preserve power and battery with daily usage. The display also supports 1 billion colors. It’s a Liquid Retina XDR display in both the 14- and 16-inch MacBook Pro models, the same one that’s in the 12.9-inch iPad Pro. It can sustain 1,000 nits brightness and 1,600 nits peak brightness for dynamic range content.

The pro features don’t stop there. The front-facing camera is a 1080p HD camera. It lets in more light with a wider aperture. It has more efficient pixels, so low-light performance should be better overall. Apple says it’s the best camera system in a Mac notebook.

The company also says it’s including studio-quality microphones in the MacBook Pro models. The new 16-inch model has a six-speaker sound system, with two tweeters and four noise-canceling woofers. Woofers will displace twice as much air, with up to 80% more bass. Half an octave deeper, accessing an even better sound range. Both models support Spatial Audio.

MagSafe returns to MacBook Pro with MagSafe 3, featuring an updated design and supporting more power into the system than ever before. MagSafe 3 makes connecting a charge cable quick and easy while protecting MacBook Pro. Additionally, fast charge comes to the Mac for the first time, charging up to 50 percent in just 30 minutes.