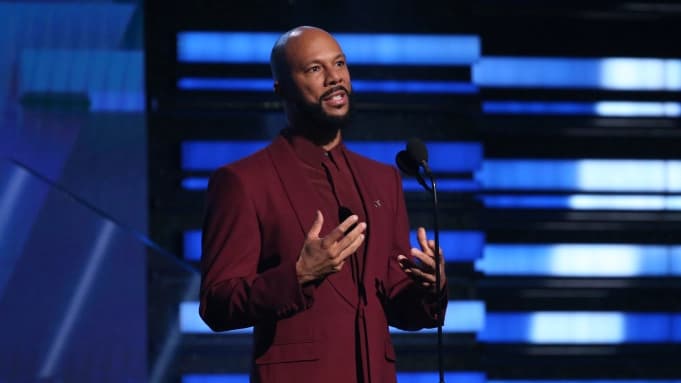 Earlier this year, we heard about a major new series heading to Apple TV+ called Wool. The show is set to star Rebecca Ferguson (Dune, Mission: Impossible Fallout) in the lead role. And while we’re still missing a premiere date, we at least know one more face joining the cast today.

Deadline has the story, which says Common (The Hate U Give) is enlisting in the series. No word on which character Common will be playing, but he’ll be starring alongside the aforementioned Ferguson, Tim Robbins (Jacob’s Ladder, Mystic River), David Oyelowo (Ted Lasso), and Rashida Jones (On the Rocks).

In this story, humanity is on the brink with the earth ruined by toxicity in the air. Now, those who remain live in an underground silo. The construction is hundreds of stories deep, and regulations have been put in place by those in charge to help keep those in the silo safe.

Morten Tyldum (The Imitation Game) will direct, while Graham Yost (Justified) is writing the project. AMC Studios is producing for Apple TV+. Wool was originally published as a trilogy. The show is based on the books written by Hugh Howey.

Wool has an interesting publishing history. Howey penned the initial tale as a short story, which was published online. That brought in plenty of attention, after which the author then went on to publish additional stories in what’s now a series. There are three books in the series: Wool, Shift, and Dust.

The project has been in the works for quite some time, apparently, with cable network AMC set to carry it many years ago. That project was originally supposed to be adapted by LaToya Morgan of the network’s Into the Badlands. However, that did not pan out.

Are you planning to check Wool out when it arrives?